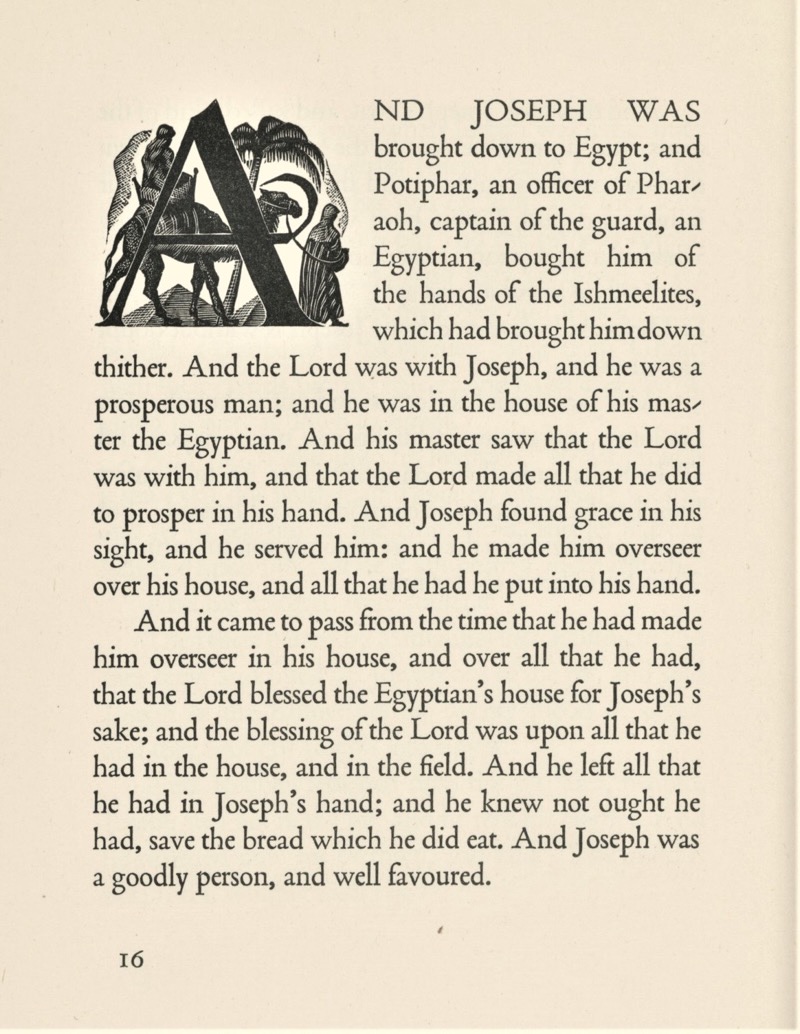 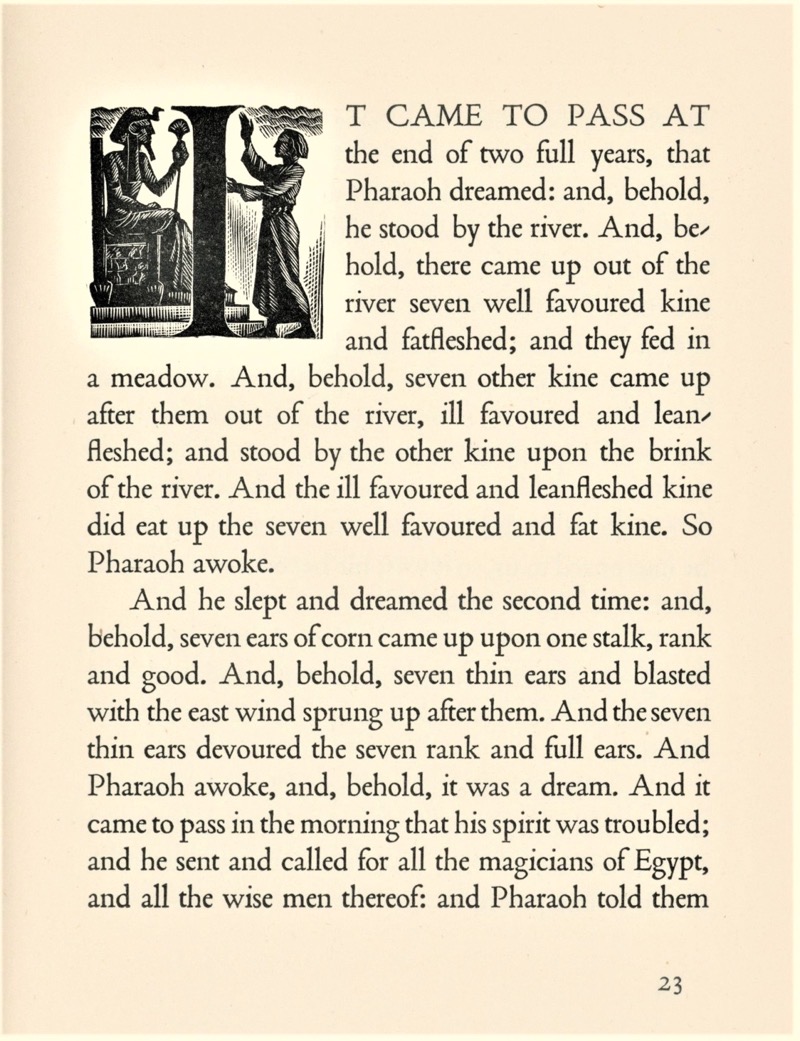 Nora S. Unwin (1907-1982), engravings from Joseph; the King James Version of a Well-loved Tale, arranged with an introduction by her friend and frequent collaborator Elizabeth Yates, and printed and bound by the Plimpton Press in 1947 for Alfred A. Knopf in America and the Ryerson Press in Canada. From the University of Wisconsin-Milwaukee Special Collections. 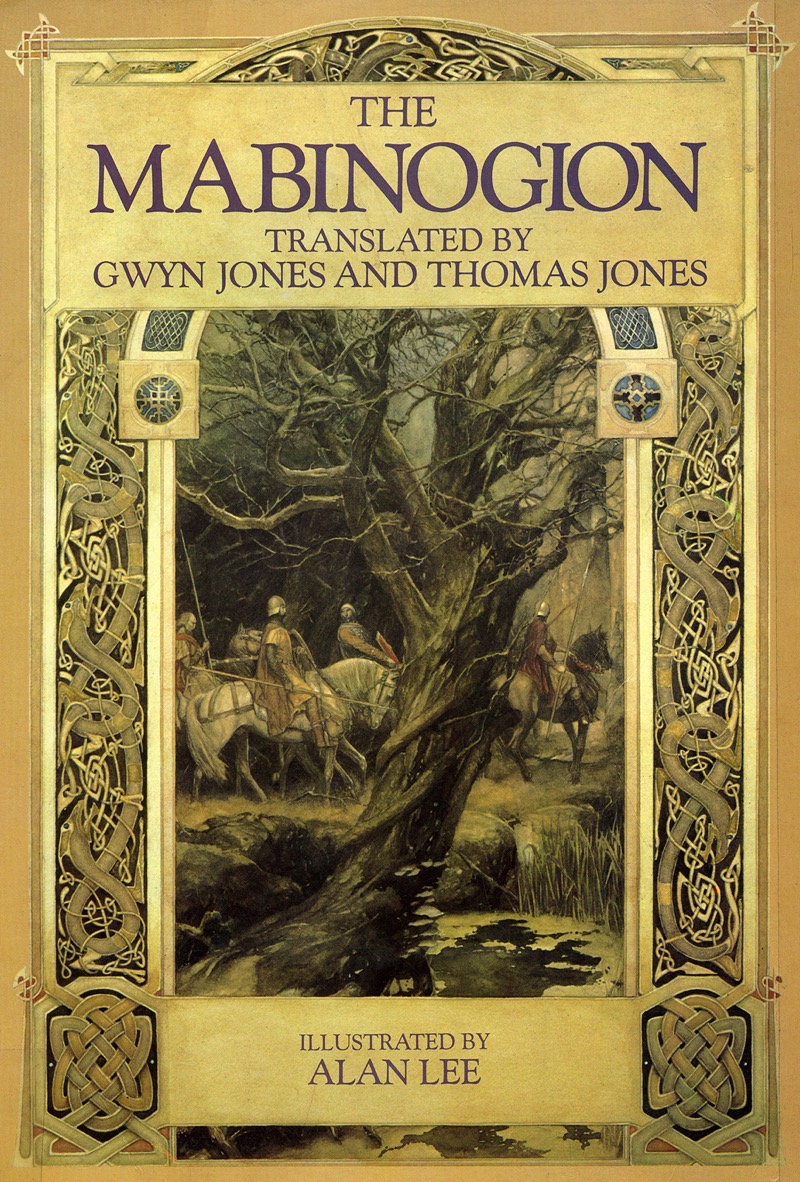 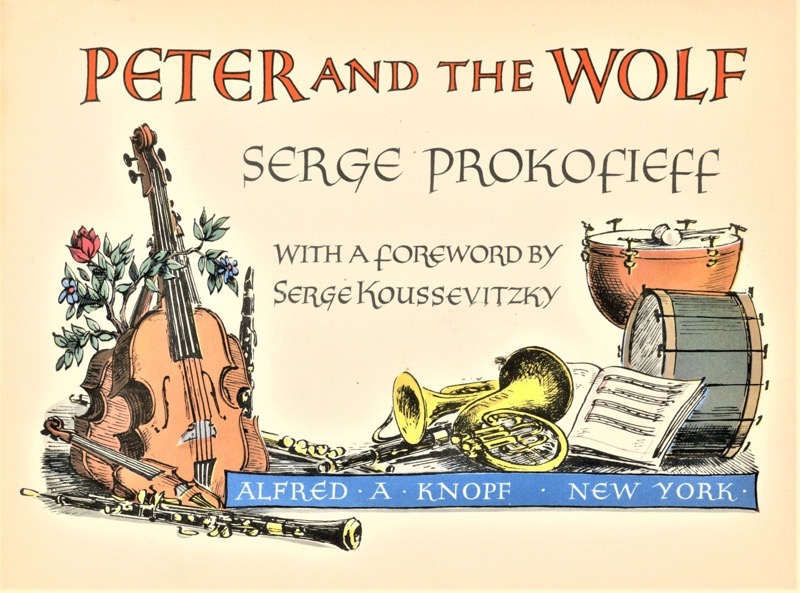 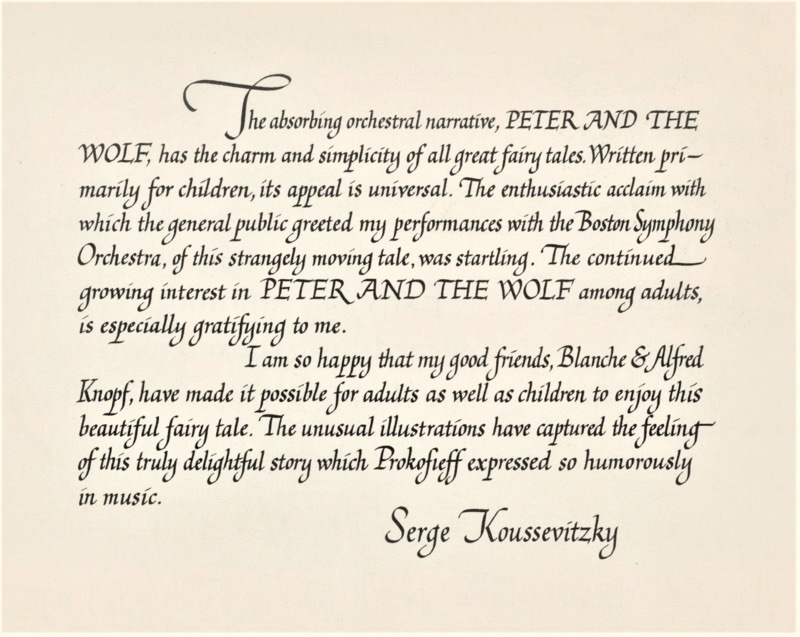 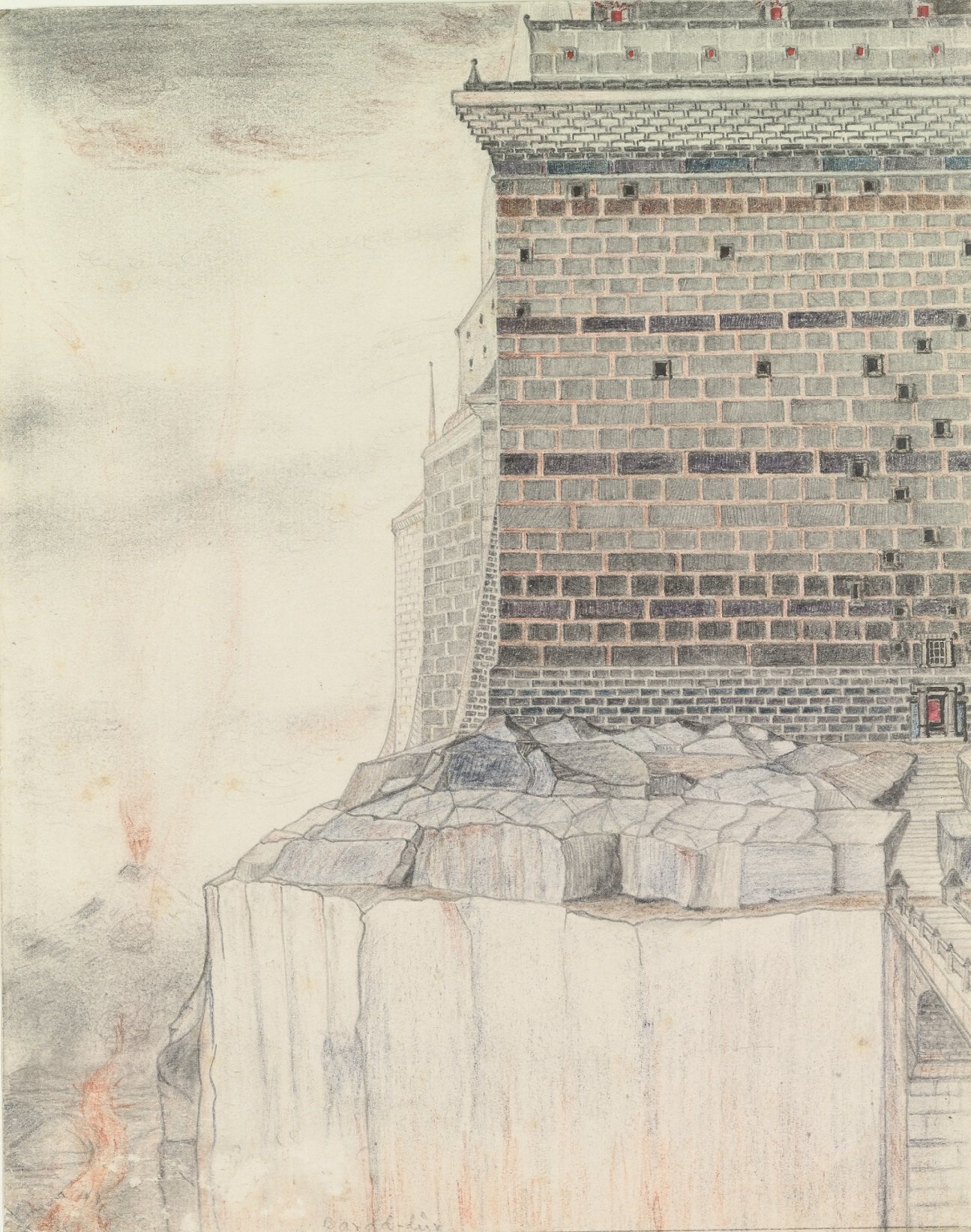 Tolkien’s own drawing of Sauron’s fortress Barad-dûr, with Mount Doom in the distance. 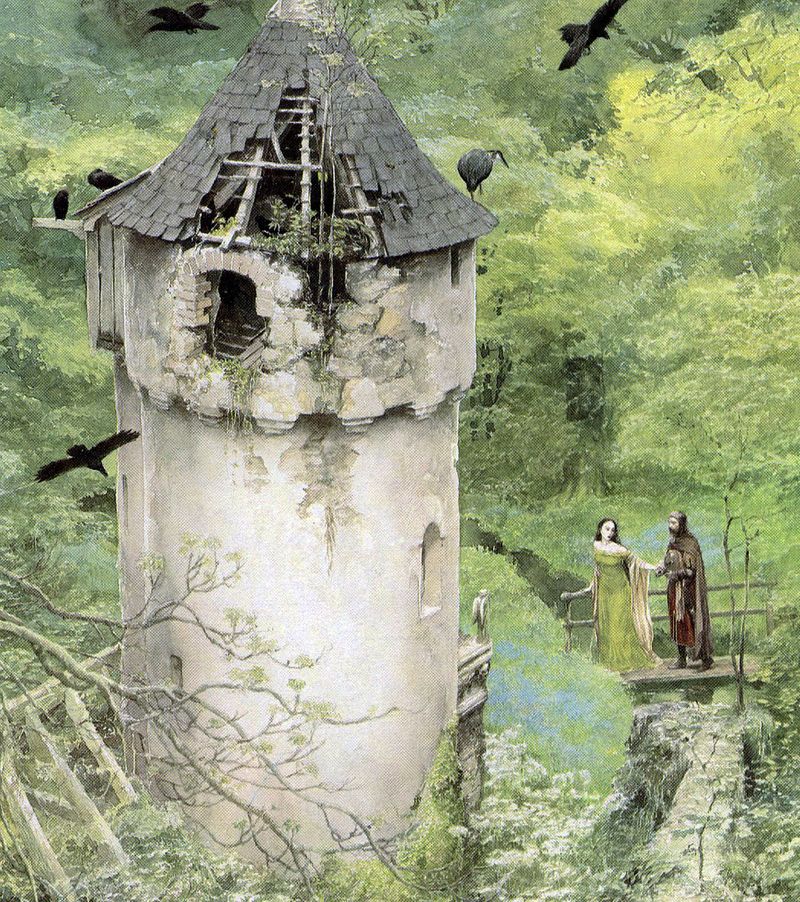 From Alan Lee’s illustrations for the Mabinogion

Gorey’s first book, The Unstrung Harp, was published in 1953, the year he moved to New York. He was working for Anchor Books, a new imprint of Doubleday, set up for the production of ‘quality literature … in mass-market paperback format’. Despite his own literary ambitions and the fact that he was trying and failing to write a novel, Gorey wasn’t employed on the editorial side but in the art department, where he worked variously as a cover artist and book designer. It was here that he hit on the form and order that [his former teacher John] Ciardi saw he needed. Having no training in typographic design, he found marking up layouts for the printer difficult. In an early example of what Dery calls his avant-retroism, Gorey decided that rather than look up all the fonts and calculate the point sizes it was ‘simply easier to hand-letter the whole thing’. The use of manual processes to imitate technical ones became an essential feature of his work. The delicate cross-hatching that gives his monochrome illustrations the velvety depth of 19th-century engravings was all done by hand with a crow quill dip pen. Having worked out his modus operandi, Gorey became ‘fast and competent’ at his job and used the rest of his time at the office to produce his own books. 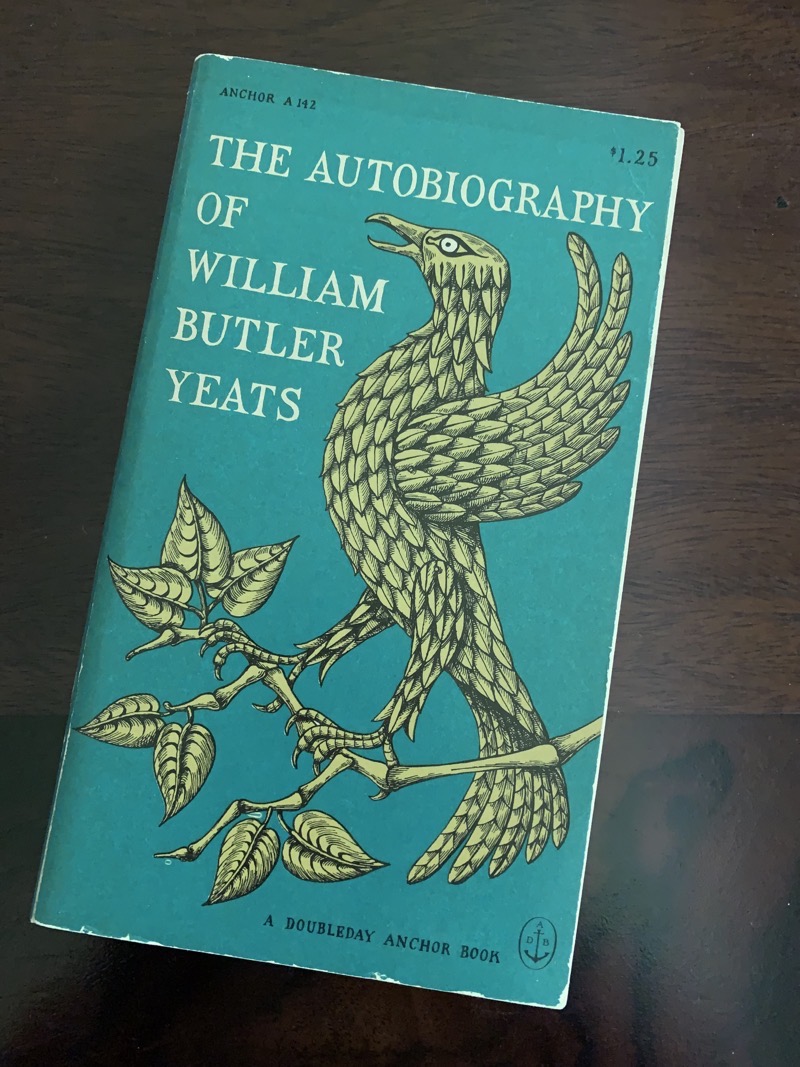 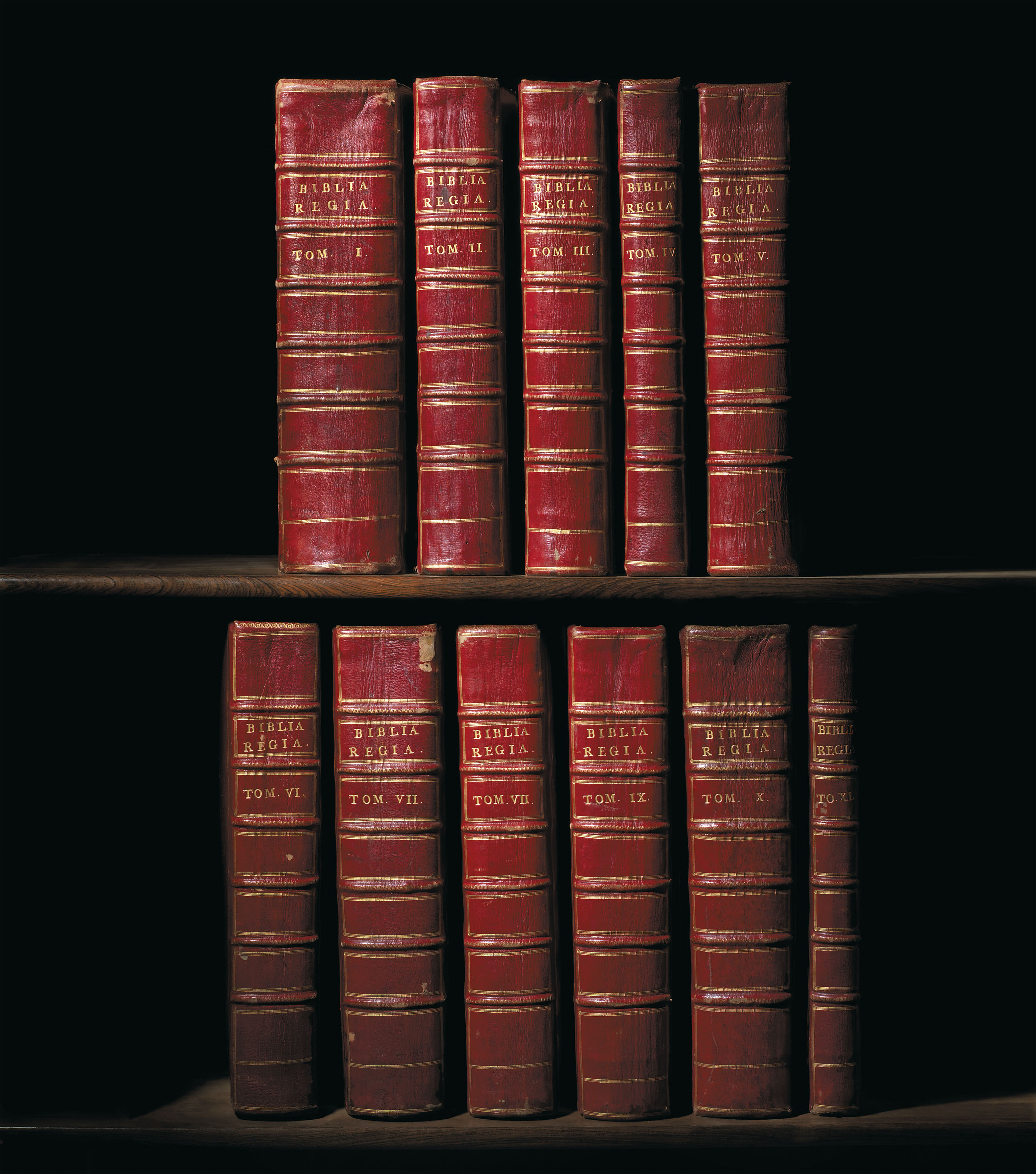 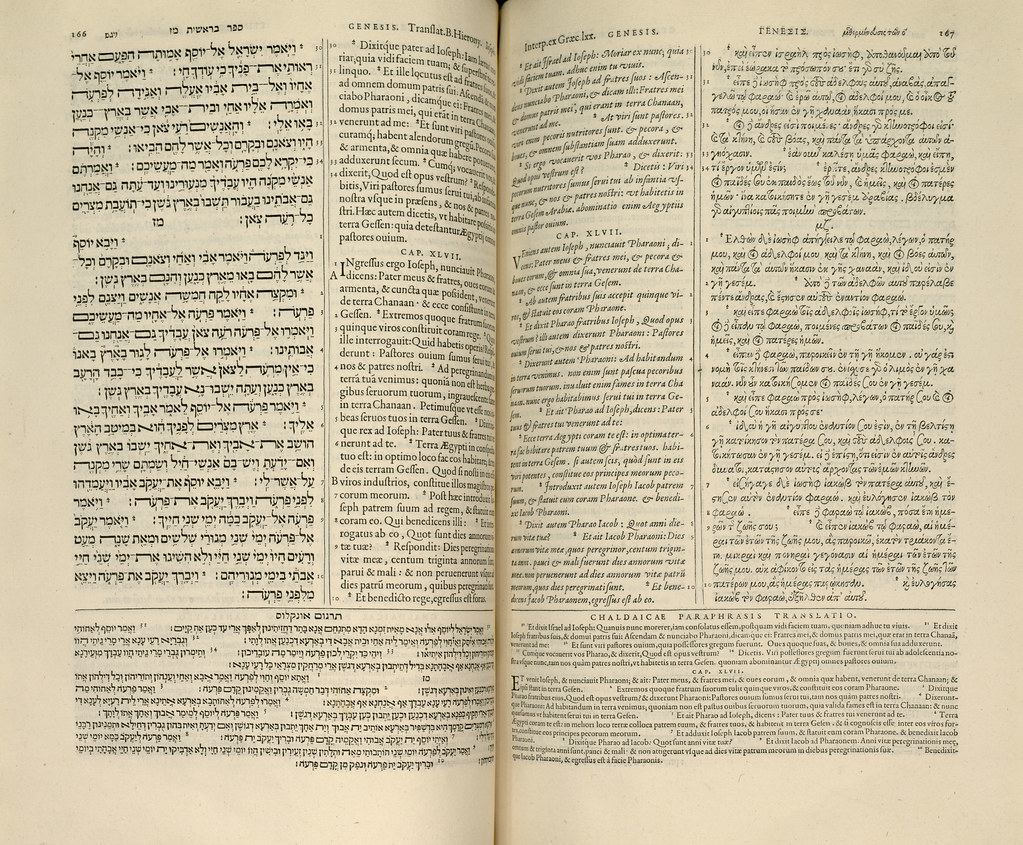 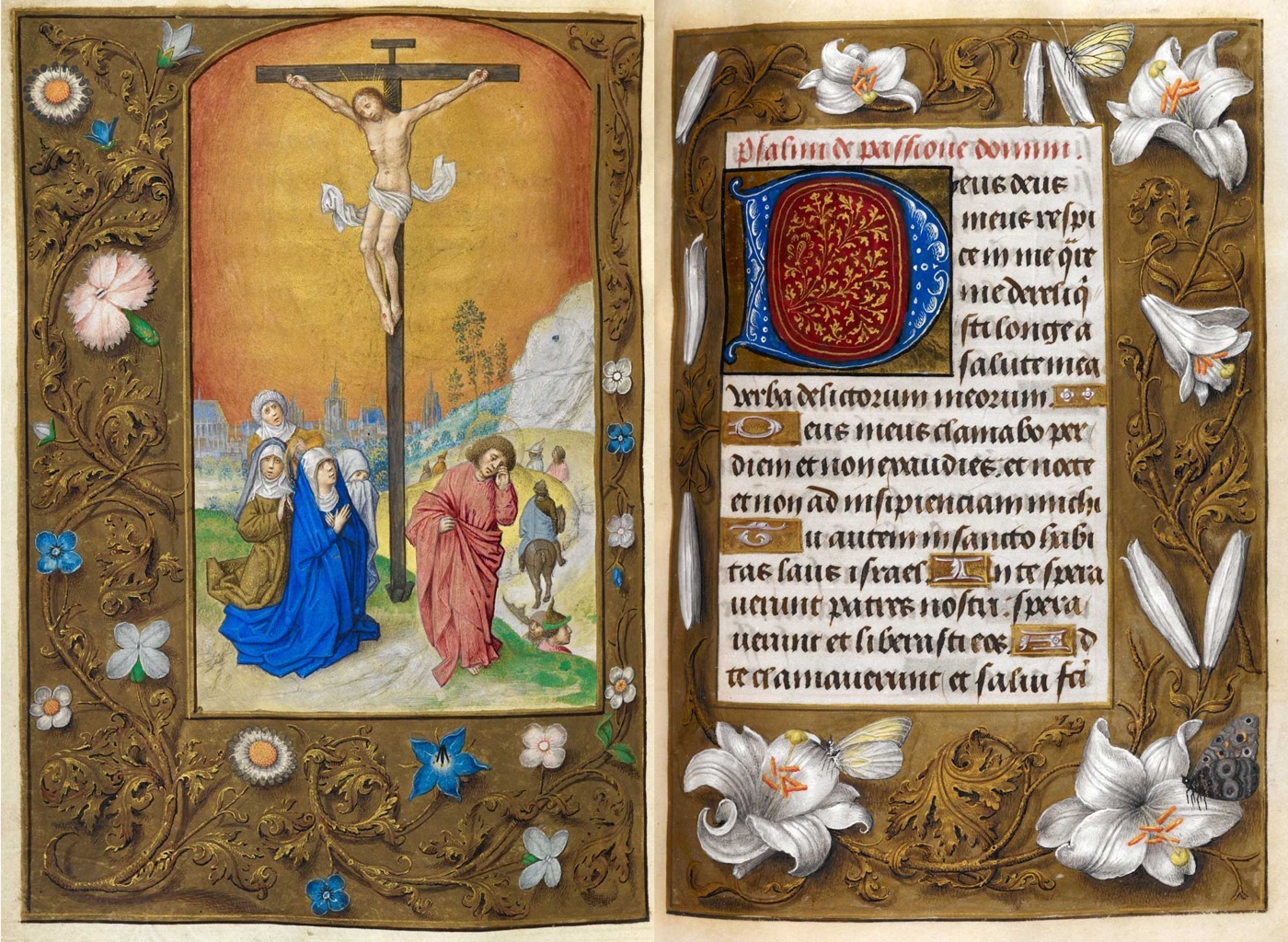 The lovely Hastings House Book of Hours, from this great I Love Typography post, which has other cool images as well. 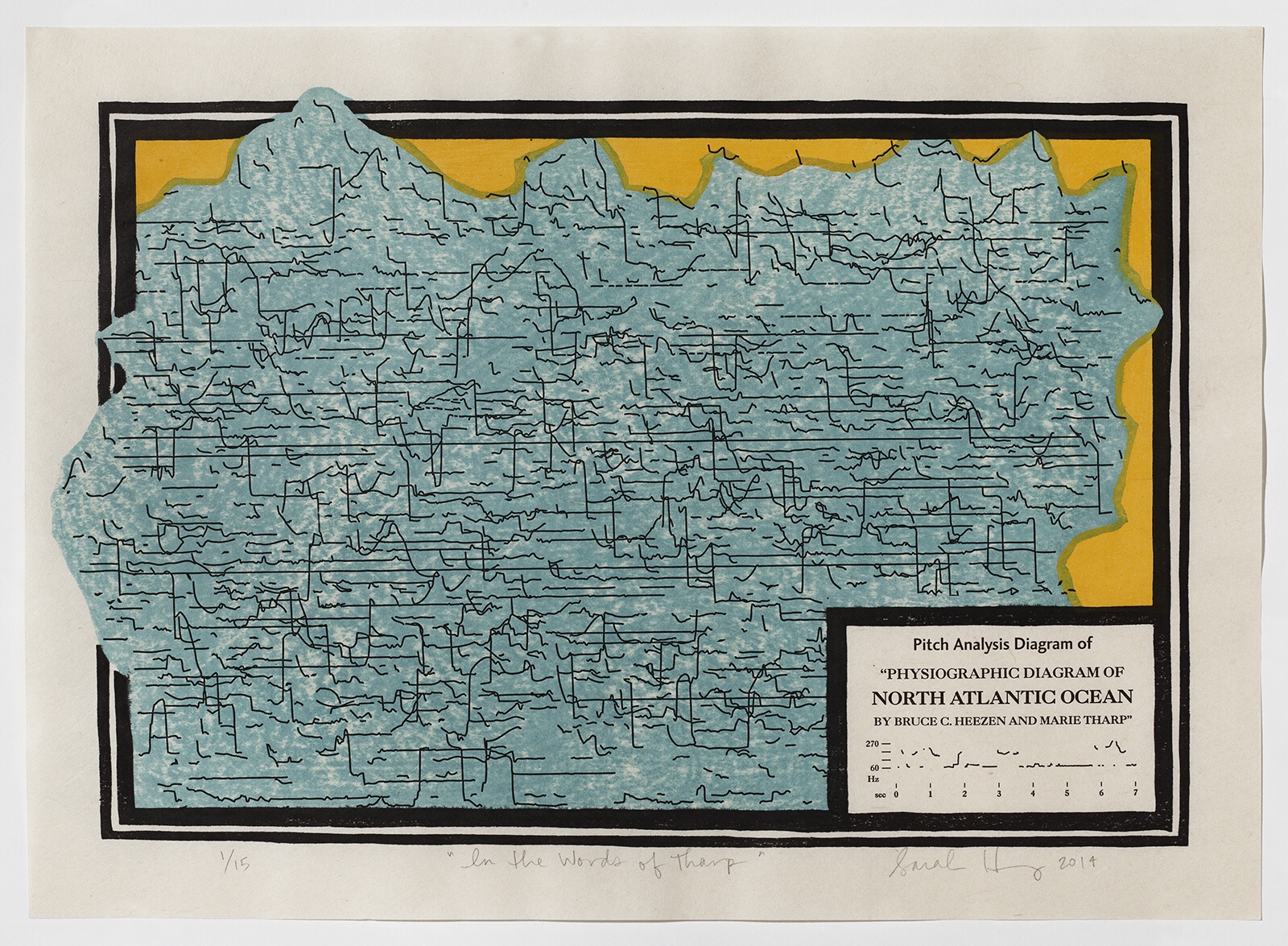 Ann Buttimer, “Alexander von Humboldt’s Geography of Plants:Bridging Sciences and Humanities.”  Click on the image for a larger version. 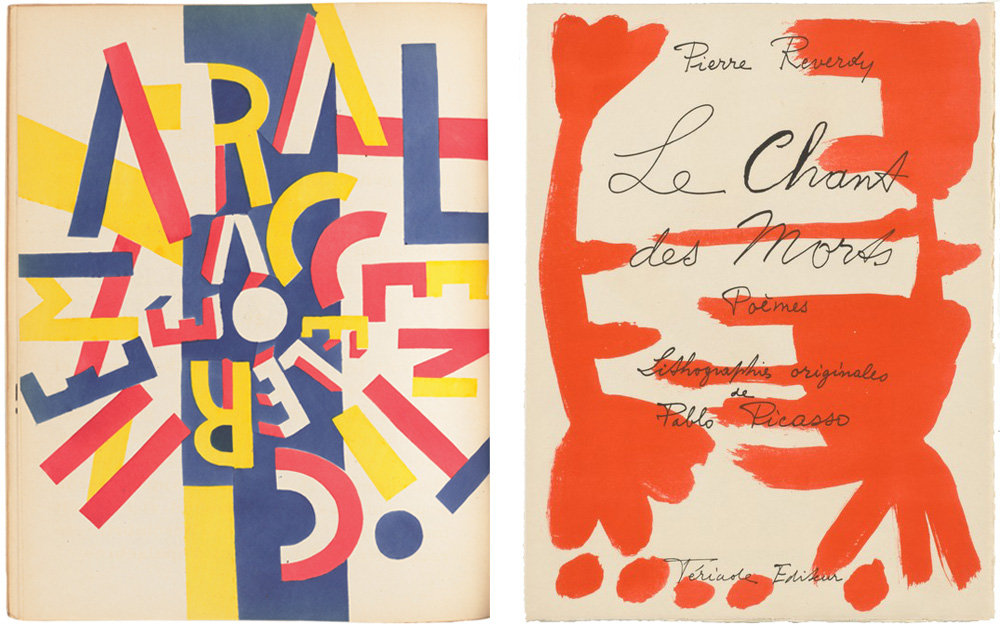 News from nowhere, or, An epoch of rest : being some chapters from a Utopian romance.

eadfrith: Holkham Bible Picture Book – folio 2r; God the Creator with his architect’s compasses in a ring, surrounded by a colourful heaven. Angels above and hell-fire and the Hell Mouth below. Manuscript dated to 1327 – 1335 and made in England possibly London. 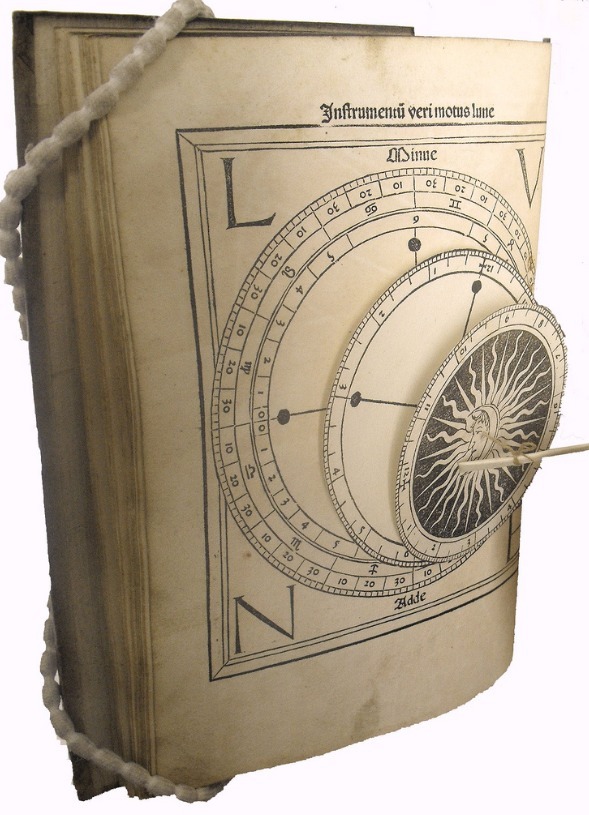 This book was printed in 1482, when printing was just invented – by Johannes Gutenberg, c. 1455. It is remarkable what printers were able to do after two decades of experimenting with the new medium. As this image shows, they were able to produce a book that showed the movement of the moon with the help of cut-out “paper wheels”, which hovered in front of the page. You can just imagine how the printer who designed and produced this 3D page must have felt, over 550 years ago. What a thrill it must have been to produce one of the first pop-up books in the western world.