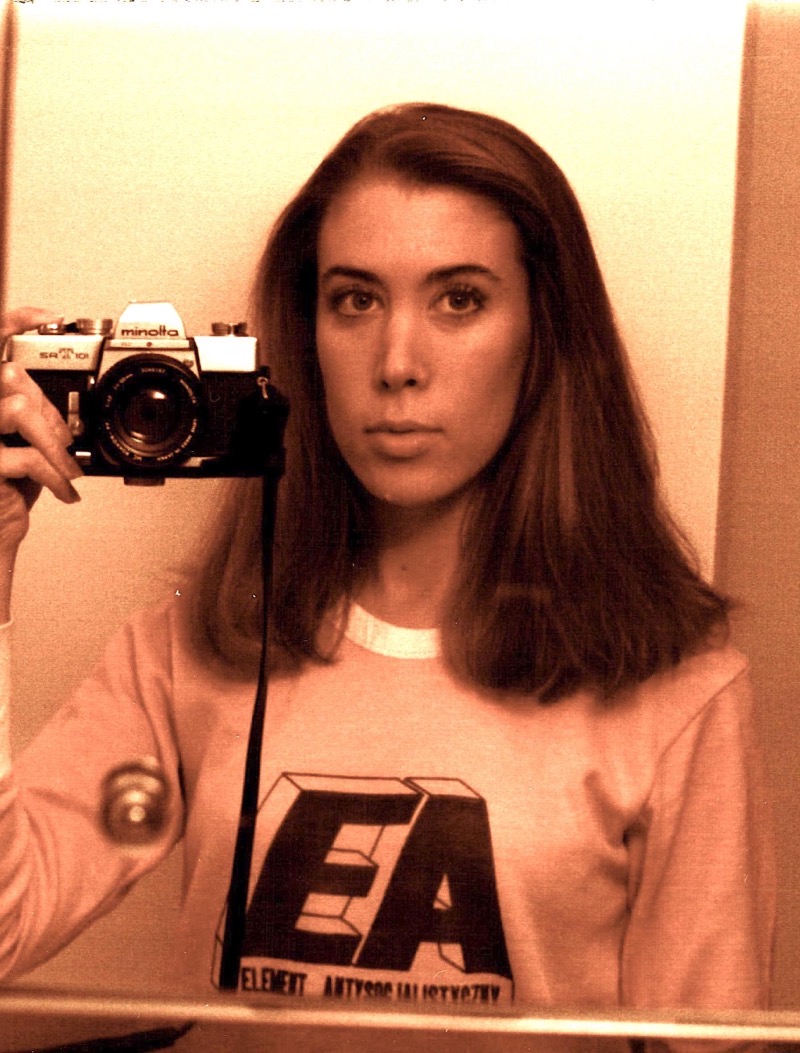 While I’m in Covid-induced memory mode… This is my beloved, circa 1981, with what I think is her first selfie. She had been listening to a public radio show featuring Ben Wattenberg in which Wattenberg explained that the Communist government in Poland had been cracking down on “antisocialist elements” — which led to dissidents making shirts on which they proudly identified themselves as just that: ELEMENT ANTYSOCJALISTYCZNY. So Teri found an address and wrote to Wattenberg to see if he could get her such a shirt, and behold — this selfie. She still has the shirt, by the way, though that old Minolta SLR is long gone.

Albert Camus once wrote that the attitude of the French intelligentsia towards the pieds noirs — the ethnic French in Algeria — was “You go ahead and die, that’s what we deserve.” That is now what French law is saying to France’s Jews — but even more bluntly.

From the new issue of the Economist:

A recent study by the European Council on Foreign Relations, a think-tank, divides Europe’s voters into four groups named catchily, if not entirely convincingly, for factions from “Game of Thrones”, a television series about failures in governance. People confident in both their national governments and the EU sit in the stalwart House of Stark; those who think that their country is broken but that Europe works are Daeneryses. Both will tend towards incrementalism. Those confident in their national government but not the EU are the Free Folk: those who think both are broken are the millenarian Sparrows. Both those factions tend towards radical reform.

If I were English I’d definitely be a Sparrow.

To the authors and signatories of this letter I have one thing to say: “The Faith is Europe, and Europe is the Faith.”