The coming food catastrophe | The Economist:

By invading ukraine, Vladimir Putin will destroy the lives of people far from the battlefield — and on a scale even he may regret. The war is battering a global food system weakened by covid-19, climate change and an energy shock. Ukraine’s exports of grain and oilseeds have mostly stopped and Russia’s are threatened. Together, the two countries supply 12% of traded calories. Wheat prices, up 53% since the start of the year, jumped a further 6% on May 16th, after India said it would suspend exports because of an alarming heatwave.

The widely accepted idea of a cost-of-living crisis does not begin to capture the gravity of what may lie ahead. António Guterres, the un secretary general, warned on May 18th that the coming months threaten “the spectre of a global food shortage” that could last for years. The high cost of staple foods has already raised the number of people who cannot be sure of getting enough to eat by 440m, to 1.6bn. Nearly 250m are on the brink of famine. If, as is likely, the war drags on and supplies from Russia and Ukraine are limited, hundreds of millions more people could fall into poverty. Political unrest will spread, children will be stunted and people will starve.

Mr Putin must not use food as a weapon. Shortages are not the inevitable outcome of war. World leaders should see hunger as a global problem urgently requiring a global solution.

It’s hard to imagine anything more important for the world’s governments to focus on. I doubt that they will; I pray that they will.

I am huge fan of the wines made by Steve and Jill Matthiasson, and one of their most remarkable products is their sweet vermouth, which is not like anything else I’ve tasted. In a recent newsletter they tell us, graphically, how they make it:

I’ve written before in praise of our wonderful local restaurant Milo, but we haven’t been able to visit during the pandemic (just ordered to-go a few times). Last night Teri and I were there for dinner — a special occasion! — and it was great to see that chef Corey McEntyre and his crew are still creating wonderful stuff. Their creativity with vegetables is especially noteworthy. These charred carrots were amazing: 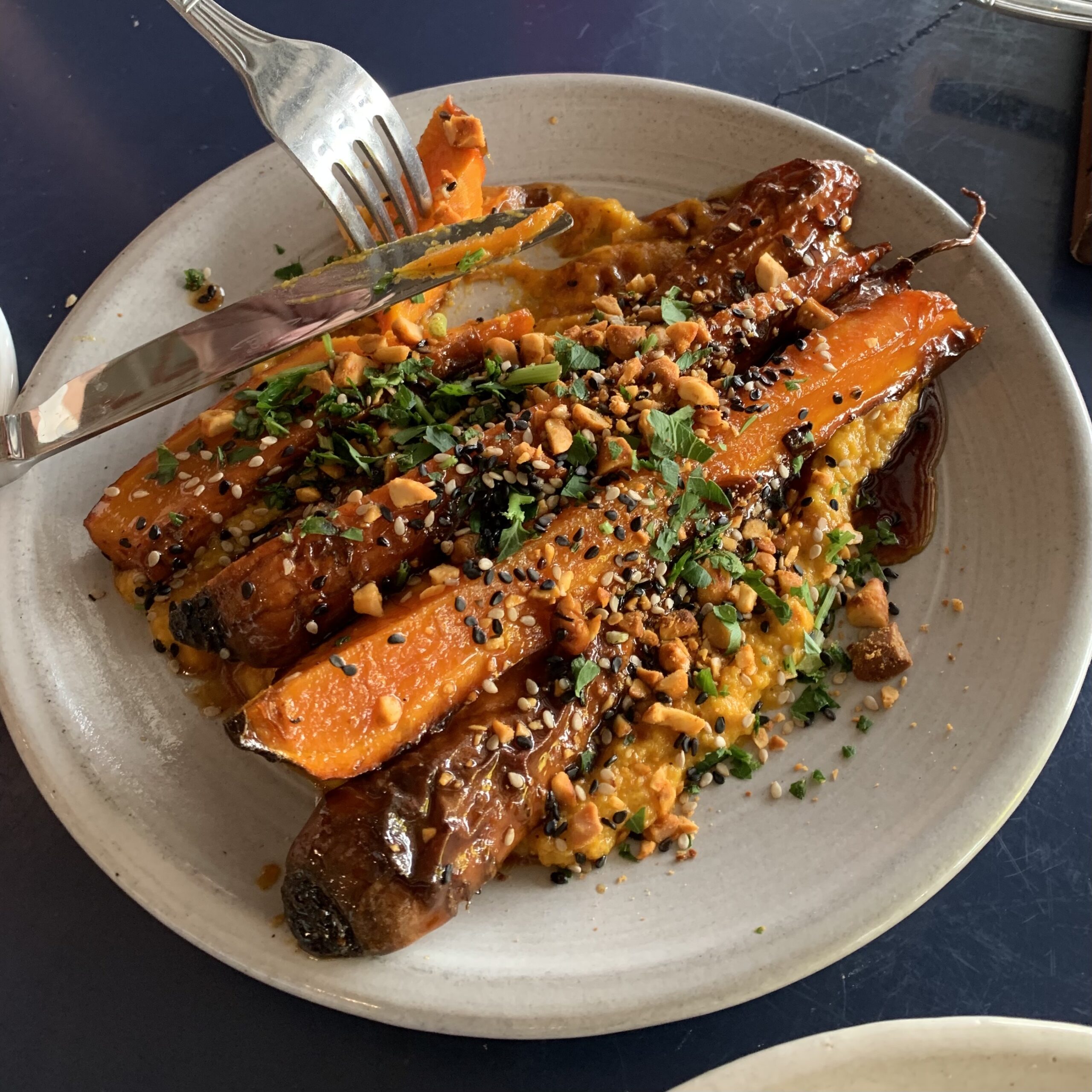 Ditto the roasted beets on yogurt with spicy peanuts crumbled on top: 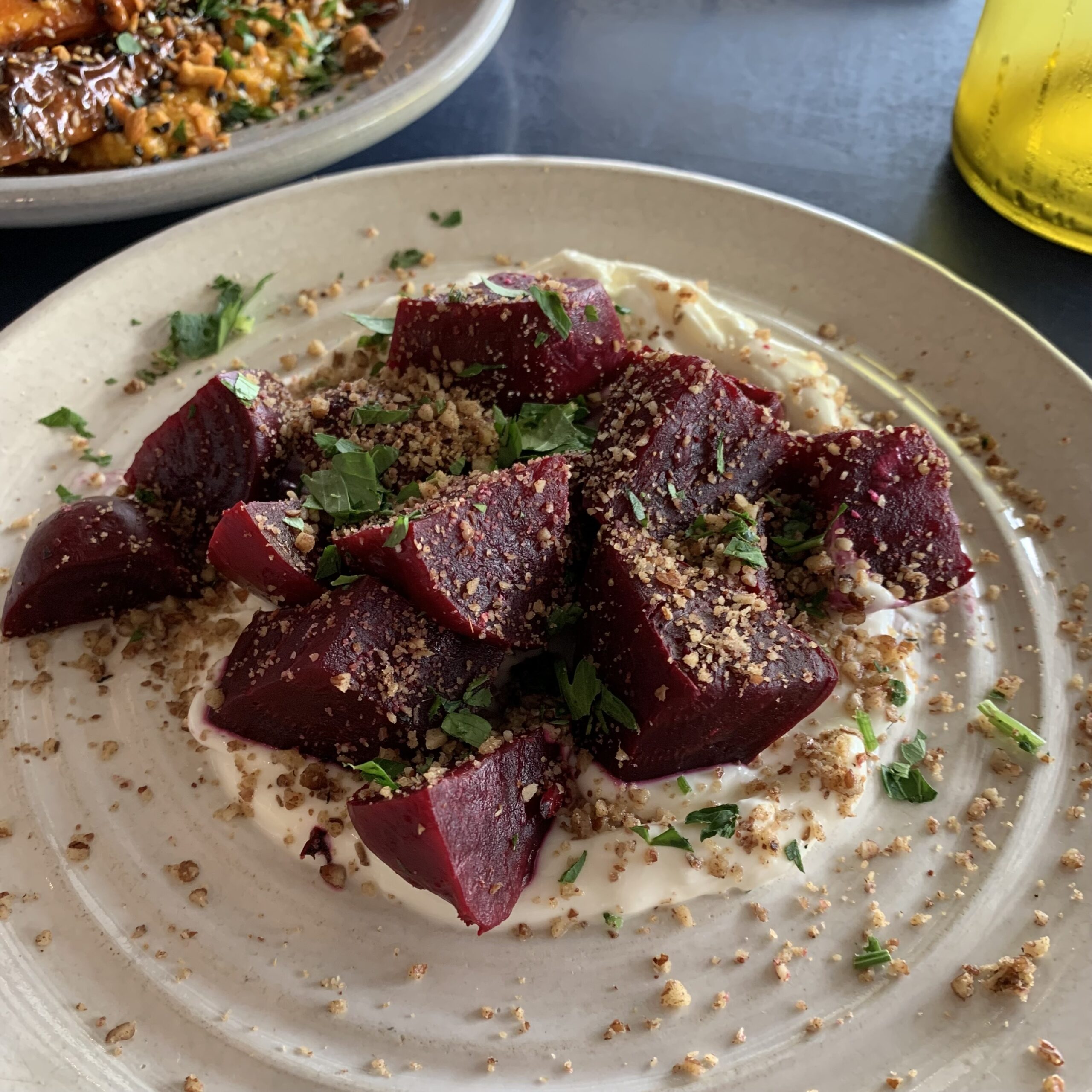 And a salad of thinly-sliced summer squash with greens, wonderfully dressed and topped with shaved parmesan: 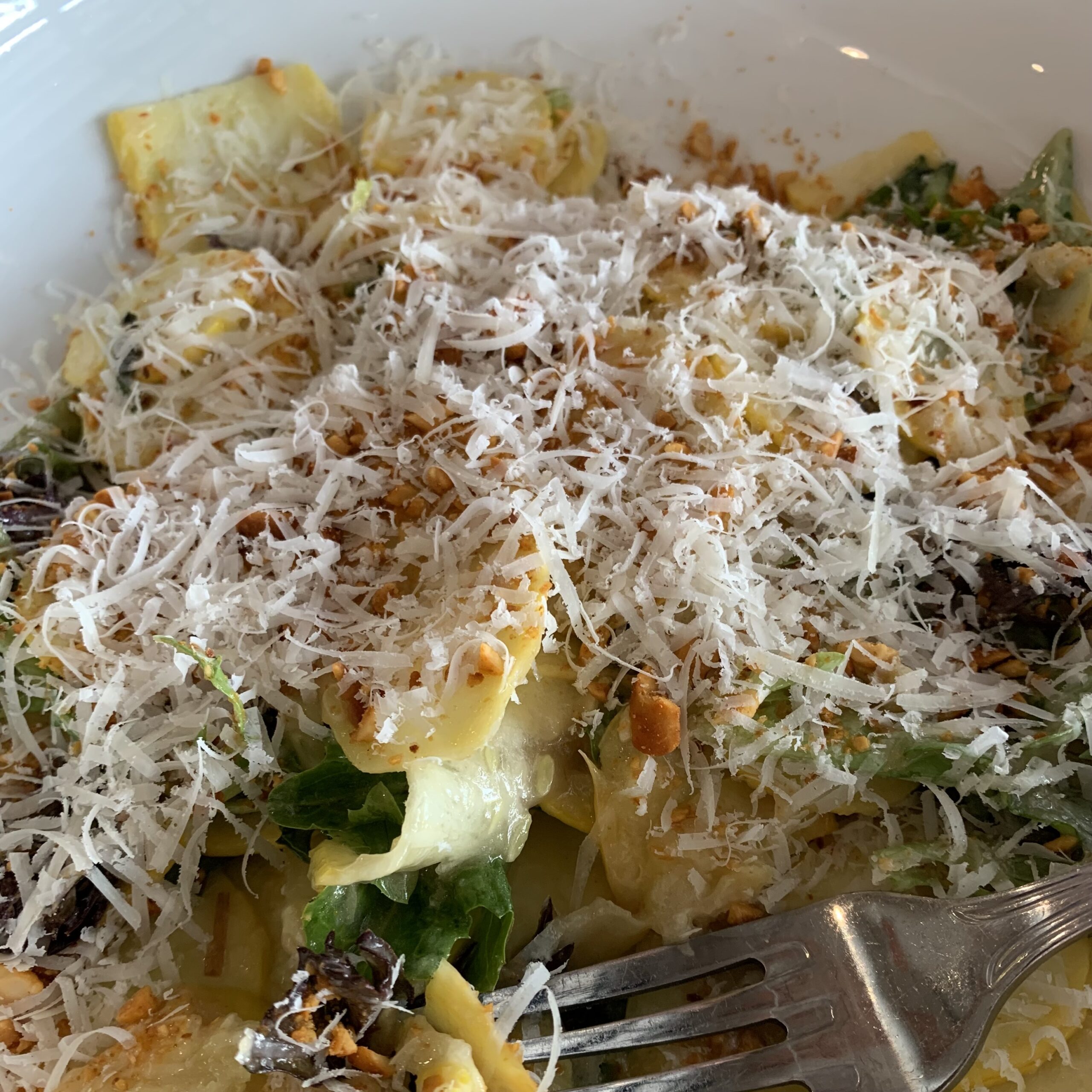 If you come to Waco, you gotta visit Milo!

Another amazing meal at Milo last night — this is grilled pork loin on a bed of sweet potato purée, topped with collard greens that had had something remarkable done to them. Fabulous flavors. My dear fellow Wacoans, and visitors too, don’t miss this place.

This morning after church we stopped at Milo All Day to pick up kolaches, a cinnamon roll, a pain au chocolat, and, of course, biscuits. I told Teri to try the biscuits first, and after about three bites she said, ‘That may be the best thing I have ever put in my mouth.” If not, it’s pretty darn close. (Also, we have now eaten our week’s quota of carbs.)

I’m hanging out this morning at a new local place, Milo All Day. Corey MacIntyre, the chef/owner, has been foodtrucking and catering and cooking around here for a few years — he did this amazing dinner a while back — but an actual restaurant is new for him. It opened while I was in London, so this is my first time to visit, and it’s awesome. First of all, it’s a lovely space: 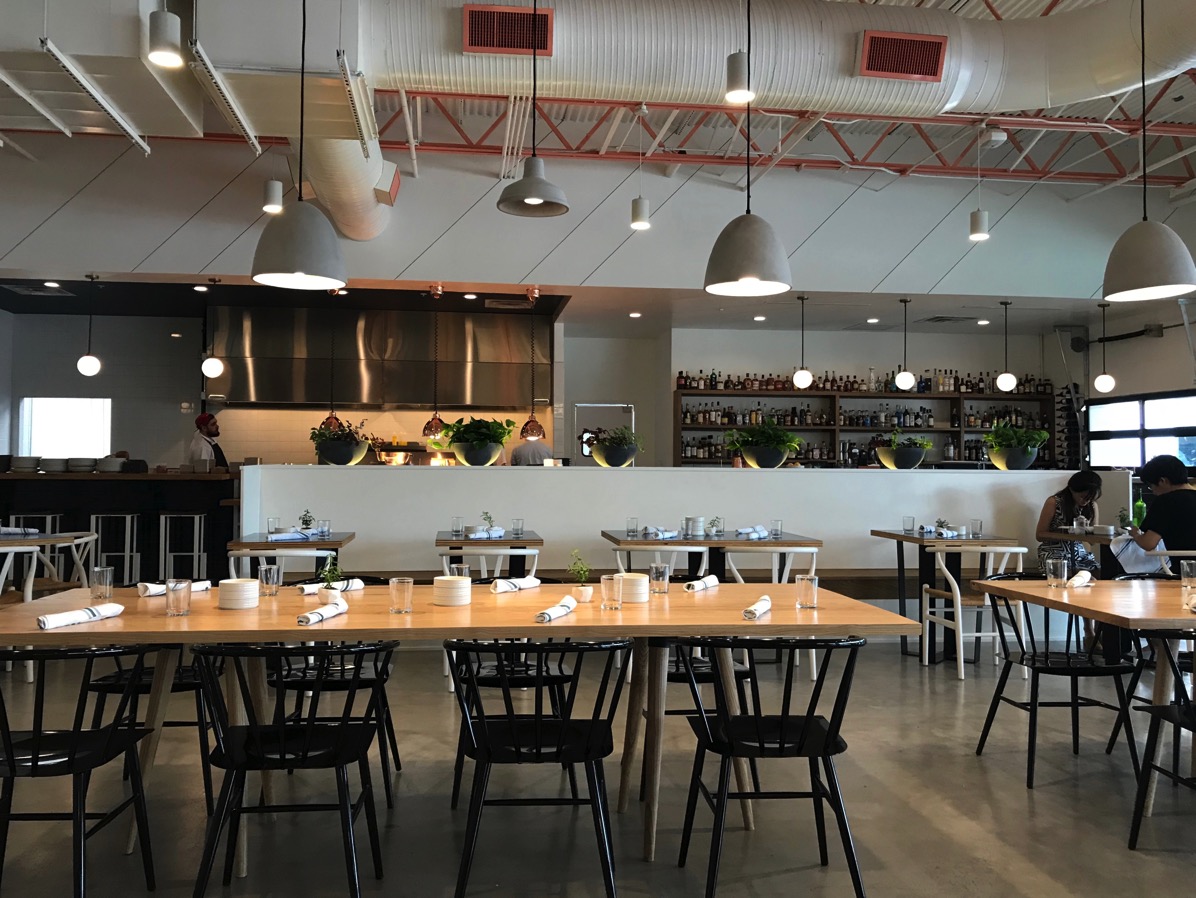 (Lots of outdoor seating too.) I decided to carb it up this time, which is not what I should be doing, but look at the cream-cheese kolache and the buttermilk biscuit: 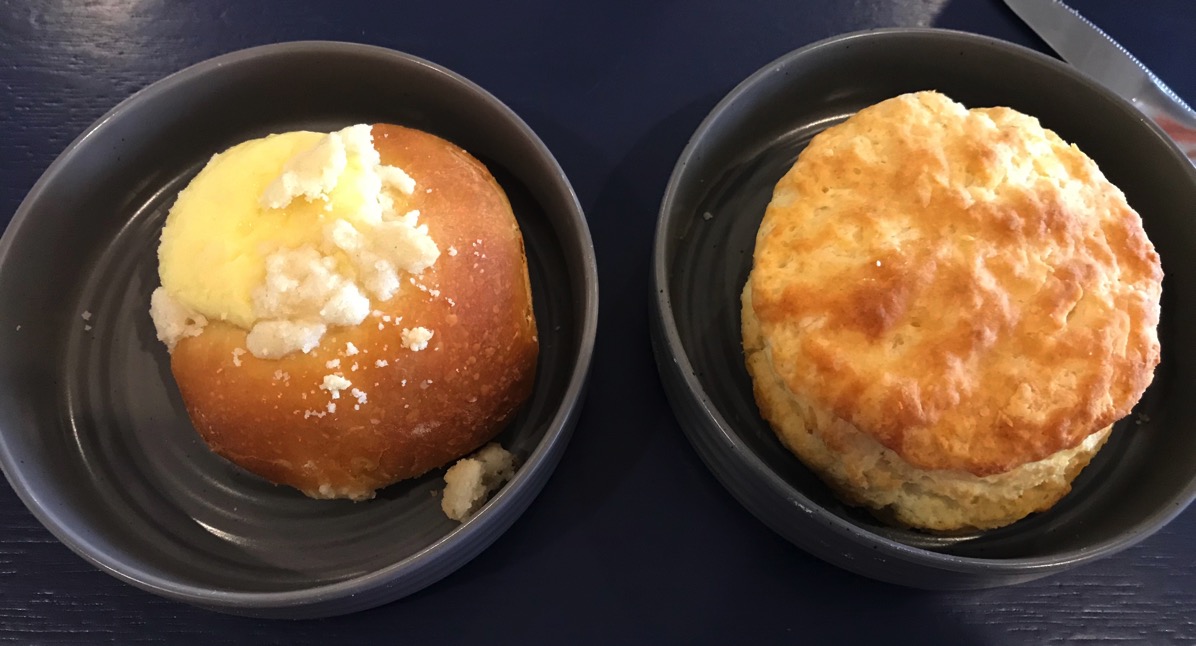 Corey says his grandmama’s biscuit recipe is the best, and I am prepared to agree.  I had it with an amazing house-made peach jam.

I’m looking forward to lunch and dinner at Milo All Day. It’s a great addition to Waco’s downtown. 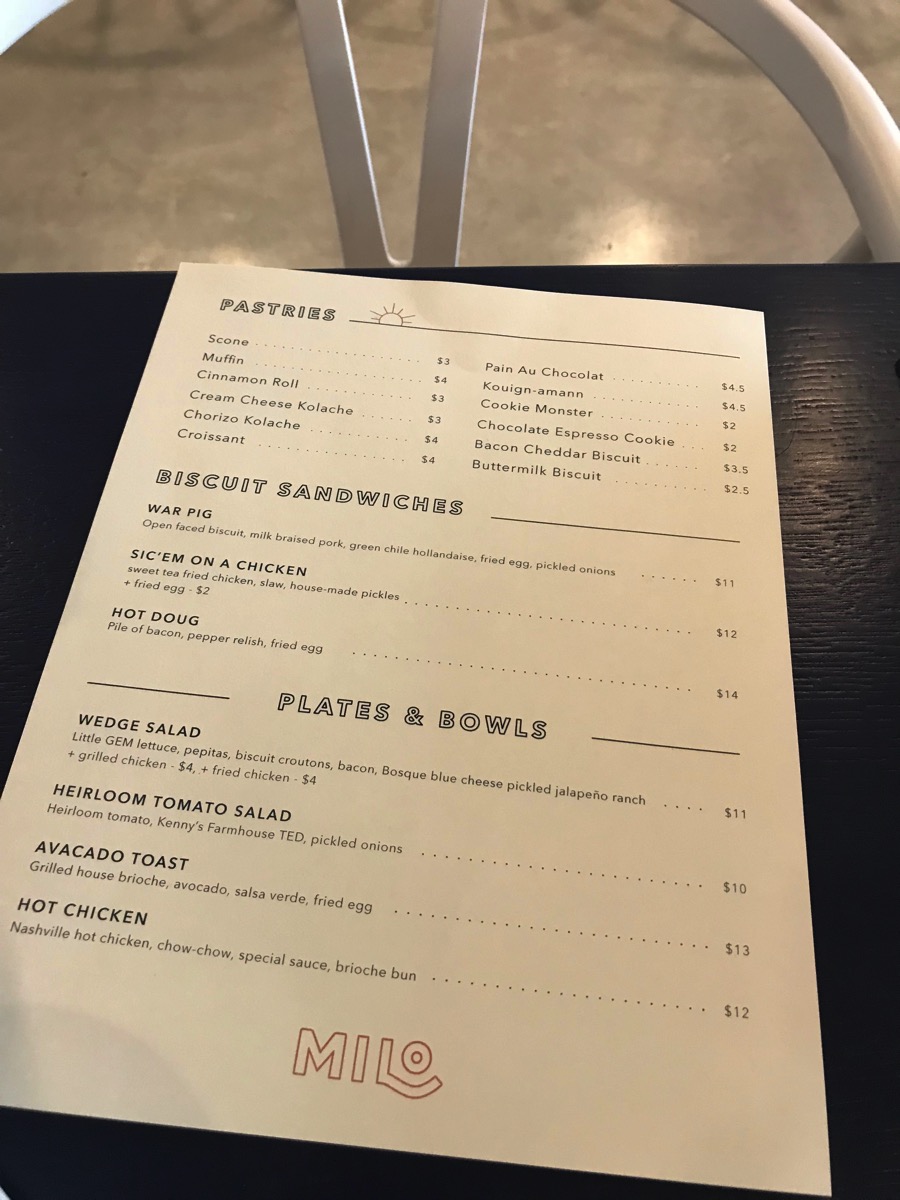 You learn a lot about people by noting what trivial things they obsess over, and today’s David Brooks column is a perfect example. Let me be really clear about this: people are freaking out about The Sandwich Bar Anecdote for one major reason, which is that they know the rest of the column is dead-on accurate and they’d prefer not to think about what it tells us about our social order.

But even The Sandwich Bar Anecdote itself isn’t bad — it makes a valid and important point, one that finds an analogue in the experience of many of us. Look at this post by Rod Dreher for some good examples, from his own experience and from some of his readers as well.

One Christmas I bought my parents the most expensive gift I had ever given them: a big basket of fruit and cheese and pastries and various other goodies from Harry & David. It arrived several days before I could get home myself, and when I arrived at their house I saw the basket sitting in a corner of the living room, removed from its box but unopened. They never did open it. They were pissed. They didn’t want to talk about it, but eventually it became clear to me that the basket was “fancy” in a way they thought totally inappropriate. “But it’s just fruit and cheese!” I said. “I can buy fruit and cheese at Kroger,” my dad growled. I started to explain that it was exceptionally good fruit and cheese, but then realized that that wouldn’t work: for one thing, it was the opposite of what I had just said (“It’s just fruit and cheese”), and for another, I knew that my parents would take any praise of the food in the basket as a criticism of the food they bought at Kroger. There was no way for me to win this one, so I just shut up. I expect they eventually threw the whole basket away without ever opening it.

It didn’t have to be food: I could have bought them clothes they also thought “fancy” and they probably would have been equally disdainful. But I think food is generally perceived as sending especially strong signals — perhaps because it involves “consumption” in a completely literal sense. It is what you take into yourself, and while Jesus may have said that it is what comes out of a man that defiles him, not what goes in, for most people that’s an unnatural point of view. I will always remember in this regard Rod’s story about how disgusted his family were when he and Julie made bouillabaisse for them — even though pretty much everybody in Louisiana has eaten fish stew.

I didn’t buy my parents any more food for Christmas, and from then on when I shopped for them I shopped at Wal-Mart.

Brooks writes, “Status rules are partly about collusion, about attracting educated people to your circle, tightening the bonds between you and erecting shields against everybody else.” This is true, and true in very important ways; and the intuition that such rules are always in play can make people uneasy or angry when they think such rules are being enforced against them. If you can’t acknowledge this you’re just being willfully blind. 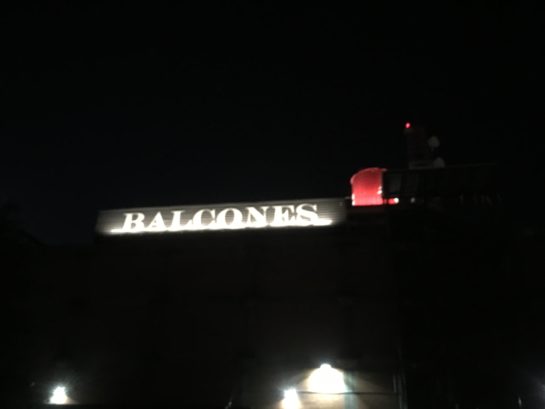 I live in Waco, Texas, which is a relatively small city and a relatively poor city, a city with its share of problems both historic and current — but also a place where some pretty cool things are happening.  Last night, for instance, my wife Teri and I enjoyed an early Valentine’s Day dinner at Balcones Distillery — maker of some of the finest and most celebrated spirits in the world — where the distillers had teamed up with Milo Biscuit Company, a local food truck and caterer, to create a lovely dinner in the tasting room. 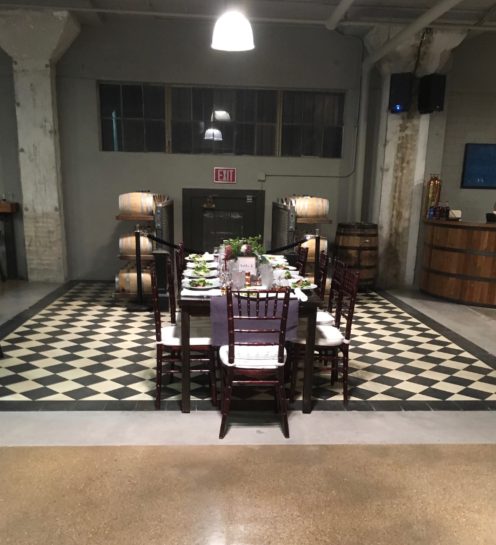 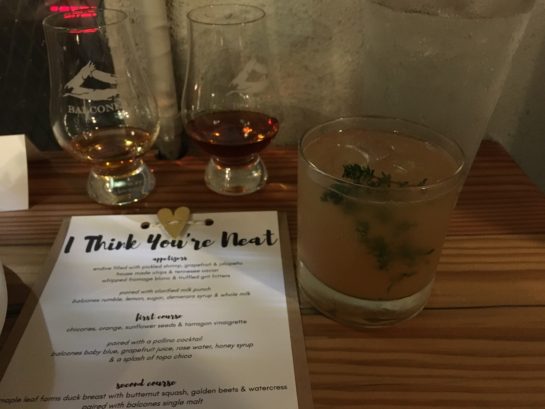 It was quite peculiar having a fine dinner without wine! — and I probably wouldn’t want to do it all the time, but the pairings were really well-chosen and the food was delicious, right there next to some of the aging barrels. 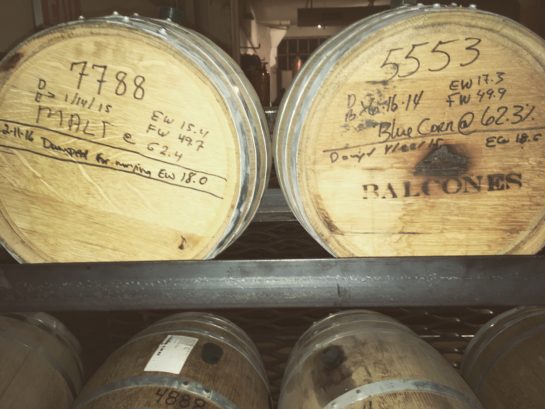 I had fresh Gulf snapper, perfectly cooked, and Teri had duck breast, also perfectly cooked, but perhaps the best taste of the evening was the cheese course, a Delice de Bourgogne paired with a whisky aged in rum barrels (not yet released to the public). It was truly memorable. I meant to take pictures of the food but was too occupied with eating it until I got to dessert, a flourless chocolate cake with rose cream and raspberries. 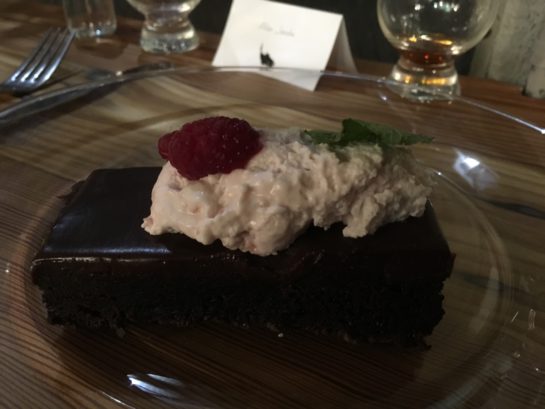 And then when we were on our way out we were given a piece of salted caramel that the chef, Corey, had made with a touch of Balcones Brimstone, a whisky smoked with scrub oak. That was one of the best things I’ve ever eaten.

All in all, big fun here in Waco! Our hearty thanks to chef Corey and the rest of the crew.

I woke up in the middle of the night last night with an inexplicable but overwhelming craving for a food that I haven’t eaten in nearly 25 years. Suya: marinated, highly spiced slices of beef cooked over a wood or charcoal fire and served with sliced onions and, when I had it, anyway, plum tomatoes. (It turns out, comically enough, that the Wikipedia page for suya links to an article I published in 1992.) It’s a Nigerian treat, especially favored by the Hausa people in the north of the country, but I first tasted it in the city of Ilorin in the heart of Yorubaland.

It was early evening, and the suya vendor had set up his cart at the side of a road on which the chief government building of Kwara state stood facing the sharia court building, in a kind of standoff. I don’t know that I’ve ever smelled anything more mouth-watering than the aromas wafting from that cart, and though I haven’t thought about the experience in years, probably, when I woke up last night everything about that evening came back to me with an uncanny clarity — spreading the suya on its bed of newspaper out on the hood of a minivan, eating and talking quietly with my friends as others drifted to and from the cart … how wonderful that was. So many moments in life get lost in the jumble of everyday busyness, it’s a gift when something small and sweet makes a gentle return to memory, to presence.