On Not Reading the Bible

The title of this post is the title of a book I have, for about twenty years now, thought of writing. My thesis would simply be this: We can do almost anything with the Bible except read it.

It is also true that the Bible, especially the Old Testament, tends to resist interpretation — Erich Auerbach famously illustrates this in his discourse on the story of the binding of Isaac in the first chapter of Mimesis — but that’s not what I am talking about here. But I haven’t yet written the book because I find it difficult to explain precisely what I am talking about.

The Bible has a distinctively protean character; it’s a shape-shifter. That is the result, I think, of its being a book that is also a set of books (books that are themselves often stitched together in peculiar ways). Faced with this shape-shifting, we have a tendency to stand away from it to try to see it whole — at the cost of rendering the details invisible — or to zoom in on the details in a way that causes us to lose sight of the greater narrative arc. The former tendency produces books like Northrop Frye’s The Great Code; the latter tendency leads to people receiving Bible verses as text messages.

I think readers of the Bible are always pulled in both of these directions. We may think that in our moment — the moment of text-messaging and the child of text-messaging, Twitter — we are especially prone to fragmenting the biblical text, but let’s recall that when the Bible was first divided into verses — by Robert Estienne in the mid-16th century — one of the most popular books in Europe was Erasmus’s Adagia. Adages or proverbs then, texts now — the impulse to reduction and condensation is the same.

I don’t think we can address this difficulty by assuming and maintaining some kind of ideal middle distance. That proposed solution arises from the twin assumptions that the protean character of Scripture can and should be arrested. But what if neither of those assumptions is correct? What if the only way genuinely to read Scripture is to engage in a constant zooming in and zooming out?

This model of reading resembles the famous “hermeneutic circle” — understanding the whole in terms of the parts and the parts in terms of (our assumptions about) the whole — but reading and interpretation are not the same thing, even if they are often related.

Heidegger’s famous essay “On the Origin of the Work of Art” — an essay he revised repeatedly, which should tell us something about both the importance and difficulty of the issues involved — describes a version of the hermeneutic circle. In this case, though, he is not discussing the relationship between part and whole but between a work of art and the very concept of “art.”

What art is we should be able to gather from the work. What the work is we can only find out from the nature of art. It is easy to see that we are moving in a circle. The usual understanding demands that this circle be avoided as an offense against logic. It is said that what art is may be gathered from a comparative study of available artworks. But how can we be certain that such a study is really based on artworks unless we know beforehand what art is? Yet the nature of art can as little be derived from higher concepts as from a collection of characteristics of existing artworks. For such a derivation, too, already has in view just those determinations which are sufficient to ensure that what we are offering as works of art are what we already take to be such. The collecting of characteristics from what exists, however, and the derivation from fundamental principles are impossible in exactly the same way and, where practiced, are a self-delusion.

So we must move in a circle. This is neither ad hoc nor deficient. To enter upon this path is the strength, and to remain on it the feast of thought — assuming that thinking is a craft. Not only is the main step from work to art, like the step from art to work, a circle, but every individual step that we attempt circles within this circle.

I want to think about this passage and return to it later, because I believe it has implications not just for understanding what art is, not just for clarifying the nature of interpretation, but for helping us to read, even read the Bible.

excerpt from my Sent folder: mythos

About that Current Affairs essay … I think it’s pretty much wholly wrong. It’s true that fundamentalist Christianity is insistently literal about anything in the Bible that looks like historical narrative (seven literal days of creation, yes the sun did too stand still in the sky, etc.), but even more dominant than Pentateuchal literalism in the fundamentalist mindest is a fascination with prophecy, and especially with the Book of Revelation (plus parts of Daniel and Ezekiel) as a blueprint for the End Times — but the blueprint is legible only if its symbolism is properly deciphered. And especially in the 70s and 80s, such deciphering involved the most mythologically baroque interpretations imaginable. Precisely nobody thought that guys actually named Gog and Magog were going to show up when the parousia was near. When you claim, as Hal Lindsey did, that the the book of Daniel prophesied the European Common Market, your hermeneutical vice is not excessive literalism.

The problem with things like D&D was not that they were mythoi as opposed to logoi, but rather that they were alternative mythoi — they were scary because they were potentially appealing in the same way that prophecy culture was supposed to be, by involving me as a kind of participant observer in a big coherent story.

This would take a long time to explain, but I think the mythos/logos contrast is far less useful for describing the pathologies of fundamentalist exegesis in particular and fundamentalist culture more broadly than Kermode’s distinction in The Sense of an Ending between fictions and myths. Not that I would expect fundamentalists (or any other interpreters of Scripture) to see their exegeses as fictive! — but Kermode is brilliant, I think, on the ways that properly provisional narratives or explanations harden, calcify, into fixed myths. 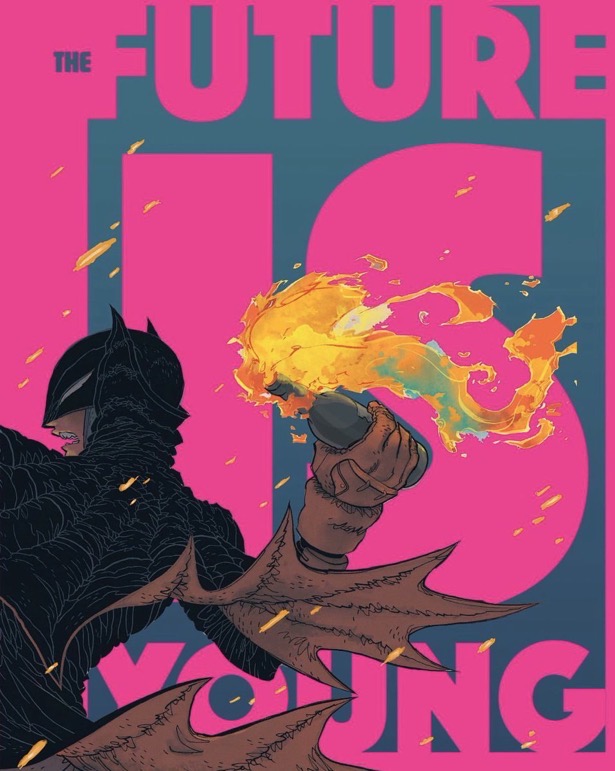 Rod asks about “hermeneutical democracy” and one scholar’s insistence that Protestants “own their Protestantism” by accepting that they have no guide but their individual consciences. The hermeneutical challenges of Protestantism have been a regular concern of mine over the years — see for instance this essay from 2003:

When King James commissioned his Companies of Translators, the people most thoroughly educated in the various humanistic disciplines were also those most learned in the biblical tongues. The celebrated “poetic” or “literary” qualities of the KJV are a function of this long-lost union. But in the last two centuries the training of biblical scholars in what has come to be called the “grammatical-historical” method has assumed a character alien to the literary and rhetorical education rooted in the schools of the Roman Empire. A model of Christian learning shared — not altogether but to some degree — by Augustine, Aquinas, Luther, and Calvin had virtually disappeared by the end of the eighteenth century.

This happened largely as a result of Protestant theologians’ responses to Catholic charges that they, lacking guidance and correction from a Magisterium, were liable to say pretty much anything about the Bible. The charge stung: What was to prevent this or that Protestant leader from offering a bizarre interpretation of some passage of Scripture and claiming as warrant for it the inspiration of the Holy Spirit? From the need to answer this charge arose the characteristic trait of Protestant biblical scholarship: an obsession with method. Method would be the Protestant scholar’s Magisterium — that is, his or her principle of constraint and limitation; therefore, ultimately, training in biblical exegesis would become training in the kinds of intellectual skills that could be described in methodological terms: grammar, textual history, historical philology, and so on. Sensitivity to metaphorical nuance is perforce not a part of this training; nor is general literary knowledge.

The elevation of method to magisterial principle was supposed to make it possible for scholars to discern, and then agree on, the meaning of biblical texts. Instead it merely uprooted them from Christian tradition and Christian practice — as Michael Legaspi has shown in a brilliant book — and left many of them unequipped to understand the literary character of biblical texts, while doing nothing to promote genuine agreement on interpretation. In fact, the transferring of the guild of interpreters from the Church to the University, given the University’s insistence on novelty in scholarship, ensured that no interpretative consensus would be forthcoming.

There really is no way to promote general agreement among Christians about the interpretation of Scripture without some doctrine of Holy Tradition.

The need for interpreting arises when a text with which we find ourselves concerned resists immediate absorption into the ongoing stream of our practical life. In this moment of our incomprehension, understanding cannot be coerced by argument or manufactured by method or technique. It occurs when an interpreter finds a responsive word through which the text speaks to us again, so that the varied meanings and force of the text are activated in new and diverse concerns. What word will accomplish this reactivation cannot be predicted or guaranteed. But our capacity to find that word is interpretation’s humane significance and the reason it remains at the heart of literary study.