In Charlie Chaplin’s Modern Times (1936), the factory in which the Tramp works in the opening scenes is controlled by a boss whose image appears in certain strategic places in order to issue commands: 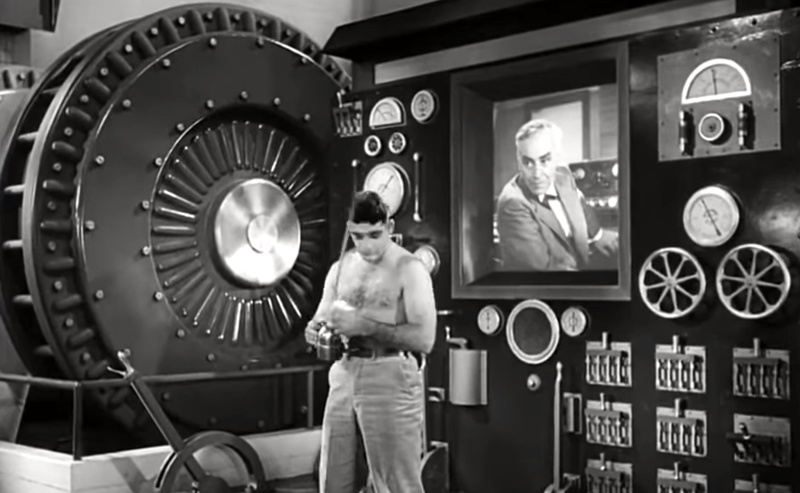 — and even to order back to work employees who sneak into the toilet for a quick smoke: 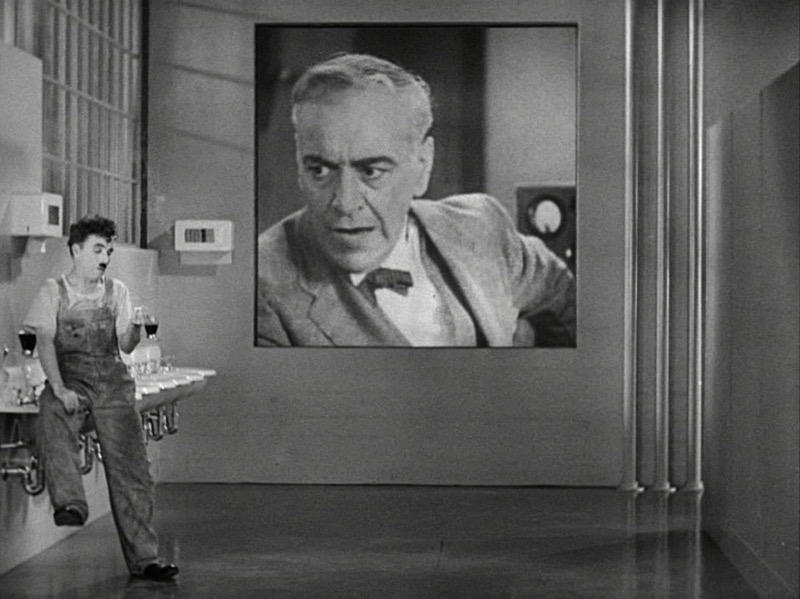 In this film industrial capitalism and the state work hand in glove, and they work by the manipulation and display of images. The boss’s image (ubiquitous and available in any size necessary) is a primary instrument of control; images of workers, conversely, are used to control them. Paulette Goddard’s gamine gets a reputable job as a dancer, but it’s her mug-shot image that allows the police to track her down and arrest her: 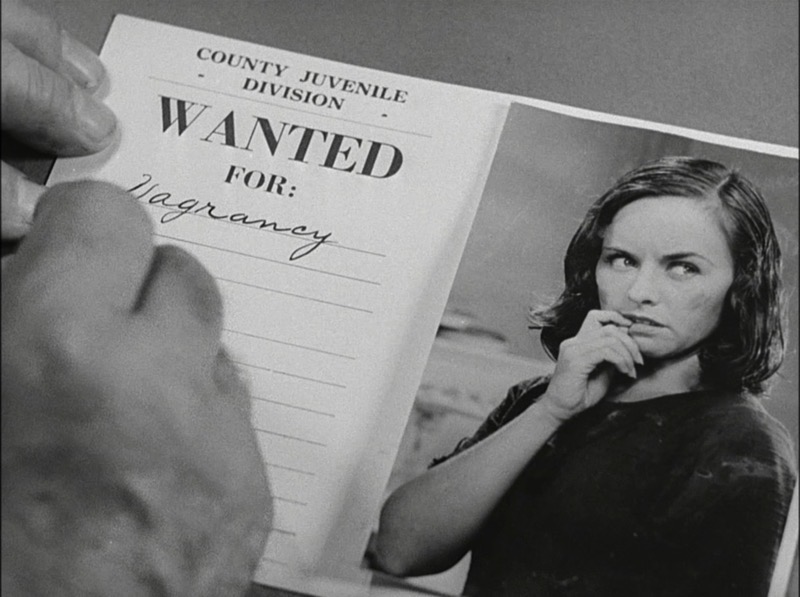 Note that what she’s wanted for is, primarily, vagrancy: being “without visible means of support.” See, relatedly, this essay of mine on passports, passport photos, and the technologies by which states and their allies in the corporate world make us legible and therefore controllable. (A good deal of the movie takes place in factories and jails — remarkably similar environments, though the Tramp strongly prefers jail.)

To work, this movie suggests, is to subject oneself to panoptic surveillance and to ceaseless state and corporate control. By the movie’s end the gamine is, though better dressed and more elegantly coiffed as a result of her brief employment, close to despair over the inescapability of the system: 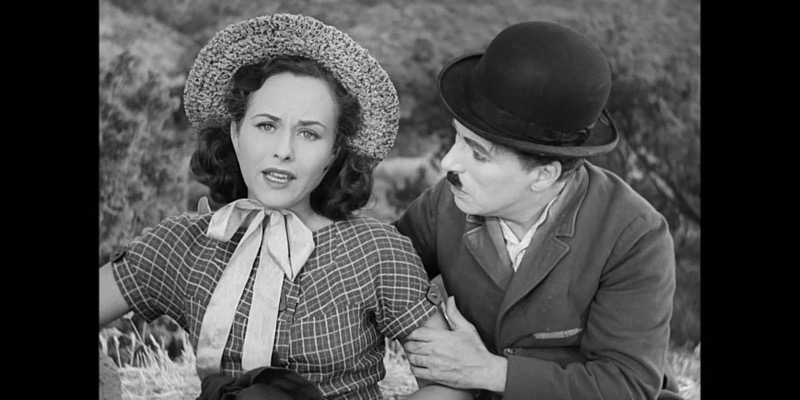 But if there’s one thing the Tramp knows it’s … well, how to be a tramp. How to survive, however frugally, off the grid, out of the System, beyond the panopticon’s lines of sight — illegibly.

So off they go. After twenty years of dominating the screen, Chaplin’s Tramp says goodbye to us all. And this final view of him is the only time that he clearly takes his wandering way with a companion. 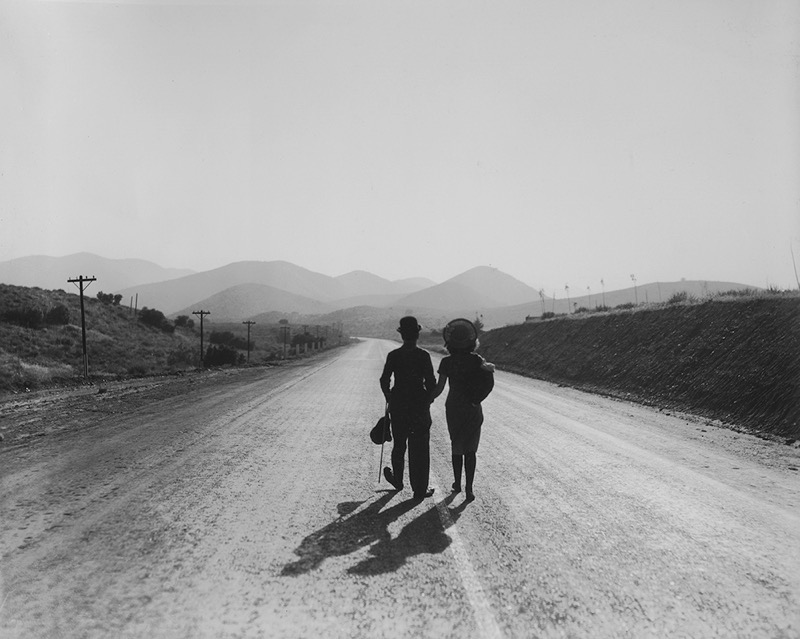 Re: Yascha Mounk’s article on leftist mobs punishing the innocent: For the ones doing the mobbing, ruining the lives of innocent people is not a bug in their program, it’s an essential feature. There can be no reign of terror when only the guilty are punished.

Foucault’s Discipline and Punish is the great text for understanding this phenomenon. Punishment of the guilty is, from the perspective of social control, an implicit confession of failure. A social order that has proper control over its members will not have to punish them, because they will be obedient. And you make people obedient by instilling discipline: you carefully and thoroughly train them to say what you want them to say and do what you want them to do, and to refrain from saying or doing what you think inappropriate.

However, the disciplinary systems that do this work — schools, for instance — are scarcely less efficient than punishment. What must be created is an environment in which people discipline themselves. But they will only do this when they fear exposure (and subsequent punishment) so much that they will go to extreme lengths to perform their obedience. And people will only exert the energy to enact this ongoing self-policing if they believe that anything they do or say can be seen. They need to believe that they are living in a Panopticon.

This is where social media come in. If everyone has a smartphone and access to social media accounts, then anything you do or say might be recorded and published. Anything those to whom you are related do or say may be recorded and published, to shame you before the entire world. From the perspective of those who lust for social control, this is an ideal situation, because if they make you sufficiently fearful of exposure then you will not only police yourself, you will police your friends and family. And if you can be exposed and punished not only for what you intentionally do and say, but for what you inadvertently do and say, and for what people you know do and say, then you will become obsessively vigilant in your policing.

That is why, for those who want to effect social change by exposure and shaming, punishing the innocent is a feature of their system, not a bug. It increases fear, which increases discipline, not only of oneself but of others. And every employer who fires an employee because they’re afraid of a social-media mob draws us closer to a fully Panoptic society, a social tyranny with an efficiency beyond the dreams of totalitarian societies of the past.