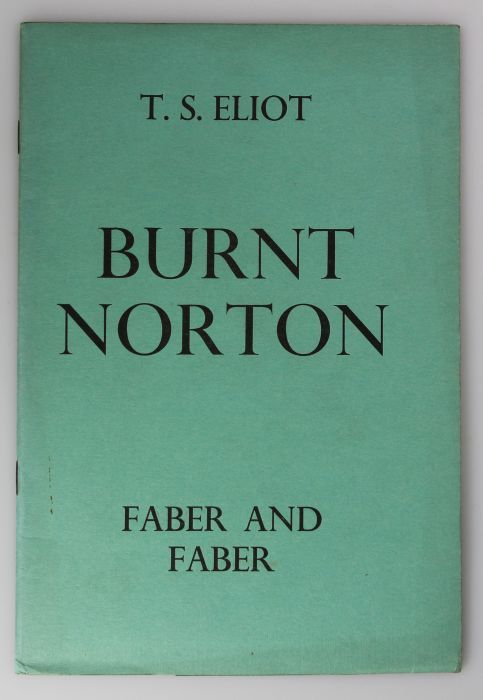 Time present and time past
Are both perhaps present in time future,
And time future contained in time past.

Christians are still persecuted but nowadays not usually overtly on the ground that they are Christians. They are persecuted because they do not hold the approved political views; or one church is recognized and controlled, and those Christians are persecuted who belong to the wrong church; or being Christians, they are denounced for having collaborated with the Germans during the war, or perhaps with the British or the Americans after it. In the West these things do not yet happen. But persecution is only the extreme limit of discrimination. People prefer to associate with the like-minded to themselves; those who rise to power tend to favor and to promote those who resemble themselves; and when a man who is not a Christian has an appointment to make, or a favor to bestow, he may genuinely believe that the candidate who is of his own kidney is more worthy than another candidate who is a Christian.

Thus the profession of Christianity might become, if not exactly dangerous, at least disadvantageous; and it is sometimes harder to endure disadvantage than to face danger, harder to live meanly than to die as a martyr. Already, we say, we are a minority. We cannot impose our standards upon that majority when it explicitly rejects them; too often, mingling with that majority, we fail to observe them ourselves. Like every minority, we compound with necessity, learning to speak the language of the dominant culture because those whose language it is will not speak ours; and in speaking their language, we are always in danger of thinking their thoughts and behaving according to their code. In this perpetual compromise, we are seldom in a position to pass judgment on other Christians, in their peculiar individual temptations: it is hard enough, reviewing our own behavior, to be sure when we have done the right or the wrong thing. But we can and should be severe in our judgment of ourselves.

For most of us the occasion of the great betrayal on the clear issue will never come: what I fear for myself is the constant, daily, petty pusillanimity. I shall no doubt do and say the wrong thing again and again; but the important thing is to be conscious of the error or weakness and of its nature, and then to be sorry about it. For penitence and humility, as is suitable to remember at Mid-Lent, are the foundation of the Christian life.

— T. S. Eliot, sermon preached at Magdalene College, Cambridge, in 1948; as quoted by Maurice Cowling in the first volume of Religion and Public Doctrine in Modern England. Very relevant to a conversation I had on Twitter this morning, and a reminder to me to be more charitable towards those who find their burdens hard to bear.