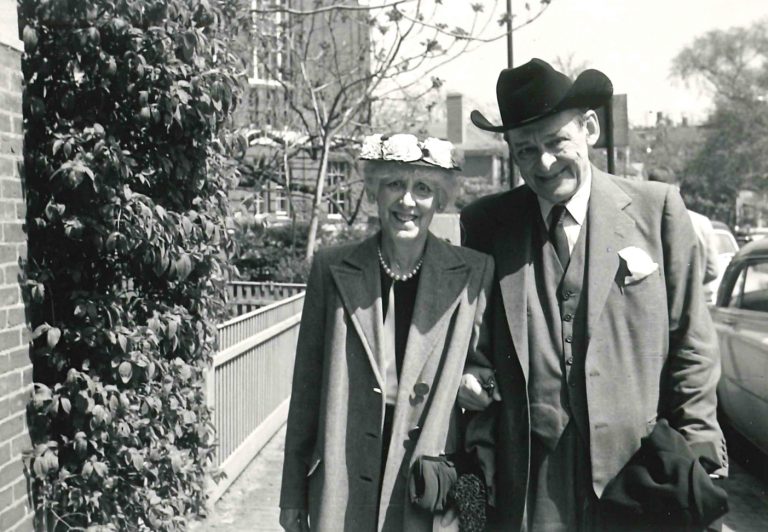 T. S. Eliot and his sister Marion, during Eliot’s 1958 visit to the U.S. with his new wife Valerie. At one point in the trip they visited Dallas, where Eliot was named an honorary sherriff and received both a badge and the Stetson he’s sporting here.