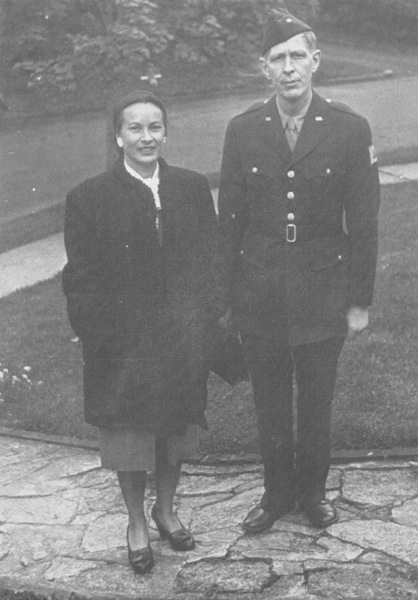 Brian Doyle wrote recently about the strangeness of attempting to imagine W. H. Auden in the uniform he was issued when he was commissioned as a (temporary) Major in the U. S. Army when he worked for the U. S. Strategic Bombing Survey at the end of World War II. No need to imagine: here he is, with his close friend Tania Stern. The photograph was almost certainly taken by Tania’s husband James Stern.