Thomas Tuchel is known as a skilled practitioner of modern atacking football, but when he got to Chelsea in the middle of last season the first thing he attended to was his team’s defending. Under Frank Lampard the side had been leaking goals at an alarming rate, and Tuchel was content to set aside his tactical preferences for a while in order to plug the leakage. Chelsea’s first few games under Tuchel weren’t exciting, but they almost completely shut down opposing attacks, and then, with that foundation in place, Tuchel turned to the task of expanding his side’s offensive repertoire.

In these Euros, Gareth Southgate has done much the same for England. I complained in the group phase about his conservatism, but after today’s thrashing of Ukraine, it’s easy for me (and everybody else!) to see the wisdom of his approach. In the group stage they scored one, zero, and one; then against Germany they scored two; and now against Ukraine four. But they have yet to give up a single goal. It seems that this England squad, like Tuchel’s Chelsea, has learned that when you have well-earned confidence in your defending, then you can grow ever more ambitious and creative in attack.

So: a big thumbs-up to Gareth Southgate. 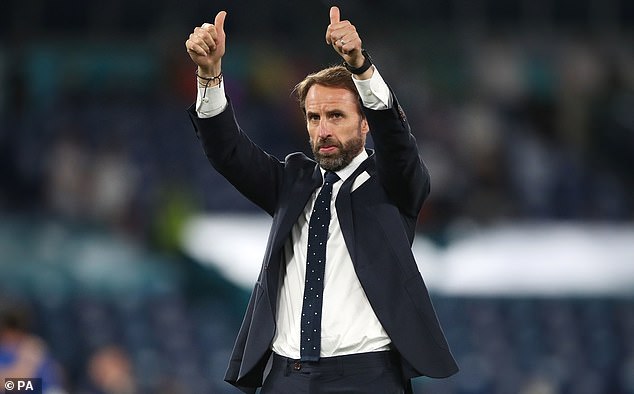 Looking ahead: On current form an England-Italy final is obviously the more likely, but all four sides are playing well and, even more important, are very well-balanced, with few evident weaknesses. I expect Italy to exploit Spain’s defensive limitations, and England to wear down Denmark; but no result would surprise me, and these are four very likable sides to boot. I will of course be cheering for England all the way, but I would be happy to see any of these four teams lift the trophy at tournament’s end.