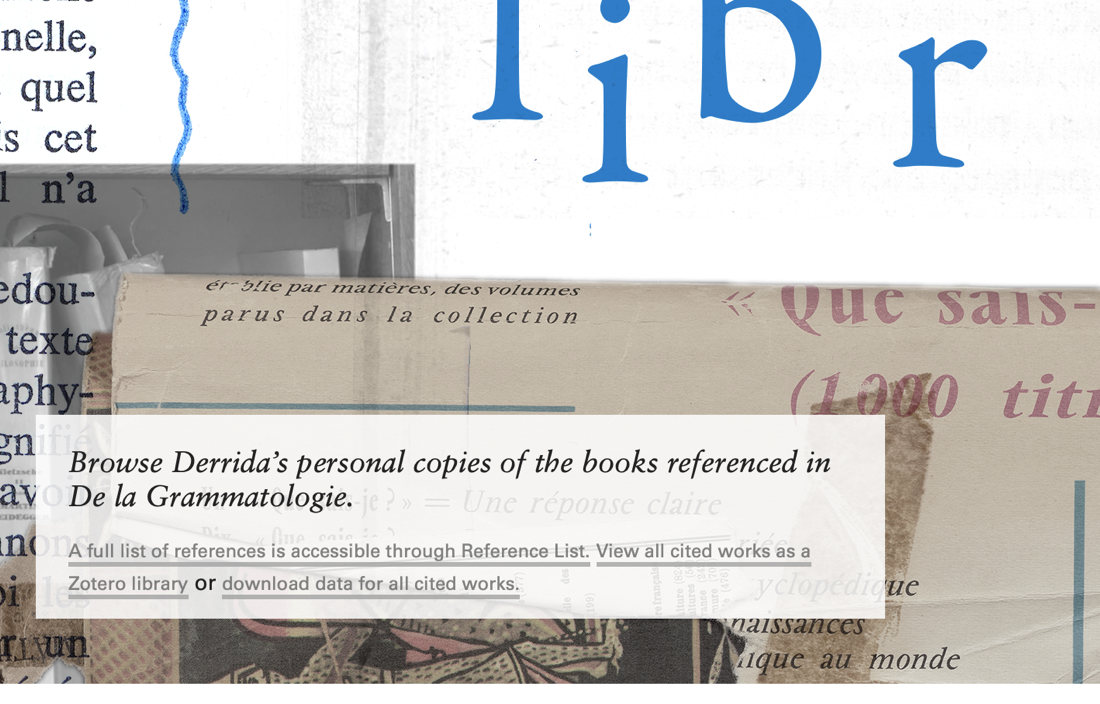 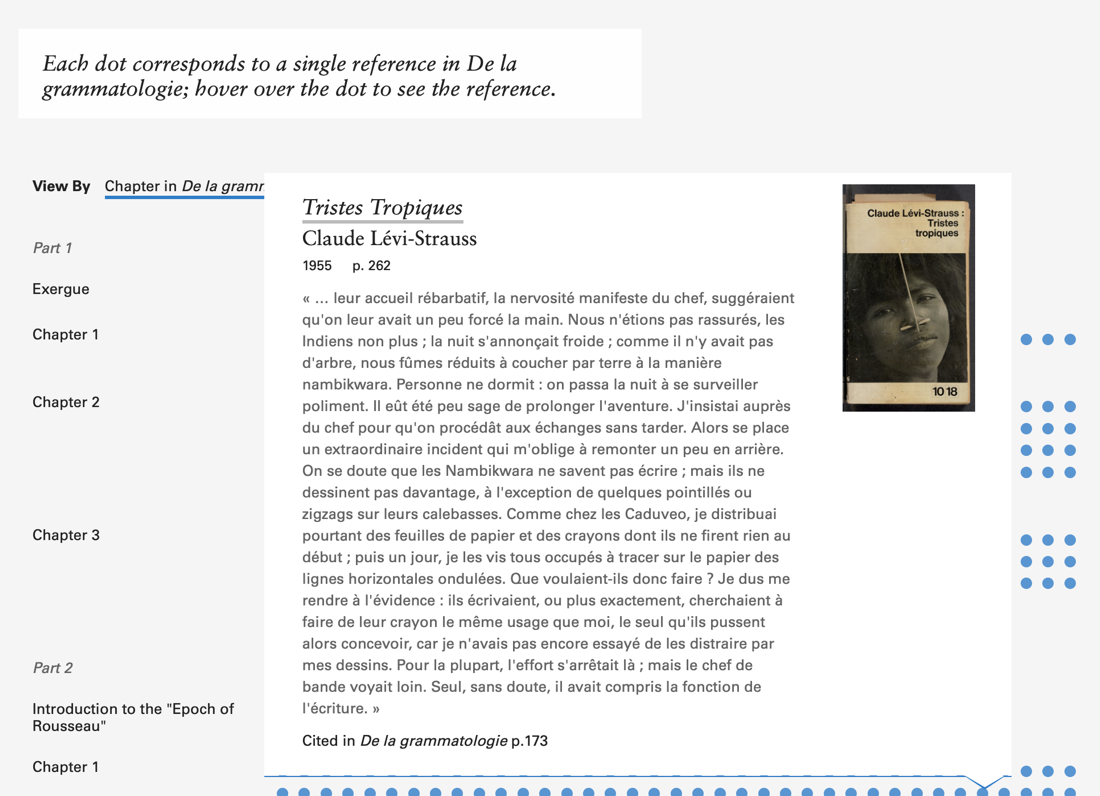 It’s an astonishing resource — I’m going to spend hours and hours here. Ninety years ago, John Livingston Lowes published a book called The Road to Xanadu: A Study in the Ways of the Imagination, that purported to track down all the reading that had gone into the writing of Coleridge’s great poems “The Rime of the Ancient Mariner” and “Kubla Khan.” It was, and remains, a remarkable work of scholarship, though necessarily highly (and sometimes dubiously) speculative. What we have in Derrida’s Margins is a kind of digital extension of Lowes’s project — and that’s fitting, because Derrida is in some ways the Coleridge of modern literary theory: enormously learned, quirkily imaginative, sensitive to strange connectors and attractors.

And I am especially pleased that the technical lead on this project is Rebecca Sutton Koeser, a former student of mine! Even as an undergrad Rebecca was equally interested in literary study and computer science; she went on to get her PhD in English from Emory, and has continued to straddle these two worlds. Here’s her account of what she learned in working on this project.