Cabel Sasser, writing about how 2014 went at Panic Software, breaks down November sales by unit sold: 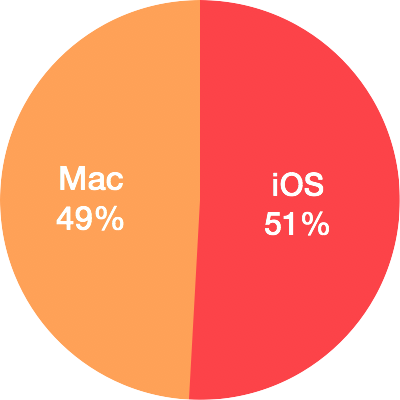 And then by revenue: 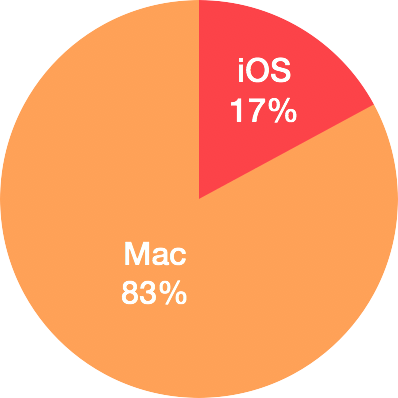 Cabel isn’t totally sure what to make of these numbers, but he says that Panic is “less likely to tackle any huge new iOS projects until we get this figured out.”

For me, a Mac user who merely dabbles (almost always grumpily) in iOS, this is great news. For the past few years my fear has been that Mac developers would be seduced by the hope of getting the iOS App Store to promote their app, leading to a Flappy Bird-like killing, and in that hope would neglect to make cool and/or useful Mac apps. But it seems that, for the really classy developers anyway, the Mac is likely to remain the better option for a steady revenue stream.

On the iOS App Store quite dramatically, and to a lesser but still significant extent on the Mac App Store, Apple has a tendency to feature some pretty crappy apps: flashy, ugly, likely to have a short shelf life. See Marco Arment’s second point here: 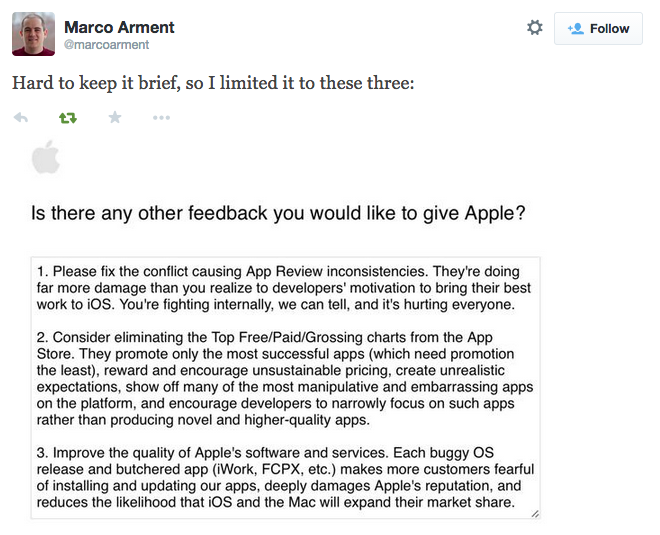 Moreover, the Mac App Store has been a source of great frustration to some of Apple’s most creative and loyal developers. In the same post I’ve been quoting from, Cabel writes about the decision to pull Panic’s web-development multitool Coda from the App Store:

To be honest, I was pretty nervous to be pulling Coda from the Mac App Store. But when we finally did it, I felt an incredible, almost indescribable sense of relief — mostly because as we began to wrap up bug fix releases, we were able to immediately post them to our customers within minutes of qualifying them. My god. That’s how it should be. There’s just no other way to put it — that’s how you treat your customers well, by reacting quickly and having total control over your destiny. To not be beholden to someone else to do our job feels just fantastic. (Also to not pay someone 30% in exchange for frequent stress is a fine deal.)

One of the very oldest Mac apps, and my favorite app in the whole world, BBEdit, will also be yanked from the App Store, for very similar reasons.

So it seems that we have a strange situation here: brilliant developers, makers of extraordinarily useful and innovative software, remain deeply devoted to the Mac as a platform, but feel forced to distance themselves from Apple as a company — because that company seems determined to make it harder for them to sell their best products and serve their customers properly. What a crazy world.