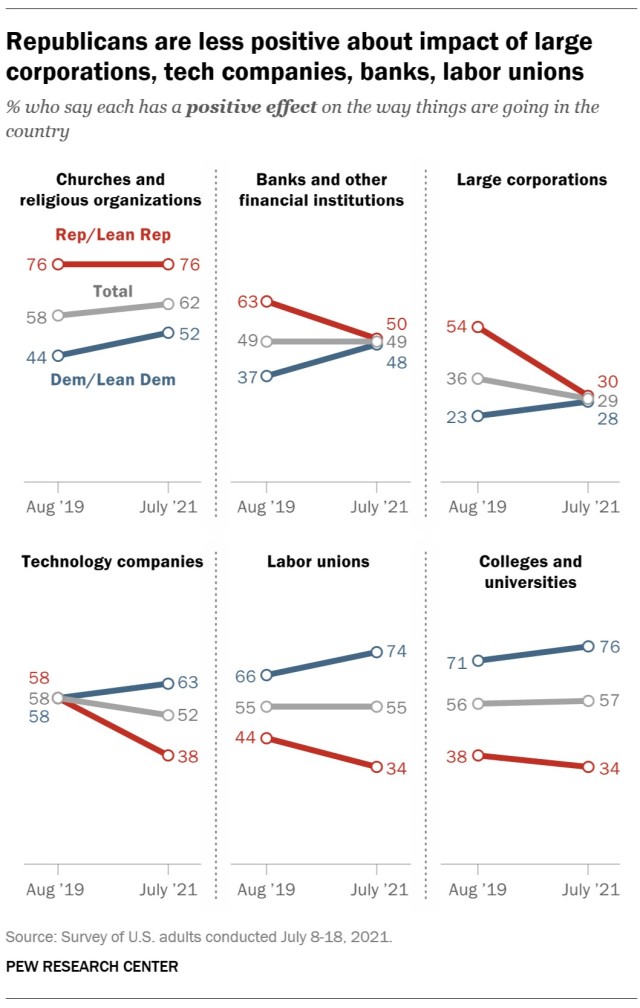 Story here. See also my essay on the need to recover the virtue of piety in order to restore institutions. But we have a really bad feedback loop here: as our institutions become more explicitly committed to leftish values, or what pass for leftish values these days, then Republicans and conservatives grow more alienated from them; but it’s also true that those institutions became more committed to leftish values because Republicans and conservatives were already disinclined to invest trust and energy in them. So we’re in a kind of death spiral here and I don’t see a way out of it.

Also: the fact that Republicans have a positive opinion of churches doesn’t mean that they are willing to serve and strengthen churches. Opinions are cheap, service is costly.