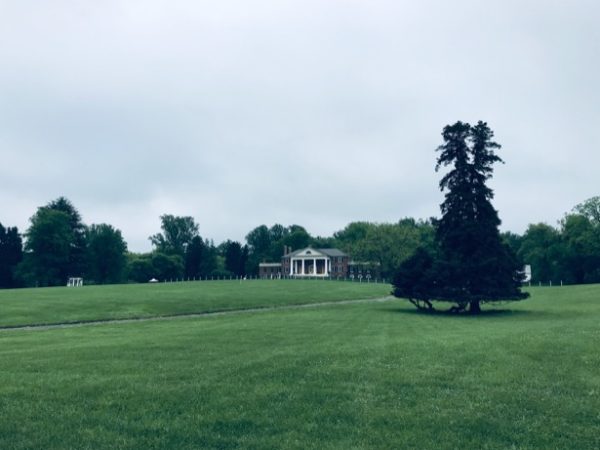 Last week when I was in Virginia I got to visit James Madison’s home Montpelier. Madison has long been my favorite of the Founders, but during my visit I realized that I had never read a complete biography of him. I have now remedied that by reading Richard Brookhiser’s concise and vigorous narrative, and I am moved to contemplate the extraordinary success that Madison had at guiding groups of politicians towards his preferred ends. Though he spent eight years as President and, before that, eight years as Jefferson’s Secretary of State, he belonged by temperament and character to the legislative rather than the executive branch. He was an unprepossessing figure, at just over five feet tall and a hundred pounds, and had a weak voice, but no greater committee man has ever lived. In a later era he would surely have been the greatest of American Senators.

It seems to me that there are three traits that, in combination, set Madison apart from his contemporaries and from almost every leading political figure before since.

First, he simply worked harder than anyone else. When he was chosen a delegate to the Constitutional Convention he arrived several days early to scope out the area and make relevant connections; each day of the convention — and unlike many other delegates who came and went, some of whom took lengthy vacations from the proceedings when the weather got hot, he was there every damned day — he arrived early, got a choice seat and then took incredibly extensive shorthand notes to document every single thing that happened in each of those meetings. (He would even check with other delegates to make sure that he had taken down their words accurately. This gave him a well-earned reputation for scrupulousness, which he later made good use of: he would always quote with absolute faithfulness from his notes — but was also shrewdly selective in what he chose to share. )

Second, Madison made himself the best informed person at every meeting. Even people who hated Madison acknowledged that he always had more information at his disposal than anyone else. Long before before the Convention began he wrote to Jefferson, who was in Paris, to ask him for books on government and political history. Jefferson sent two hundred volumes, which Madison devoted months to reading, annotating, and sifting. This was simply characteristic.

Third, he didn’t care who got credit. Madison was happy to let other people stand up to make noble speeches on behalf of some cause that he advocated, and to receive great applause — as long as he determined the content of those speeches.

These are all lessons worth learning, it seems to me.

Finally, I was taken by this passage from the end of Brookhiser’s biography:

Madison lies in the family cemetery, a five-minute walk from the front door of Montpelier; the graveyard was more convenient to the original house on the property, which the Madisons vacated when he was a boy. His grave is in a corner of the plot, marked by an obelisk; the shaft surmounts a blocky base, simply inscribed MADISON, along with his dates.

When it was first shown to me, I learned that the stone was not contemporary with his burial, but had been put up in 1857, twenty-one years later. What was his original marker, I asked. There was none, I was told; your marker was your family plot. Your dead relatives indicated who you were, and your living ones would remember where you were. 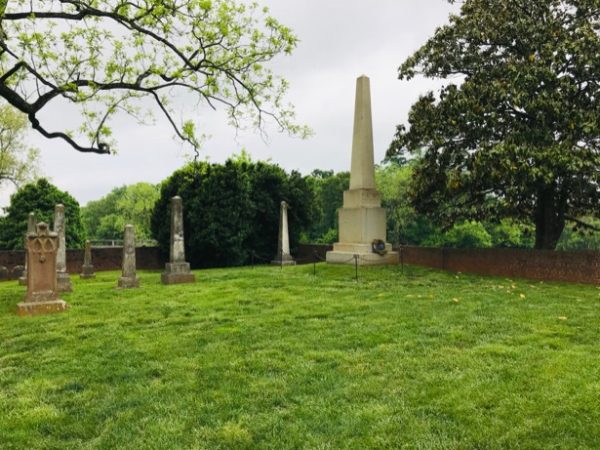