on the sky island

Earlier this week I drove from my home in Waco to West Texas: first to the little town of Goldthwaite, then South through San Saba, Llano, Fredericksburg, Kerrville; then a long westward haul on I-10. On such a drive you start in mostly flat farm country — corn, soybeans — and move gradually into the Hill Country, with its limestone escarpments and ridges mostly covered in junipers. (People in Texas call those trees cedars but they aren’t.) Gradually the trees become smaller and sparser until, eventually, you find yourself in the Chihuahuan desert.

There’s a nice new rest area on I-10 between Fort Stockton and Balmorhea that looks like this: 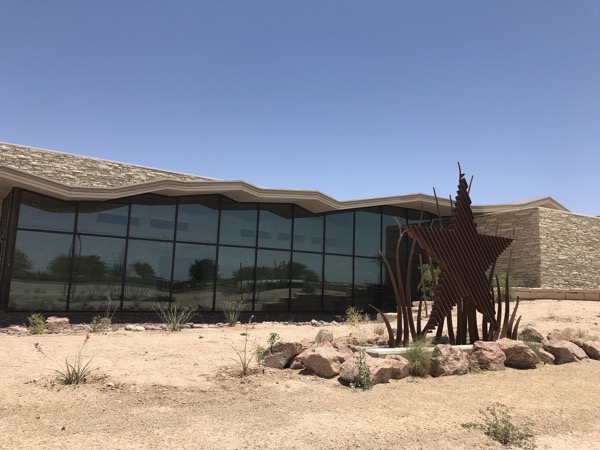 The temperature when I took the photo was 106°. I got back in the car and resumed my journey. I took the Balmorhea exit and started headed up into the Davis Mountains. About half an hour later, here’s what I saw: 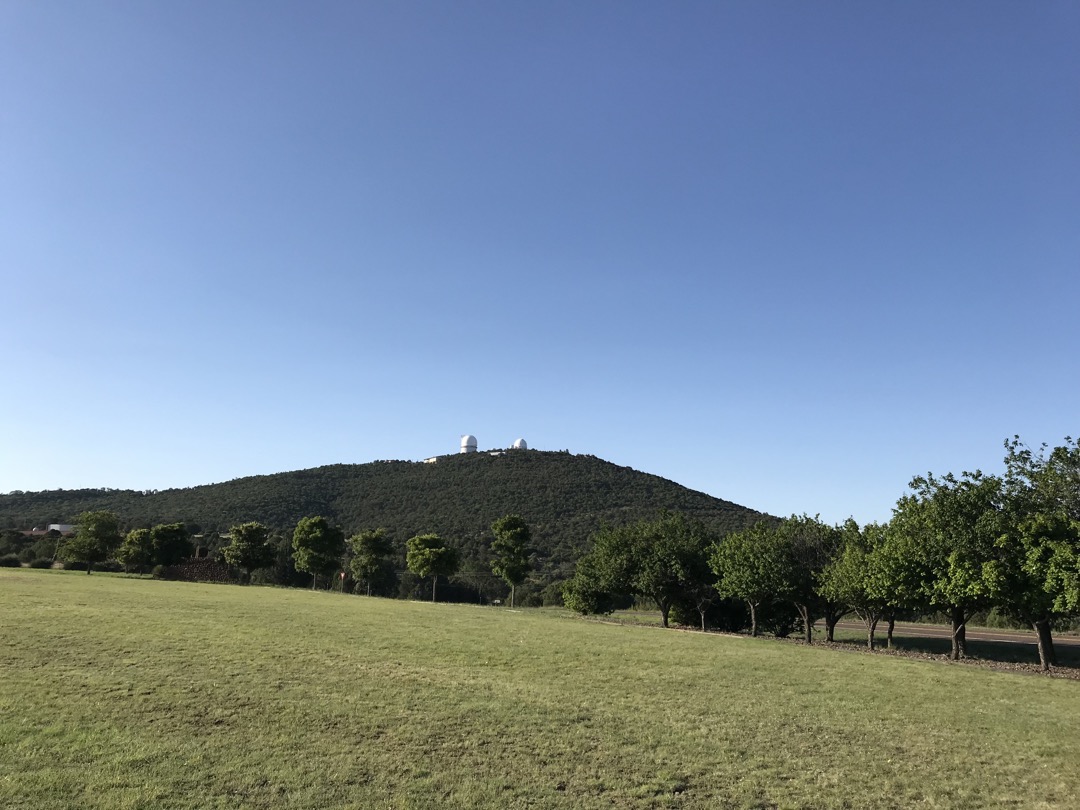 That’s the McDonald Observatory, on Mount Locke. But just look at that grass! — a veritable greensward. And all those trees! (Also, the temperature was 87°.) All this just half an hour from sheer desert. What’s the deal?

The deal is that the Davis Mountains constitute a sky island. Far above the desert that surrounds them, the mountains, the tallest of which is Mount Livermore at 8200 feet, have their own distinct climate. They get far more rain than the desert does, and as a result support quite different species of flora and fauna. Sometimes those species can evolve in distinctive ways, just as they do on actual islands, because of their isolation from other communities of their kind.

It’s a fascinating phenomenon — and the transition is really something to experience.