Pax Scientia: Thanks, But I’ll Pass

Armand Marie Leroi is an evolutionary biologist — and also a scientific imperialist. No, that’s not an insult: it’s his own account of the matter.

Now, to be sure, Leroi says that in the conflict between science and the humanities “Hard words such as ‘imperialism,’ ‘scientism,’ and ‘vaulting ambition’ will be flung about,” because such words belong to “the vocabulary of anti-science.” But in the very same paragraph he claims that the only choices for the humanities are to pursue “a new kulturkampf” that they cannot win — because they are “weakened” by internal conflicts — or to “gratefully accept the peace imposed by science.” The really interesting word there is “imposed”: science is not offering peace, it is imposing it. Looks like for us humanists it’s Hobson’s choice.

And lest we think that that talk of “imposing” was an infelicitous turn of phrase, Leroi immediately extends it: “Under the Pax Scientia criticism will continue, but be tamed.” The imperium of science, or perhaps I should write Science, is today’s successor to that of Rome.

In Virgil’s Aeneid, the hero Aeneas descends into the underworld and meets the ghost of his father, who prophesies to him about the future of Rome. The “arts” of the Romans will be pacisque imponere morem, parcere subiectis, et debellare superbos — as Allen Mandelbaum renders it, “to teach the ways of peace to those you conquer, / to spare defeated peoples, tame the proud.” The language of taming in Leroi’s essay seems scarcely accidental.

So imperialism it is, then. I suppose I am supposed to be thankful that Leroi, in his great magnanimity, allows a barbarian, or perhaps a slave, like me to continue to do my work under the minatory tutelage of Science — especially since the alternative, I guess, is to end up like Spartacus and his fellow rebels. (That anti-Roman kulturkampf wasn’t such a great idea, guys.) After all, to offer any resistance whatsoever to the new imperium is to be “anti-science.” 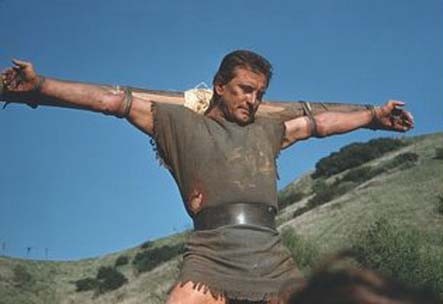 Now, to Leroi’s credit, he understands, at least in a rudimentary way, that the kind of criticism often practiced by humanists differs pretty strongly from what can be revealed by running the numbers: “When Edmund Wilson tells us that Sophocles’s ‘Philoctetes’ is a parable on the association between deformity and genius; or when Arthur Danto says that Mark Rothko’s ‘Untitled (1960)’ is simply about beauty, then we are, it seems, in a realm of understanding where numbers, and the algorithms that produce them, have no dominion.” (Though even here he seems to forget that algorithms don’t emerge ex nihilo but are written by people.)

But Leroi doesn’t seem to grasp that much criticism — and much of the criticism that has mattered the most — isn’t concerned with assigning a one-phrase summary of the “meaning” of an entire work of art, but is rather intensely focused on the details that are too small and too distinctive for algorithmic attention. When Keats writes, “Now more than ever seems it rich to die,” what does “rich” connote? Might it be ironic? (After all, the ironic use of “rich” — “Oh, that’s rich” — goes back to the seventeenth century.) No algorithm can ever tell, because algorithms aggregate, and the question here is about a single unrepeatable instance of a word. Nor can any aggregated information tell us anything about the torn cloth at the elbow of the disciple in Caravaggio’s Supper at Emmaus, or the bizarre alternations of the madly driven rhythms and ethereal voices in the Confutatis of Mozart’s Requiem.

All this is not to say that “distant reading” isn’t valuable — it is, and I have defended the work of digital humanists who work algorithmically against know-nothing critiques — but rather that it’s not the only kind of humanistic work that’s valuable, and that critics who attend to the specific and unrepeatable are doing, and will continue to do, intellectually serious work.

Maybe they’ll be paid for that work in the future; maybe not. People who care about such things will still continue to attend to it, whether their overlords like it or not. An essay like Leroi’s is written by people who have access to money that humanists can’t dream or, who expect to have access to that money forever, and who think it gives them imperial powers.

In a famous essay George Orwell wrote about the headmaster of his old prep school who would say to charity students like Orwell, “You are living on my bounty!” — that seems to be Leroi’s attitude toward humanists. But sorry, I’m not accepting the terms of peace Leroi would dictate — and I don’t think he can impose them after all. The war between Apollo and Hermes will continue.

And one more thing: that Roman imperium, that Pax Romana? They thought that would last forever too.