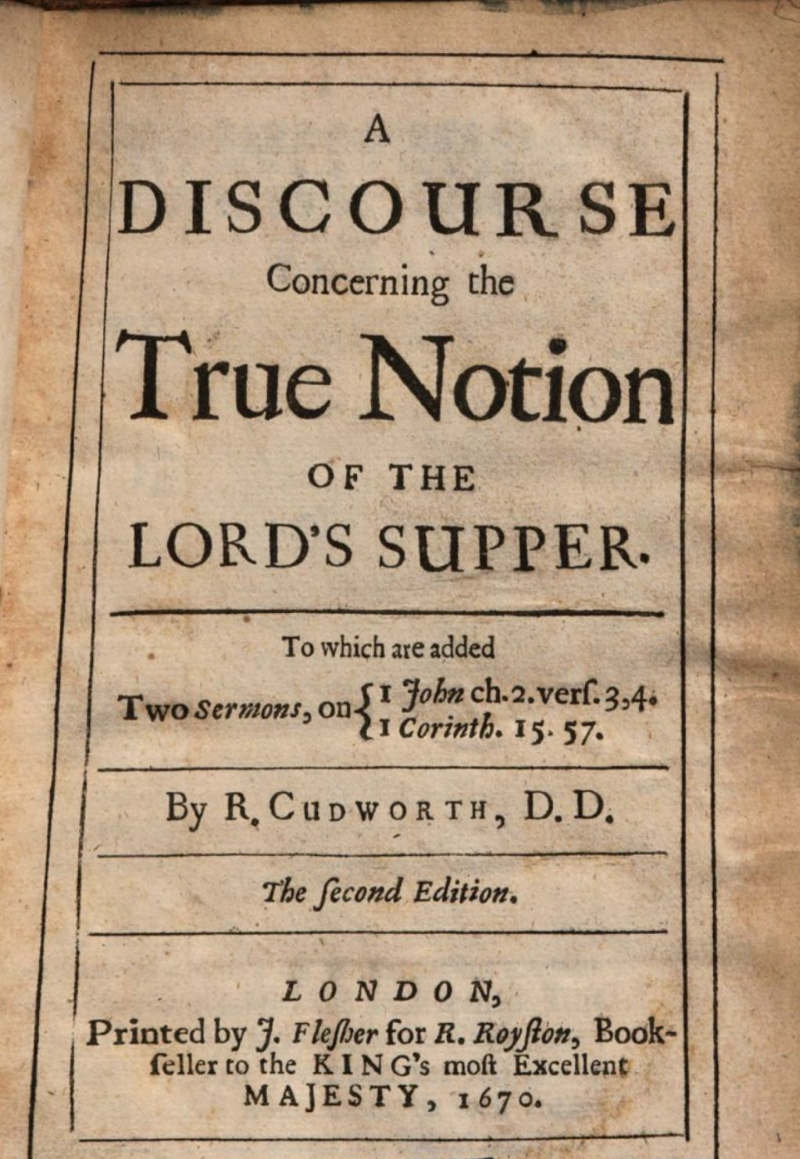 In this book, Ralph Cudworth makes the following fascinating argument:

Now the Tabernacle or Temple being thus a House for God to dwell in visibly, to make up the Notion of Dwelling or Habitation complete, there must be all things suitable to a House belonging to it. Hence in the Holy Place there must be a Table and a Candlestick, because this was the ordinary Furniture of a Room …  A Table and a Candlestick … suit the Notion of a Dwelling House. The Table must have its Dishes, and Spoons, and Bowls, and Covers, belonging to it, though they were never used, and always be furnished with Bread upon it. The Candlestick must have its Lamps continually burning.

There must be a Continuall Fire kept, in this House of God’s, upon the Altar, as the Focus of it.

(I may be getting too deep into the weeds here, but: Cudworth’s rendering differs from the Vulgate, which has: cujus ignis est in Sion et caminus ejus in Jerusalem. Apparently caminus — which is a straight theft from the Greek κάμῑνος — can also mean “hearth” but is more likely to be used to describe a furnace, an oven, or a kiln. It’s only focus, as far as I can tell, that bears the familial associations.)

It’s noteworthy that the Hebrew word that the KJV translates as “furnace” and Cudworth as focus is rendered in the Septuagint as οἰκείους — from the root οἶκος, meaning “household” or “home.” The LORD, whose fire is in Zion, and his household in Jerusalem.

But now, as Christians have always said, through his sacrifice Jesus has himself become the Temple. (See Hebrews 10.) The place of sacrifice has been transformed into a place of feasting — as Paul says in 1 Timothy 3, the ἐκκλησία Θεοῦ (the assembly or church of God) is also the οἴκῳ Θεοῦ (the household of God) — and the focus, the central hearth, of that household is the altar.

I love this notion of the church’s altar as the hearth of the Lord’s House, the place where we gather to warm ourselves and to receive nourishment — the focus of our worship in a distinctively familial and homely sense.

Albert Borgmann talks about the relationship between focal practices and focal things — “things” being a poor choice of words here, because he means something more like “what or whom those practices centrally attend to.” When two people get married they are the central figures in the practice the old Prayer Book calls The Solemnization of Matrimony, but they aren’t things. I don’t know why Borgmann doesn’t just talk about focal practices and foci, but that’s what I will do: Participation in a service of Holy Communion is a focal practice whose focus is in one sense the altar — but in another and deeper sense Jesus Christ himself.