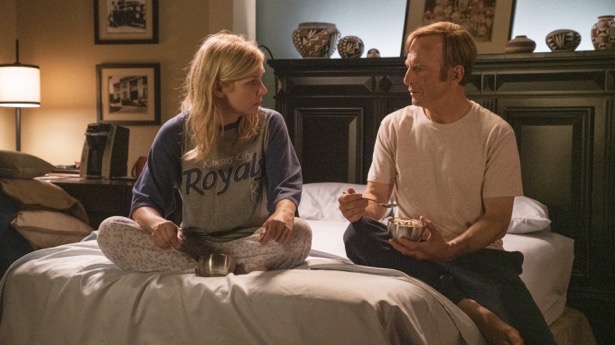 In an earlier comment on this season I noted that Jimmy’s character arc is basically complete by the end of Season 4, when he registers to practice law under the name Saul Goodman. Insofar as anything substantial has happened to Jimmy’s insides this season, it has been his dawning awareness that he isn’t going to change, and because he isn’t going to change he has gone down what one episode calls “Bad Choice Road” — a road doesn’t have an exit or room to turn around. What remains is simply to find out where the road goes, because there is no alternative to it. And of course all of us who watched Breaking Bad know basically what’s ahead for Jimmy.

Similarly, Mike’s character arc is completed this season when he decides to “play the hand he was dealt” and work full-time for Gus. And we know where his road leads him also. These two characters may participate in interesting events, and those may surprise us, but neither of these characters will surprise us.

Nacho has not really had a character arc. He has been the same person since we first met him: a person who wants to be decent but who lacks the strength of character, or the resourcefulness, or both, to extricate himself from involvement with the cartel. We want him to get out of the bind he’s in; we are eagerly waiting to see if he does; but he is not going to change in any significant way. And meanwhile the blood on his hands is growing thicker.

Which leaves us with Kim. At a certain point in this episode Kim learns — or thinks she learns — that Lalo Salamanca is going to die and she won’t have to fear him any more. And it is immediately after that, though the causal connection is unclear, that she seems to morph into a different person. Something seems to have been released in her, and it’s not altogether pleasant to see. It is a very strange thing to watch. When she starts musing about how she and Jimmy might destroy Howard Hamlin’s career — even though Howard has not, as Jimmy points out, done “something unforgivable,” the phrase that provides the title of the episode — Jimmy tells her that of course she wouldn’t actually do that. To which she replies, “Wouldn’t I?” And a silence ensues.

Season 4 ended with Jimmy surprising Kim by deciding to practice under the name Saul Goodman — immediately after shocking her by revealing that his moving speech to the board reviewing his reinstatement was total bullshit. 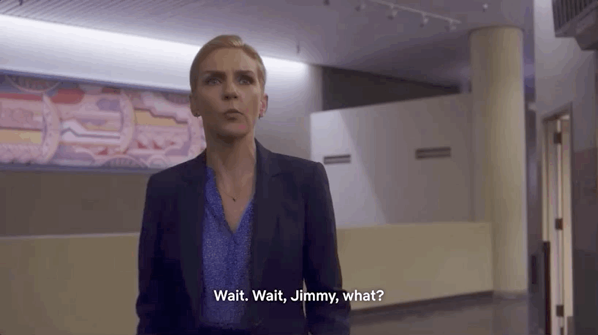 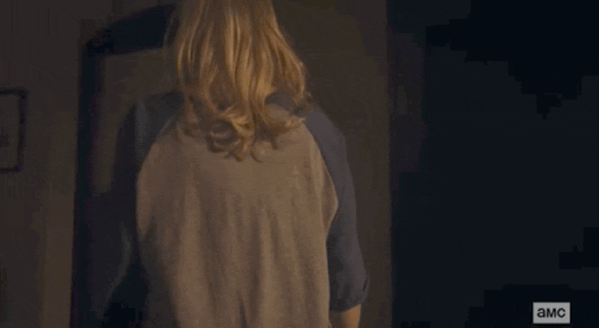 The same turn, the same gesture — but with the fingers made explicitly into pistols, rather a bold thing to do to a guy who has just been threatened at gunpoint — and now it’s Kim who is bold and assured, and Jimmy who is disoriented.

Kim knows what she is echoing. She remembers how Jimmy played her. But what does her echo of his gesture mean? It makes me wonder whether all the changes in Kim’s relationship with Jimmy, including their marriage of convenience, have been part of a plan. But what plan? I also find myself thinking about something apparently unrelated: We are allowed in this very eventful episode to spend several minutes with Kim in a room filled with the files of people in need of legal defense. From those she selects people to represent — but how does she decide? Does she choose at random, at least among those accused of felonies (which she has specifically requested)? Or is she looking for something? And if so … what?

All of which leads me to one more question: What do we really know about Kim Wexler?