In 1878 a man named William Barnes published a book called An Outline of English Speech-Craft. “Speech-craft” is a word Barnes prefers to “grammar” because “grammar” is not an English word but a Greek one. Barnes’ self-chosen quixotic task — as outlined in his Preface Fore-Say — is to describe English speech-craft using only English words. The task is quixotic because linguists and lexicographers and grammarians typically use words borrowed from Latin and (less often) Greek. They speak of prepositions and participles, of the nominative and the subjunctive, of transitive and intransitive. Here are some of Barnes’s alternative terms — I’ll leave it to you to guess what Latinate terms they are meant to replace:

Notice how many of these are kennings. Notice also that he can’t escape the influence of Latin altogether. 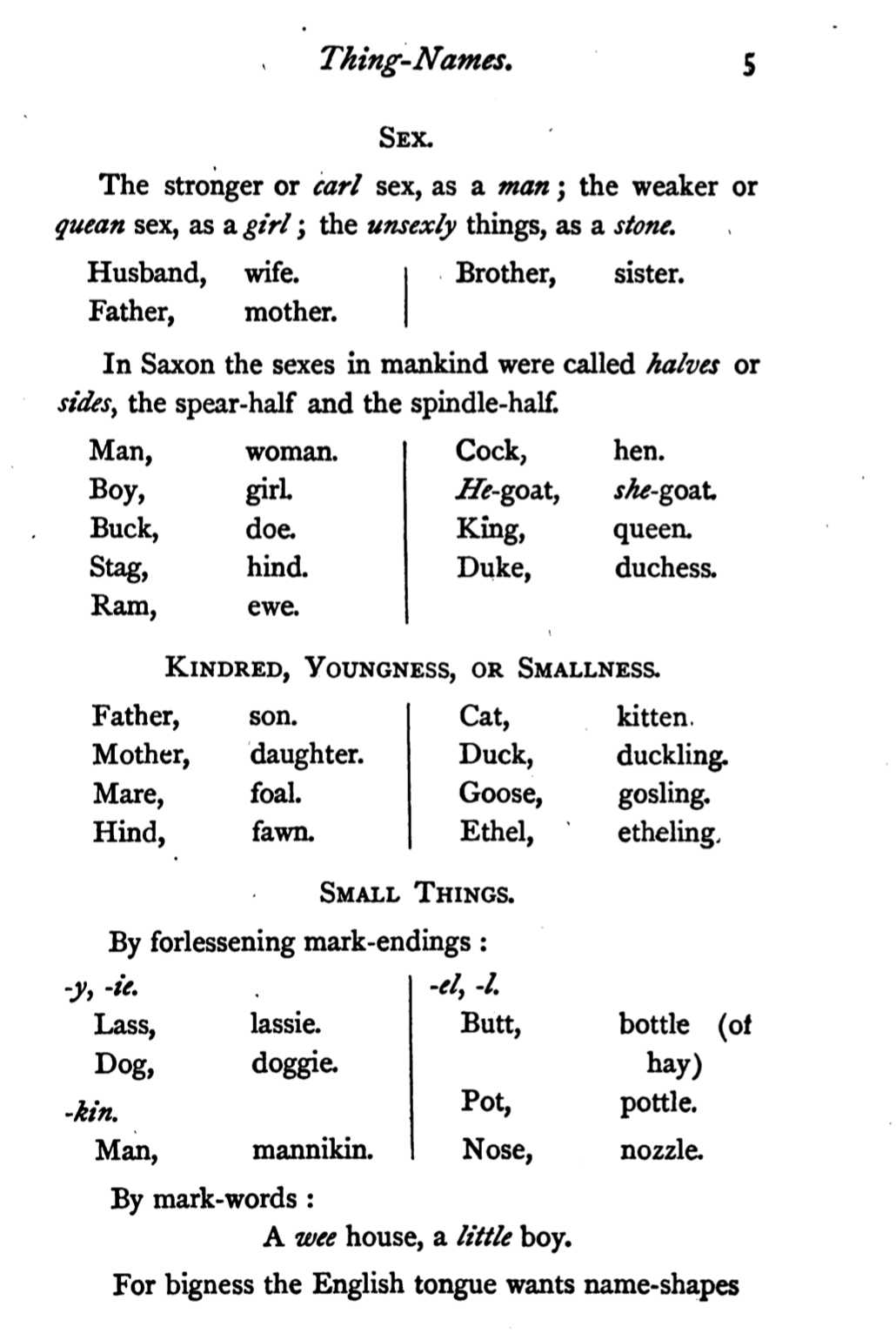