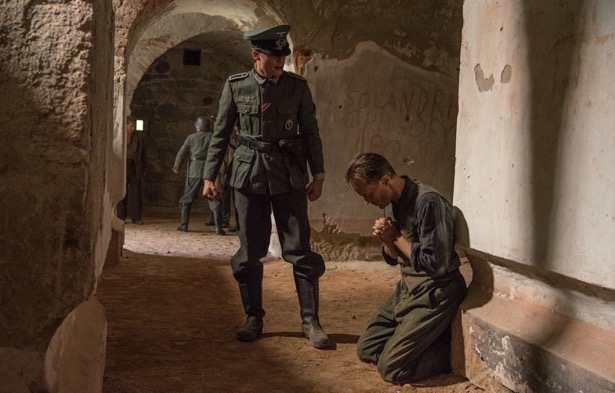 Tony Tanner, in his great essay on Jane Austen’s Mansfield Park, comments extensively on the peculiarity of a heroine, Fanny Price, who so rarely does anything. Contrast her to, for instance, Elizabeth Bennet, who marches miles across fields to care for her ill sister Jane, thereby arousing contempt from some — How she muddied her skirts! — and admiration from others — What a lovely flush the exercise brought to her cheeks! Fanny, by contrast, mainly … sits.

It is next to the ebullient Crawfords that we must try to appreciate Fanny’s stillness, quietness, weakness and self-retraction…. It is a way of showing that she is not quite at home in the world, that she cannot compete with its rampant appetitive energies. In Fanny’s case this weakness is also a token of the exhaustion and strain she incurs through her ‘heroism of principle’. In her stillness she is not inactive: on the contrary, she is often holding on strenuously to standards and values which others all around her are thoughtlessly abandoning. Typically she welcomes the ‘tranquillity’ made possible by Mansfield Park at its best. She is content to remain apart, silent, unnoticed, out of the ‘festivities’. Whereas Mary [Crawford] is a distinctly forward woman, always in her element in the arena of society, Fanny is marked by ‘natural shyness’. Indeed, when all the others complain of the dullness which comes over the house after Sir Thomas returns, she defends it, saying, ‘There must be a sort of shyness.’ To appreciate the full implications of this we should bear in mind a late remark of Jane Austen’s: ‘What is become of all the shyness in the world?’ By which she clearly means not a false modesty but a true unassertive reticence of soul. A selflessness; a quietness.

Tanner calls our attention to the ultimate clarification of this trait of Fanny’s in what for my money is the single most brilliantly conceived and executed scene in all of Austen. (And that’s saying a lot.) The characters have taken a day trip to Mr. Rushworth’s estate, and while they all go off exploring, often in pairs, sometimes in pairs that should not be pairs, Fanny finds a pleasant spot and, once more, just sits.

It is here that Fanny desires to sit down and be still, and she does so on a bench which confronts an iron gate which separates the wilderness from the unenclosed spaces of the park beyond. This is one of the most important gestures in the book. Mary, typically, has no taste for stillness. ‘“I must move,” said she, “resting fatigues me”’, and leaving Fanny immobile, she entices Edmund back into the wood. Then Henry Crawford and Maria and Mr Rushworth appear. Maria, always impatient of all restraints and enclosures, wishes to go beyond the gates and into the wider freedom of the park. The gate — perfect image for the rigid restrictions imposed by the conventions of civilised life — is locked. Mr Rushworth goes to fetch the key. Being engaged to Maria, he is in many ways the lawful person to ‘open the gates’ (there is perhaps a reference to virginity here, just as the locked garden represents virginity in medieval paintings). But in his absence, Henry engages in some very persuasive and suggestive double entendre with Maria. The improver of the estate is also the disturber of conventional life. The whole conversation should be looked at carefully; particularly when Maria complains that the iron gate ‘gives me a feeling of restraint and hardship’ and Henry answers, ‘I think you might with little difficulty pass round the edge of the gate, here, with my assistance; I think it might be done, if you really wished to be more at large, and could allow yourself to think it not prohibited.’ Their final adultery also a bypassing of the ‘iron’ codes of society is here prefigured.

Again, Fanny is ‘left to her solitude’. And so it goes on. Mr Rushworth appears, upset to find he has been left behind; Julia turns up breathless and angry; Edmund and Mary continue their ‘winding’ walk in the woods. Only Fanny is still, silent, alone; not involved in the confused antics of all the others, who are variously pursuing their own desires and indulging their impulses. When they do all meet up again, one feels that some irreparable damage has been done.

I’ve been thinking of this scene, and Tanner’s account of it, as I have reflected on Terrence Malick’s A Hidden Life. Franz Jägerstätter’s virtue lies almost wholly in stillness, in refraining, in simply maintaining his stability when all around him have lost theirs. They make vows he does not make; they talk emptily, while he keeps his counsel; they serve their Mortall God, which he politely declines to do; in the end, they kill him, while he is killed by them. Such is his passion — passio, passive, suffering. To quote Tanner with a change of pronouns, “In his stillness he is not inactive: on the contrary, he is often holding on strenuously to standards and values which others all around him are thoughtlessly abandoning.”

We are, generally speaking, not impressed. “Stillness, quietness, weakness and self-retraction” — rather negative as virtues go, wouldn’t you say? Not much to get excited about, is there? But maybe Jane Austen and Franz Jägerstätter understood something we don’t — maybe more than one thing — about what it takes not to be blown about by every propagandistic breeze (for so I render ἀνέμῳ τῆς διδασκαλίας), and about the distinctive kind of weakness in which Another’s strength may be made perfect. Christians who are “not quite at home in the world,” and cannot, or will not, “compete with its rampant appetitive energies” may not deserve our contempt. I find myself longing to exhibit something that no one has ever accused me of exhibiting: “true unassertive reticence of soul.”