control and surrender, architecture and gardening 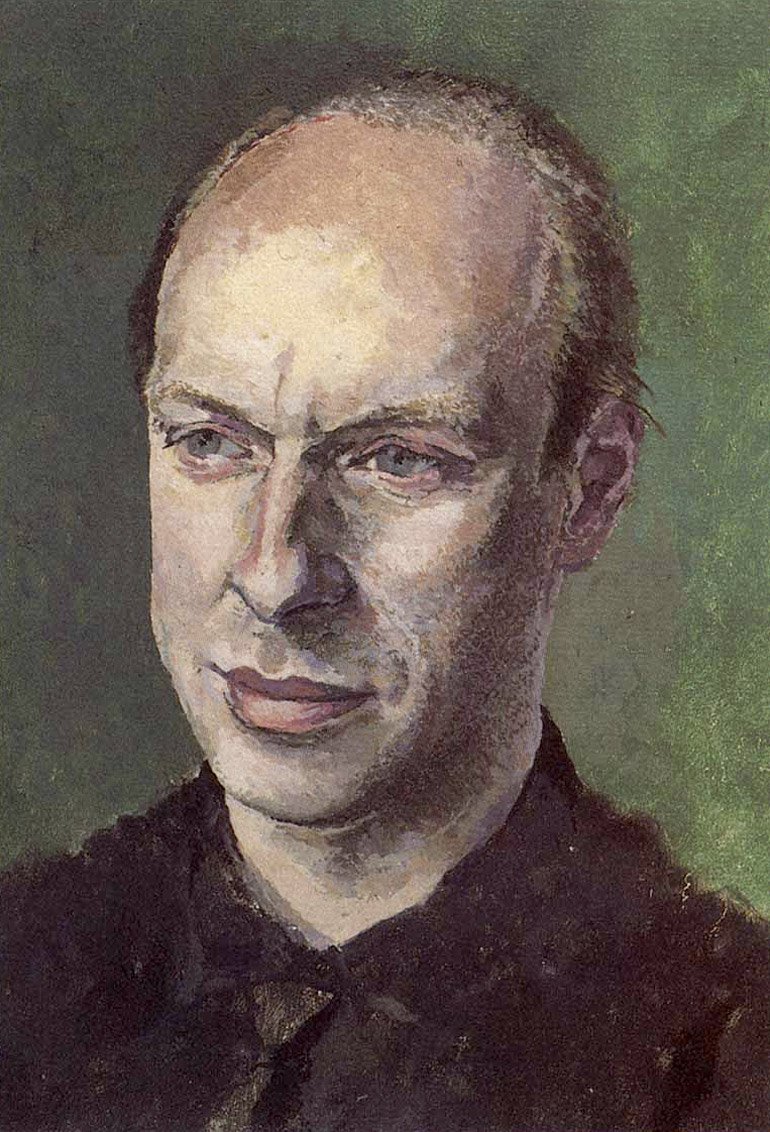 I once devised a television project whose abbreviated ghost now forms, not inappropriately, an introduction to the film I worked on with Jake Auerbach (Artist’s Eye: Tom Phillips, BBC2 1989). The title was to be Raphael to Eno: it traced the lineage of pupil and teacher back through Frank Auerbach, Bomberg, Sickert etc. until, after an obscure group of French Peintres du Roy, it emerged via Primaticcio into the light of Raphael. Thus I find that at only twenty removes I am a pupil of Raphael. Brian Eno as a student of mine (initially at Ipswich in the early sixties) therefore continues that strange genealogy of influence as the twenty-first.

I cite that simply because it’s awesome.

The relationship between Phillips — one of whose most famous works is A Humument, an ongoing-for-decades collage/manipulation/adaptation of a Victorian book — and Eno is a fascinating one in the history of aleatory or, as I prefer, emergent art.

I’ve been talking about all this with Austin Kleon — whose newspaper blackout poems are descendants or cousins of A Humument — who not only knows way more about all this than I do but who also has been posting some great stuff lately on the themes of patience, waiting, and what I recently called “re-setting your mental clock.” See for instance this post on Dave Chappelle’s willingness to wait for the ideas to show up at his door.

And of course that post circles back to Eno — so many useful thoughts about being a maker of something circle back to Eno — quoting from this article:

“Control and surrender have to be kept in balance. That’s what surfers do – take control of the situation, then be carried, then take control. In the last few thousand years, we’ve become incredibly adept technically. We’ve treasured the controlling part of ourselves and neglected the surrendering part.” Eno considers all his recent art to be a rebuttal to this attitude. “I want to rethink surrender as an active verb,” he says. “It’s not just you being escapist; it’s an active choice. I’m not saying we’ve got to stop being such controlling beings. I’m not saying we’ve got to be back-to-the-earth hippies. I’m saying something more complex.”

In another talk, one in which he also spoke of control and surrender, he developed another contrast, between creativity-as-architecture and creativity-as-gardening:

And essentially the idea there is that one is making a kind of music in the way that one might make a garden.  One is carefully constructing seeds, or finding seeds, carefully planting them and then letting them have their life.  And that life isn’t necessarily exactly what you’d envisaged for them.  It’s characteristic of the kind of work that I do that I’m really not aware of how the final result is going to look or sound.  So in fact, I’m deliberately constructing systems that will put me in the same position as any other member of the audience.  I want to be surprised by it as well.  And indeed, I often am.

I was texting with Austin about all this earlier today: 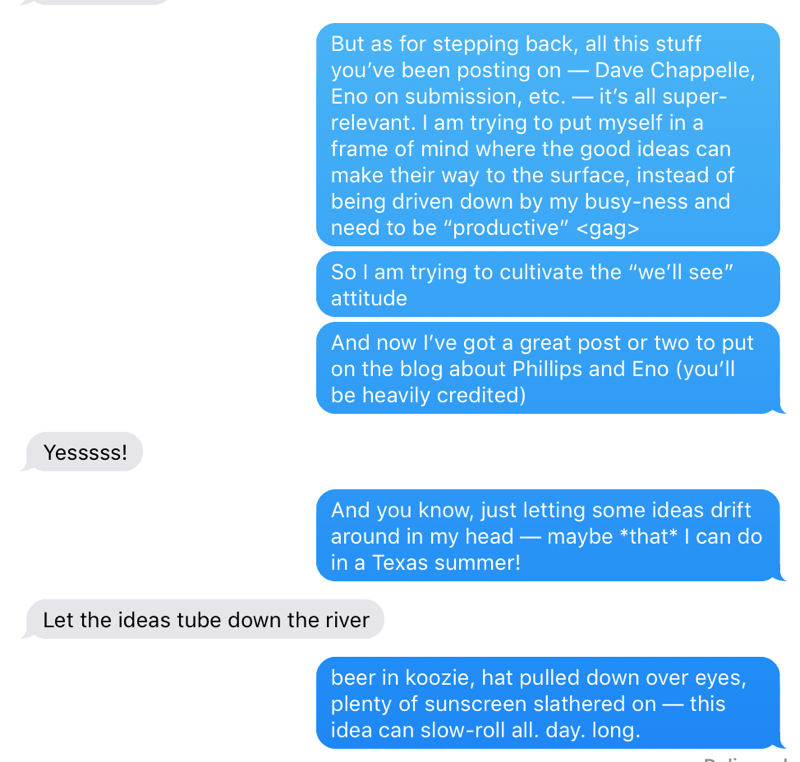 This is all good for me to reflect on right now, in this season of heat and uncertainty.

In her book The Craft of Thought, Mary Carruthers identifies the purpose of memorization in medieval intellectual culture:

The orator’s “art of memory” was not an art of recitation and reiteration but an art of invention, an art that made it possible for a person to act competently within the “arena” of debate (a favorite commonplace), to respond to interruptions and questions, or to dilate upon the ideas that momentarily occurred to him, without becoming hopelessly distracted, or losing his place in the scheme of his basic speech. That was the elementary good of having an “artificial memory.” …

I repeat: the goal of rhetorical mnemotechnical craft was not to give students a prodigious memory for all the information they might be asked to repeat in an examination, but to give an orator the means and wherewithal to invent his material, both beforehand and — crucially — on the spot. Memoria is most usefully thought of as a compositional art. The arts of memory are among the arts of thinking, especially involved with fostering the qualities we now revere as “imagination” and “creativity.”

Today people will tell you that memorization is the enemy of creativity; these medieval thinkers understood that precisely the opposite is true: the more you have memorized the greater will be your powers of invention.