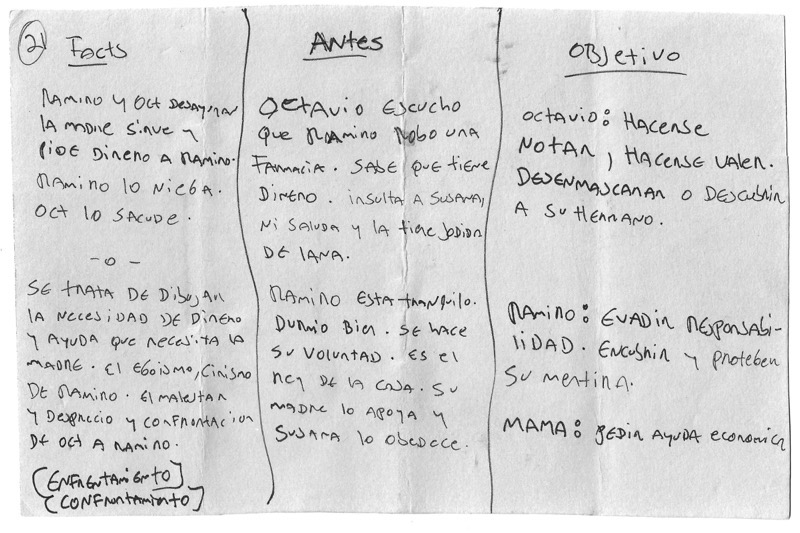 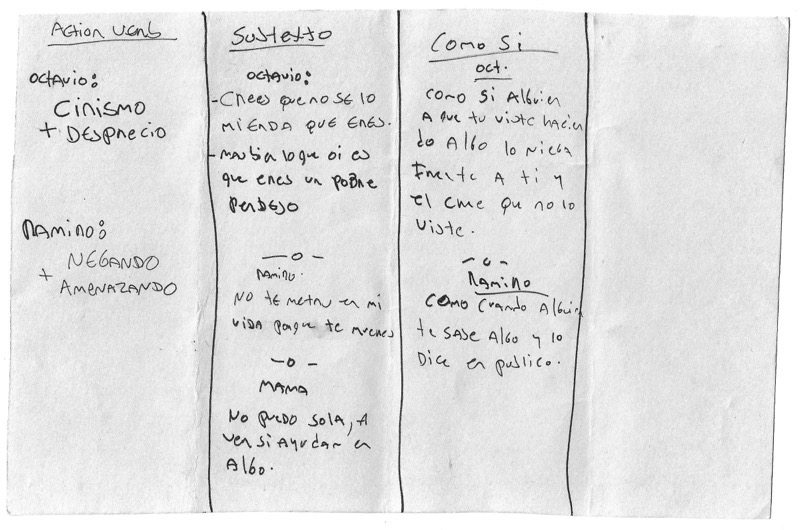 When preparing to shoot a scene, the film director Alejandro Iñárritu prepares note cards to help him organize his thoughts. ”During the production of a film, it’s easy to lose track of and forget the original intentions and motives that you had three years ago in your head and that are always so important.” Moreover, “As Stanley Kubrick once said, making a movie is like trying to write poetry while you’re riding a roller coaster. When one is shooting a film, it feels like a roller coaster, and it’s much more difficult to have the focus and mental space that one has during the writing or preparation of a film.”

So to forestall these problems, Iñárritu grabs a blank note card and divides it into columns, usually featuring six categories:

I love stuff like this – the improvisations, the invented methods and practices, what Matt Crawford calls the jigs, that any creative person must develop in order to manage the complexities of a serious project.