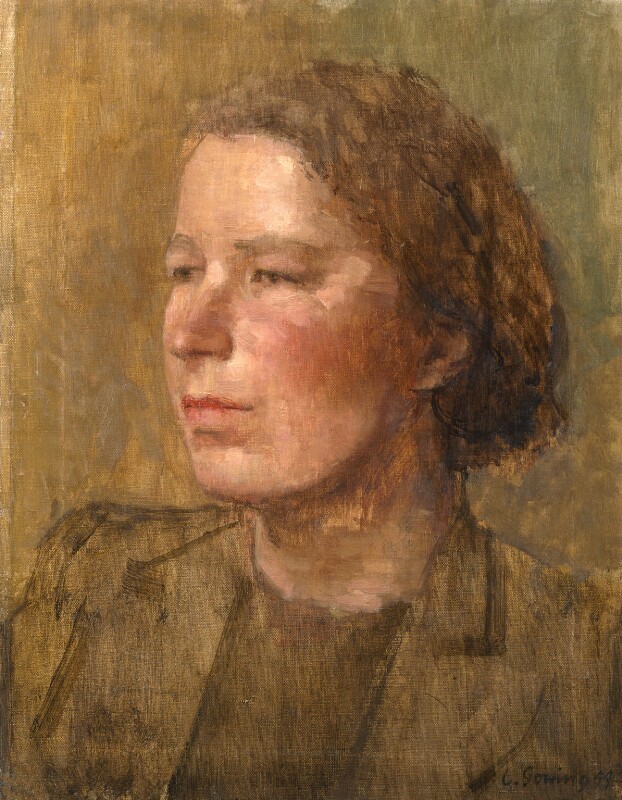 By the adjective “narrative” Grafton means to distinguish Wedgwood’s way of writing history from what has become the standard academic one, which is less concerned with telling a story than providing an analytical and often data-driven framework for understanding historical events and patterns. That model has become sufficiently dominant that most of us these days think of the writing of history as something very different than the writing of “literature,” but ’twas not always so. When Gibbon wrote his great Decline and Fall of the Roman Empire he was understood to be just as literary as Alexander Pope or Henry Fielding (probably more so than Fielding). In the next century Lord Macaulay’s History of England was every bit as literary as his Lays of Ancient Rome. George Steiner, writing decades ago, understood that Wedgwood was working in this tradition, and celebrates it even as he denounces what has replaced it:

The ambitions of scientific rigour and prophecy have seduced much historical writing from its veritable nature, which is art. Much of what passes for history at present is scarcely literate…. The illusion of science and the fashions of the academic tend to transform the young historian into a ferret gnawing at the minute fact or figure. He dwells in footnotes and writes monographs in as illiterate a style as possible to demonstrate the scientific bias of his craft. One of the few contemporary historians prepared to defend openly the poetic nature of all historical imagining is C. V. Wedgwood. She fully concedes that all style brings with it the possibility of distortion: ‘There is no literary style which may not at some point take away something from the ascertainable outline of truth, which it is the task of scholarship to excavate and re-establish.’ But where such excavation abandons style altogether, or harbours the illusion of impartial exactitude, it will light only on dust.

“The poetic nature of all historical imagining” — preach it, sir! But few historians today, even those rare birds who even make an effort to tell a good story, can hold a candle to Wedgwood. Peter Ackroyd, for instance, who has shifted from being primarily a novelist to being primarily a historian, presumably because of his skills at narration, is a mechanical plodder in comparison to Wedgwood. (And he’s getting worse. His ongoing history of England is coma-inducing.)

Wedgwood didn’t describe what she did as more literary or artful than the work of academic historians, even though, of course, it is. Here’s how she understood her work:

The application of modern methods of research, together with modern knowledge and prejudice, can make the past merely the subject of our own analytical ingenuity or our own illusions. With scholarly precision we can build up theories as to why and how things happened which are convincing to us, which may even be true, but which those who live through the epoch would neither recognize nor accept. It is legitimate for the historian to pierce the surface and bring to light to motives and influences not known at the time; but it is equally legitimate to accept the motives and explanations which satisfied contemporaries…. This book is not a defence of one side [in the English Civil War] or the other, not an economic analysis, not a social study; it is an attempt to understand how these men felt and why, in their own estimation, they acted as they did.

That from the Introduction to The King’s Peace, the first volume of her history of the fall of King Charles I. This interest in representing people and events by employing categories that they themselves would have recognized may be seen in this brilliant brief portrait of Charles:

He had never had the painful experience from which his father, as a young man, had learned so much; he had never confronted insolent opponents face-to-face and had the worst of the argument. No national danger had compelled him to go out among his people and share their perils. He was, at this time, not only the most formal but the most remote and sheltered of all European kings.

Less virtuous monarchs escaped from formality in the arms of lowborn mistresses, but for the chaste Charles, no Nell Gwynne, prattling cockney anecdotes, opened a window into the lives of his humbler subjects. Like many shy, meticulous men, he was fond of aphorisms, and would write in the margins of books, in a delicate, beautiful, deliberate script, such maxims as “Few great talkers are great doers” or “None but cowards are cruel.” He trusted more to such distilled and bottled essence of other man’s wisdom than to his own experience, which was, in truth, limited; his daily contact with the world was confined within the artificial circle of his Court and the hunting field. He was to say, much later, in tragic circumstances, that he knew as much law as any gentleman in England. It was true; but he had little conception of what the laws meant to those who lived under them.

That last sentence is simply devastating. (Whenever Wedgood pauses in her narrative for a character sketch of one of her actors, you are always in for something superb.)

Wedgwood pauses from time to time in The King’s Peace, especially in its early pages, to sketch not personalities but social orders and patterns and beliefs, including the experiences of those very people whom Charles never knew. Here’s a sample:

In the wilds of Lochaber from time to time a green man could be seen, one that had been killed between daylight and starlight and belonged neither to earth nor heaven. Some thought these apparitions were only the unhappy dead but others thought them one of the many forms taken by the devil. The strong forces of nature, with the advent of Christianity, had become confused with the devil, and after the lapse of centuries witchcraft had become indivisibly compact of pagan and Christian beliefs. The devil, in many forms, bestrode the islands from end to end. Sometimes he was “a proper gentleman with a laced band,” as when he came to Elizabeth Clarke at Chelmsford; at other times you might know him, as Rebecca Jones of St. Osyth did, by his great glaring eyes. He was cold and sensual and rather mean: he offered Priscilla Collit of Dunwich only ten shillings for her immortal soul; she gave it to him and off he went without paying. Respectably dressed in “brown clothes and a little black hat,” he spoke in friendly terms to Margaret Duchill of Alloa in Scotland; “Maggie, will you be my servant?” he asked, and when she agreed he told her to call him John and gave her five shillings and powers of life and death over her neighbours.

I could quote paragraph after paragraph, page after page, of this kind of thing. And her ability to immerse you in a battle, or a court scene, or a back-room political argument, is unexcelled. Moreover, all this is based (as Grafton notes) on exceptionally thorough archival research, sometimes in multiple languages. I am writing a book that attempts to convince people that the past can be, and should be, a living world to us. That case would be much easier to make if there were more historians like C. V. Wedgwood.

She should be remembered as one of the best storytellers writing in English in the twentieth century. And yet her major works — with the sole exception of the early but masterful history of the Thirty Years War — are out of print. That is a travesty.

Editors! Publishers! Let’s redress this injustice. If you need someone to edit and/or write an introduction to a new edition of Wedgwood’s work, just call on me. I am here for you.

And readers! You can of course start with The Thirty Years War, which is as good as advertised. But I prefer her work on English history. For those, AbeBooks is your friend. If you’re not sure you want to commit to one of the big books, her third volume on the English Civil War, A Coffin for King Charles, works perfectly well as an independent story and comes in at around 250 pages. It is absolutely riveting.