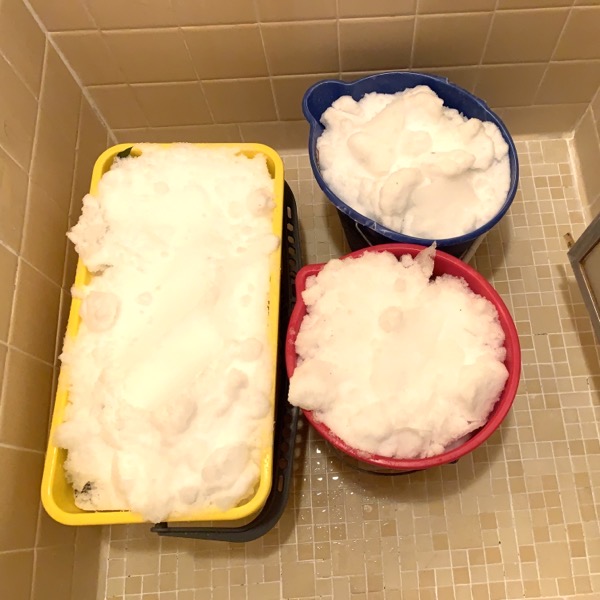 We’re spending much of the day harvesting snow so we’ll be able to flush our toilets when the inevitable comes: a period without water. When the thaw arrives, probably sometime tomorrow, frozen pipes will start to burst. As we near 32º I’ll turn off water to our property and hope for the best. The warming will be gradual, which I hope will help.

The situation itself has been difficult but obviously survivable, a condition that will continue if we lose our water for a while. I’m sure there are people in charge of various things here in Texas who could have and should have done their jobs better, but this is as close to a black-swan event as one is ever likely to see, so let’s please be reasonable in our criticisms.

But who am I kidding? The most simply annoying element of the whole situation has been the constant noise of axes grinding among the politicians and commentariat, whether the lefties gleefully mocking Texas as a “third-world nation” — their rhetoric is indistinguishable from Trump’s, with his sneers at “shithole countries” — or the right-wingers blaming everything on wind turbines and/or Joe Biden’s powers of weather manipulation. (Between Biden attacking Texas with his crack team of polar vortices and the Rothschilds wielding their cleverly targeted space lasers, these sure are hard times for solid Christian folk like me.) The greatest frustration I have with American axe-grinding is the way everyone always grinds the same axe, grinds it to absolute powder, then grabs a clone of it and starts grinding that. For partisans on both sides, every story has a moral and every story has exactly the same moral. And they never stop chanting it, transfixed as they are by their politico-verbal OCD.