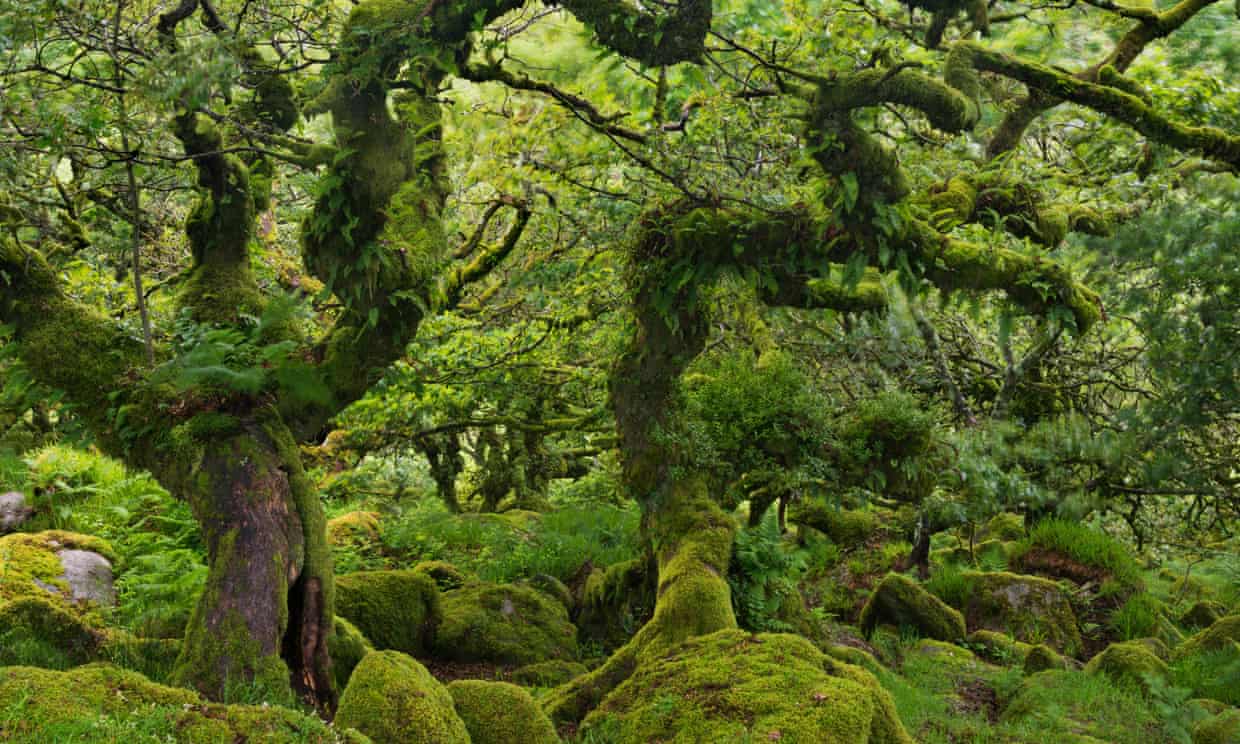 In the last chapter, Fowles relates a trip to Wistman’s Wood, an ancient scrap of oak forest on Dartmoor. He finds himself struck dumb: “Fairy-like, self-involved, rich in secrets … such inturned peace, such profound harmlessness, otherness, such unusing … all words miss, I know I cannot describe it.” It’s both moving and humbling to watch so great a writer labour at the outer reaches of language. I went there myself this September, even locating what I thought might be the same “patriarchal gnome-oak” that had sheltered Fowles as he racked his brains. I sat down, too, wondering if I was feeling what he had felt. Only now do I realise my mistake. Next time, I’ll put the book away and listen for what no human voice – not even John Fowles’s – can tell me.