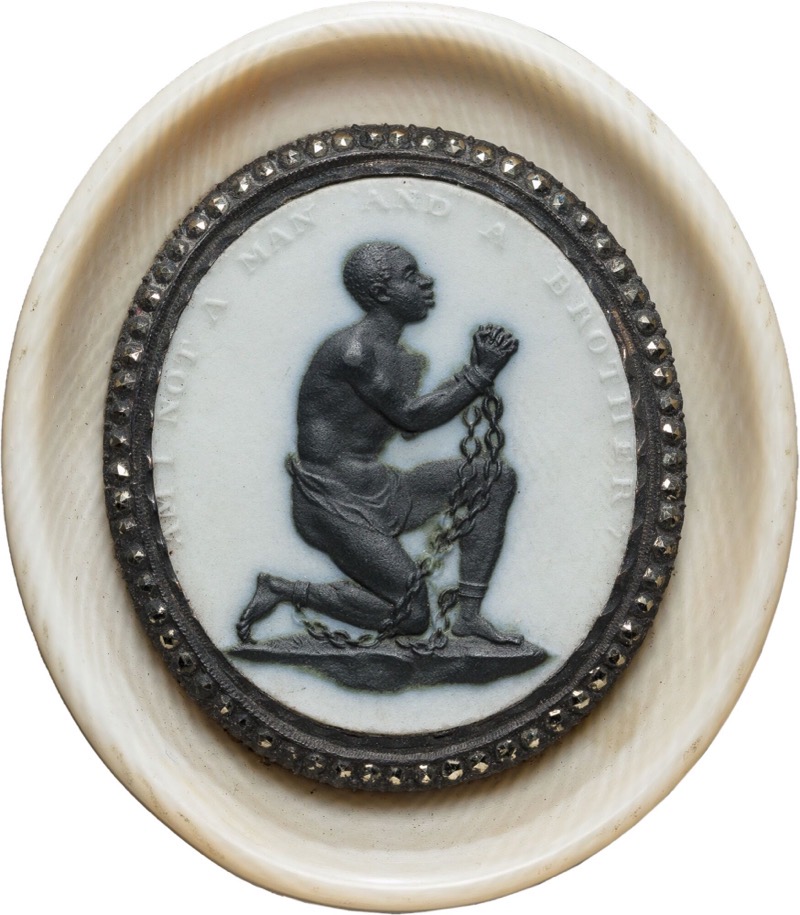 An anti-slavery medallion by Josiah Wedgwood

Wedgwood seems to have thrown himself behind the cause of abolition out of genuine conviction. The medallion presented a marketing opportunity of sorts, but he manufactured it in large numbers at his own cost and ran the risk of alienating wealthy customers who opposed abolition. At the same time, as Hunt acknowledges, Wedgwood’s business was inextricable from the socioeconomic structures that sustained the slave trade. He depended on secure colonial shipping routes and sold extensively to the American colonies: Boston and Kingston were the perfect place to offload wares that had passed the peak of fashion back in Britain. Closer to home, many of his British customers derived their fortunes, one way or another, from colonial trade, including the trade in human beings. This trade helped to fuel the boom in domestic consumption that allowed Wedgwood to dream of selling high-quality artistic tableware to a growing middle-class market. Colonial commodities such as coffee, tea and sugar, with their accompanying social rituals, provided the raison d’être for many of Wedgwood’s most successful products.