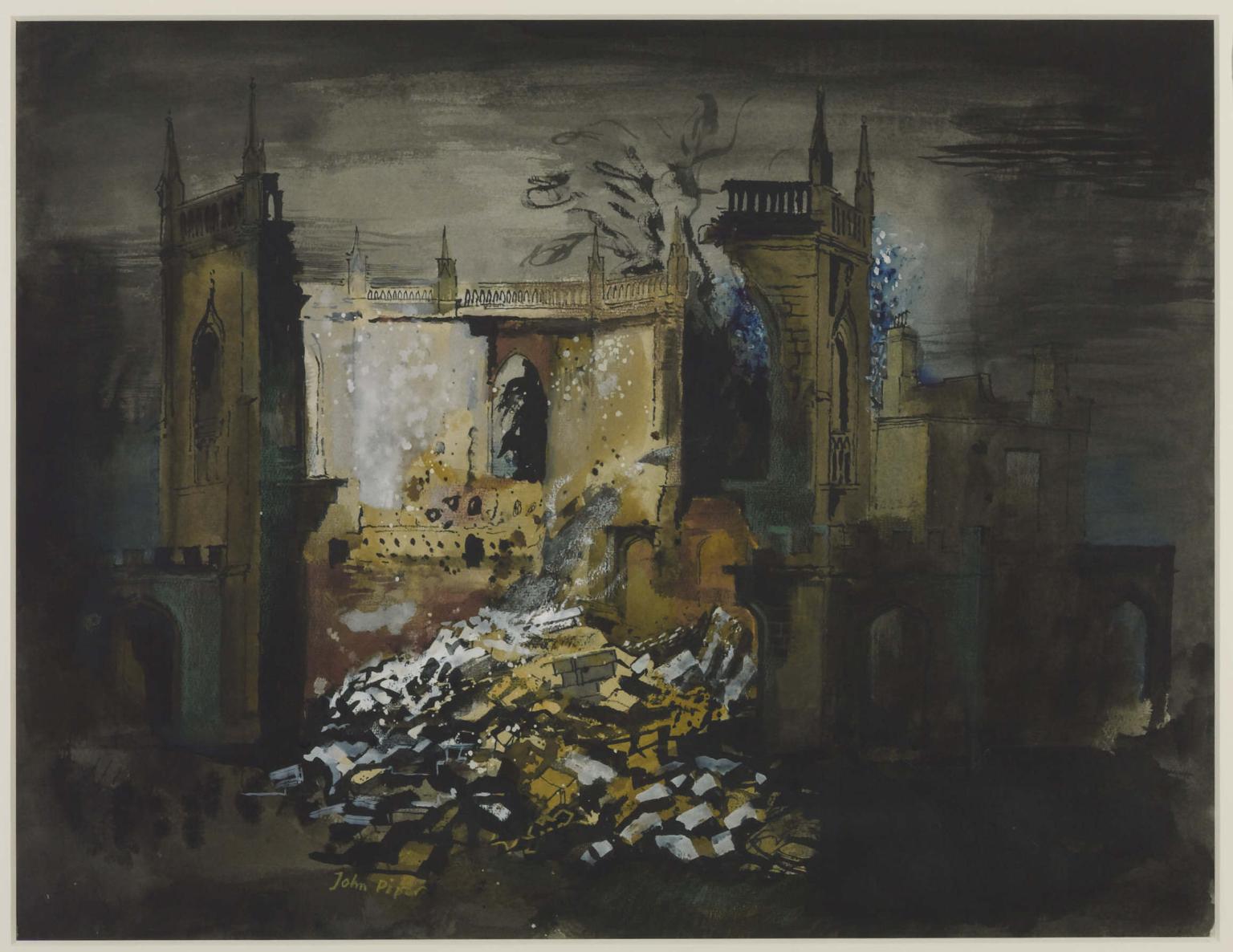 John Piper, All Saints Chapel, Bath (1942); Tate Britain: “Piper already had a reputation as a painter of historic architecture, in particular of ruined buildings, when he was commissioned to record war damage. He had painted in Bristol and the Houses of Parliament when Bath was bombed on the nights of 25, 26 and 27 April 1942 in some of the first ‘Baedeker raids’, so called because the targets were cultural rather than strategic and said to be selected from the pre-war Baedeker guide books. Piper went quickly to Bath when, he recorded, the ‘ruins were still smouldering and bodies being dug out.’”