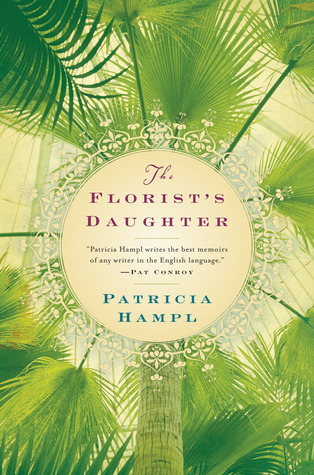 In a memorable scene from her memoir The Florist’s Daughter, Patricia Hampl describes what it was like, when she was a child, to watch her father arranging flowers:

He emerges from the walk-in cooler with an armload of flowers — tangerine roses and purple lisianthis, streaked cymbidium orchids, brassy gerbera daisies and little white stephanotis, lemon leaf, trailing sprengeri fern, branches of this, stems of that. He tosses the whole business on the big table, and stands in front of what looks like a garbage heap. An empty vase is set in front of him. He appears to ignore it. He just stands there, his pocketknife in his hand, but not moving, and not appearing to be thinking. He doesn’t touch the mess of flowers, doesn’t sort them. He just stares for a long vacant minute. He’s forgotten I’m sitting there.

Then, without warning, he turns into a whirlwind, Without pause, grabbing and cutting, placing and jabbing, he puts all the flowers into the vase, following some inner logic so that — as people always said of his work — it looks as if the flowers had met and agreed to position themselves in the only possible way they should be. He worked faster than anyone else in the shop, without apparent thought or planning. I could distinguish his arrangements — but they weren’t anything as artificial as an “arrangement” — from across the room from the dozens lined up on the delivery table for the truck drivers.

This is the art of arrangement: a discernment of the inner shapes and forms of things, followed by a self-effacement. So too with arrangement in all the arts.

Also universally true: that limited resources bring out the best, or worst, in an arranger. My friend Father Martin Johnson was a set designer in a previous life, and he commented to me once that a spare set was much more expensive to design than a busy one, because when the objects of our attention are few, every one of them has to be precisely right.

I am especially fascinated by musical arrangement, in which simple effects, when created by people who know what they’re doing, have extraordinary power. I could illustrate this point solely by reference to the work of Billy Strayhorn, who did more than almost anyone realizes to make the sound of Duke Ellington’s band, but let me instead take three examples from varied musical traditions.

Start with Ralph Vaughan Williams, whose choral settings are close to unparalleled. Listen to “Loch Lomond”:

Notice how in the third stanza and chorus he creates tremendous emotional power by the simple tactic of switching the roles of the lead tenor and the chorus: the rich weave of the choir in that verse is succeeded by the keening solo: “You take the high road….” And then in the closing notes the bass sinks down to notes we might expect in Rachmaninoff’s Vespers but that seem almost shockingly tragic in a performance of a Victorian imitation of a folk song.

The tragic element in Radka Toneff’s definitive version of Jimmy Webb’s “The Moon’s a Harsh Mistress” — no one else should ever sing this song — is intensified by Toneff’s death, probably by her own hand, at age twenty-nine. But there is more than enough tragedy in her performance: I don’t know that I’ll ever quite get over the way she sings “The sky’s made of stone” in the last stanza.

Every note, every inflection, of her rendering of the song is masterful — but so too is the piano of Steve Dobrogosz, so spare that he can’t afford to put one foot wrong. And he doesn’t. The vocal and the piano walk the same tightrope, and do it with such apparent effortlessness that you can’t imagine the song being different in any way. It’s “not anything as artificial as an ‘arrangement’” — it’s just heartbreaking.

That’s too dark a note to end on, and anyway it’s time to turn to another genre. Here’s Bill Withers singing “Use Me” (apologies for the dopey video — close your eyes while listening, please):

In addition to Withers’ urgent vocal, we have acoustic guitar, bass, percussion, clavinet — that’s it. (Plus three skillfully-placed handclaps — listen for them.) Spare in a very different way, everything driven by that funky beat and the unforgettable clavinet riff — if you can call a sequence that long (alternately 12 and 15 notes) a riff. I call it a riff, and one of the best I’ve ever heard.

Obviously, this is a very different musical experience than the first two, but it has in common with them that uncanny perfection of limited resources arranged in such a way that you couldn’t add anything without compromising the power of the song. That’s the power of great arrangement, whether of flowers or objects on a stage set or musical instruments and notes: the power to make you think Don’t touch it — please don’t take anything away, and for God’s sake don’t add anything. It’s as if all these things have “agreed to position themselves in the only possible way they should be.”