(A draft preface for my forthcoming edition of Auden’s book The Shield of Achilles, with some images and links that won’t be in the book.) 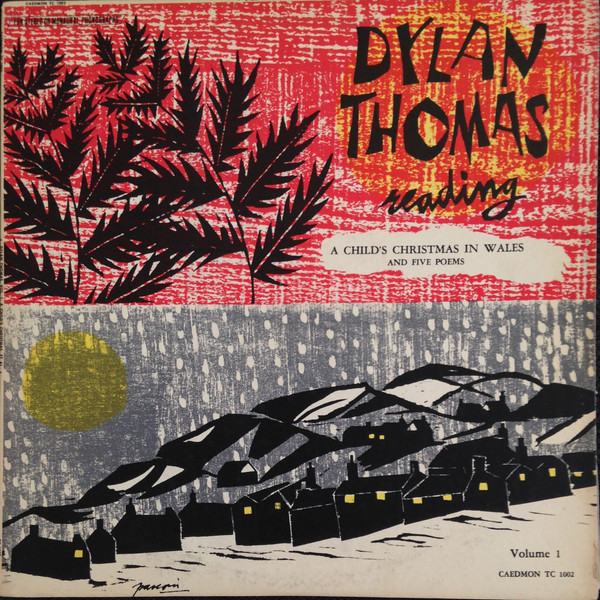 In 1952, Barbara Cohen and Marianne Roney, two recent graduates of Hunter College in New York City, started a company called Caedmon Records, with the goal of presenting the finest living poets reading their own work. They began with Dylan Thomas, who duly showed up in the studio with poems in hand – but only enough to fill one side of a record. Fortunately, he remembered that he had written a brief prose memoir that they could use to fill out the other side. Thanks largely to this casual inclusion of A Child’s Christmas in Wales the LP sold very well indeed and established the company’s reputation. The next year Cohen and Roney approached W. H. Auden, who entered a recording studio on 12 December 1953 to read enough poems to fill an LP. 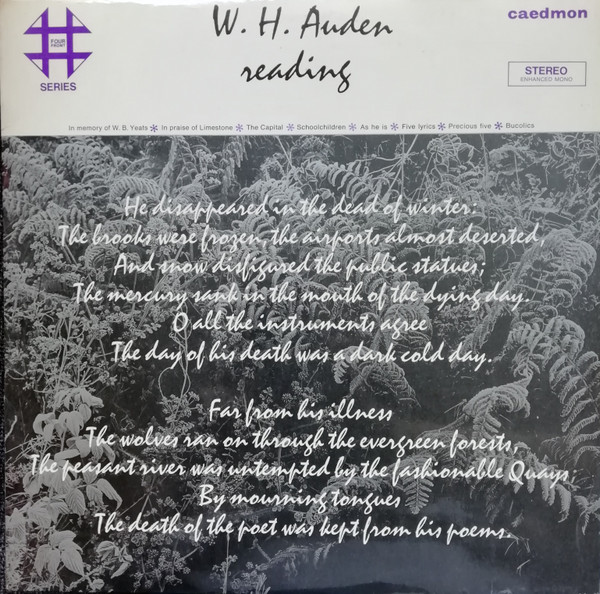 His famous 1939 poem “In Memory of W. B. Yeats” was chosen to begin the record, but most of the poems Auden read were recently-written ones. The second poem on the first side is “In Praise of Limestone” (1948), which he describes, in the liner notes he wrote to accompany the record, as “a kind of prelude to the series of Bucolics on Side Two.” That he would think of this ambitious and complex poem as mere “prelude” says something about where his mind was at the time. The seven “Bucolics” fill the whole of Side Two, and his liner notes say that they “have in common the theme of the relation of man, as a historical, or history-making person, to nature.”

Here’s Auden reading “Woods” — one of the “Bucolics” — in an unfortunately echoey space. (The Caedmon folks improved their recording techniques over the years.) Never forget: “A culture is no better than its woods.”

This theme of our double lives — in a nature shared with the other creatures, in a history that those creatures cannot know — dominated Auden’s thoughts, and his verse, for a decade or more. On March 9, 1950, Auden visited Swarthmore College, where he had taught between 1942 and 1944, to deliver a lecture called “Nature, History and Poetry.” He had already given an almost identical lecture at Mount Holyoke College in January and at Fordham University in February, and would give it once more, on March 11, at Barnard College. Except at Barnard, he provided for the audience a typed, mimeographed handout featuring a poem he had recently written, “Prime,” and, curiously, two early drafts of that poem. The subject of his talk was the human experience of living in “natural time” but also in “historical time,” and how poetry might capture that twofold temporality.

Auden gave four versions of the same talk not only because it enabled him to make more money with less work – though surely that was a factor – but also because the themes had risen to the point of obsession for him. (And again, not just recently: After reading “Prime” to the Swarthmore audience he says, “Actually this poem was written last August, in Italy, but a number of things go back much further than that.”) Nones, the collection of poems that Auden published in 1950, while it contains some of his finest poems, including “Prime,” is best understood as a kind of bridge between his long poems of the 1940s, which are focused almost wholly on the inner life, and the complex, resonant account of living-in-nature and living-in-history that he would achieve in this collection, The Shield of Achilles.