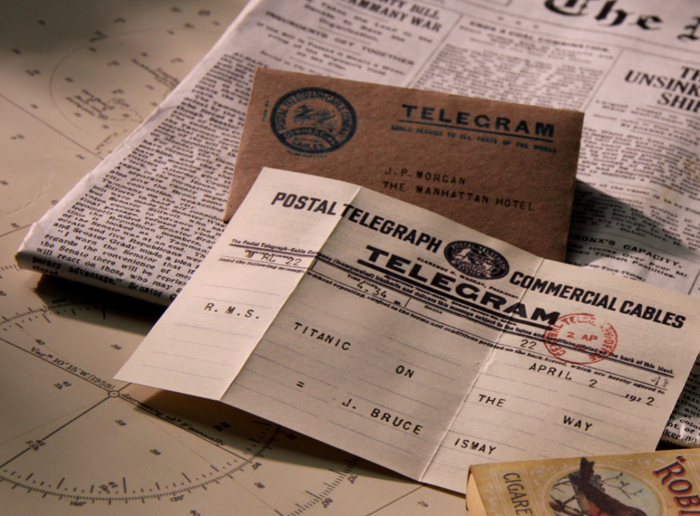 Annie Atkins is an immensely talented graphic designer who specializes in work for film — the image above is an example — and I’ve just started subscribing to her newsletter. In the newest installment she writes,

In early December I received a curious email from a Latvian man named Jānis claiming to have a large hoard of perfectly preserved but slightly yellowed paper from his great-grandfather’s 1930s stationery shop. Perfectly preserved but slightly yellowed paper is like gold dust in film graphics departments: no amount of tea-staining and ironing can make a paper prop look aged, but not like it was once dropped in a puddle. On The Grand Budapest Hotel the property buyer gave the graphics department three large boxes of paper salvaged from the old German Stasi offices, which felt so precious that we really only used it for making hero props. I only have about 20 sheets left from this haul now, so I ordered some more pieces from Jānis and, like he promised, it’s perfect. If you’d like to buy some, too, then you can use the code ATK20 for a 20% discount at his Etsy shop.

I had no idea that reproducing the look and feel of old paper was so difficult! Fascinating stuff. Also, check out the vintage toilet paper you can buy from Jānis: 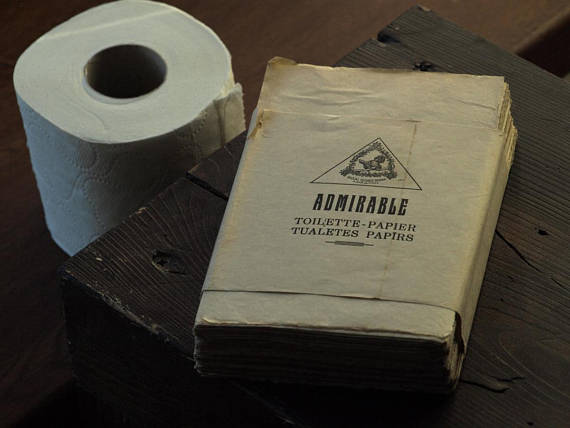