Ferdinand Mount on the new Hogarth exhibition at the Tate Britain:

Here we need, I think, to notice two large absences from Hogarth and Europe. These absences are not unique to the treatment of Hogarth – I have seen similar curatorial treatment in other recent exhibitions – but they are certainly conspicuous here. The first is the virtual absence of any aesthetic discussion. The emphasis instead is on the social background, the changing nature of the cities where the artists worked, the systems of patronage, the commercial networks. The sole mention of [Hogarth’s book] The Analysis of Beauty comes en passant, to explain the inscription of “the serpentine line of beauty” in the margin of the self-portrait with the pug. Yet the argument in The Analysis is highly relevant to any discussion of Hogarth’s Europeannness. As Joseph Burke points out, it is “in part, a sustained and at times brilliant rationalization of observed rococo principles”, the same principles which animated Watteau and Boucher. The serpentine line is intended not as another mechanical principle, such as the Golden Section, but rather as a means of imbuing art with life and movement. […]

A second and no less conspicuous absentee from these walls and these pages is religion. There is no mention at all of Hogarth’s huge early paintings, “The Pool of Bethesda” (1736) and “The Good Samaritan” (1736–7), on the staircase at St Bartholomew’s Hospital, or of the even more gigantic triptych of “The Ascension” (1755–6) at St Mary Redcliffe, Bristol. Most striking of all these absences perhaps is that of the Foundling Hospital’s “Moses Brought Before Pharaoh’s daughter” (1746). In the catalogue the only reference to the Foundling Hospital, to which Hogarth devoted so much of his time and energy, is an illustration of the elaborate plaster ceiling in the Court Room there.

Interesting that this critique touches on the same general points as my essay on the Tate’s Blake exhibition of two years ago. There is a kind of nervous narrowness to so many exhibitions and catalogues these days, an ongoing fear that the curators will speak of artistry or religious belief and fail to be sufficiently rigorous in focusing on the purely social and political. 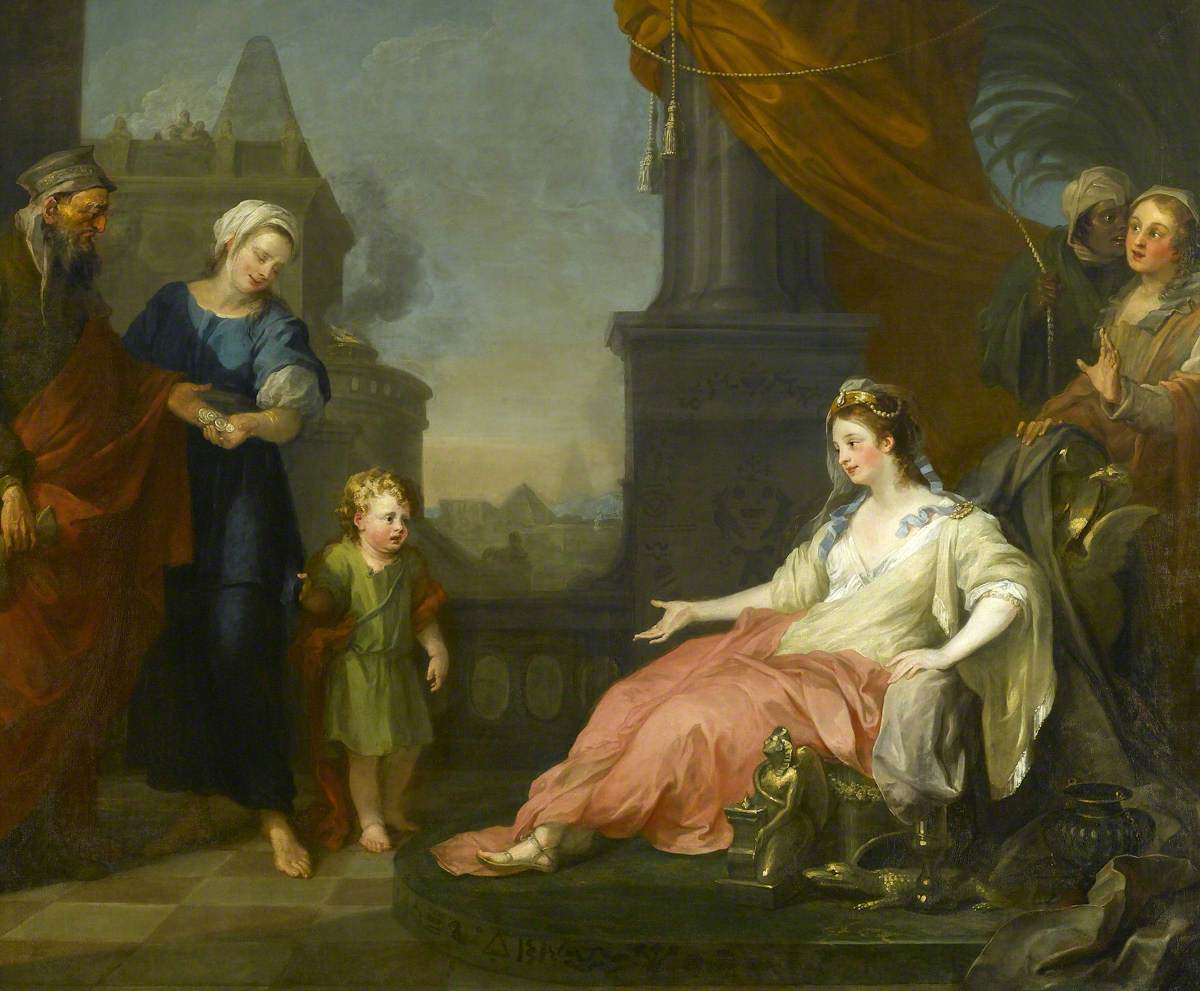