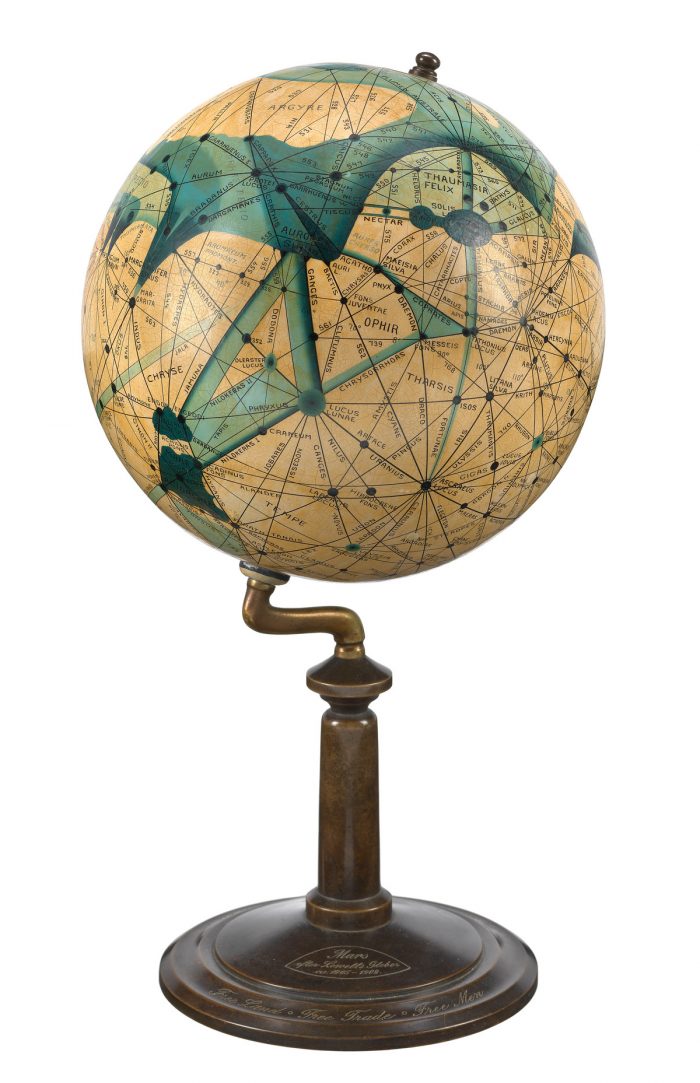 Royal Museums, Greenwich: A manuscript globe, hand painted and lettered, representing in 3-dimensional form the maps of Mars published in the American astronomer Percival Lowell’s books, Mars and its Canals (1906) and Mars as the Abode of Life (1908) which developed Camille Flammarion’s views. The globe is mounted on a bronze stand. Emmy Ingeborg Brun was a Danish Mars enthusiast who made a small number of globes, many for presentation to particular individuals and institutions. Her inscriptions suggest that she viewed Mars as a potential model for Christian socialist cosmopolitanism on Earth. There are three inscriptions engraved into the globe’s stand. The title — Mars after Lowell’s Globes ca. 1905-1909 — is near the column. On one half of the edge of the base is a quotation frrom the Lord’s Prayer — Thy will be done on earth as it is in heaven. On the other half of the edge of the base is a socialist slogan — Free Land. Free Trade. Free Men.