I think my earlier prediction that Season 5 would not primarily be about Jimmy/Saul — because the transformation from the former into the latter is complete — has been borne out by subsequent episodes. Notice that the Saul storylines are largely comical, about his scams and tricks: filming stupid commercials, playing pranks on Howard, etc. It’s great fun, but nothing fundamental is at stake, because the character arc is essentially complete. 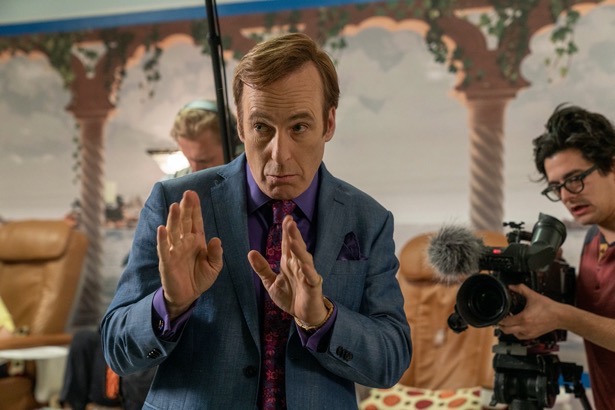 Which leads us back to Kim. Episode 6 ends with a shocker: Kim suggesting to Jimmy that they get married. (At which my wife cried out Nooooo, and for very good reason.) I’m going to make another prediction: She doesn’t mean it. She is bitterly angry with Jimmy for having played her in the Mesa Verde case, and she is in turn playing him. This is payback. For a change, Kim will, at least for a moment, be the puppeteer pulling the strings.

Think back to the beginning of the episode: young Kim standing outside her school, in the dark, waiting for her mother to pick her up. Mother finally arrives, drunk, and Kim takes a good look at her and says: I’m walking. Mother pleads; Kim walks. Mother pleads and wheedles and threatens; Kim keeps walking. Kim knew then when to draw the line, when enough is enough, when she’s not going to be played any more. And she still does.