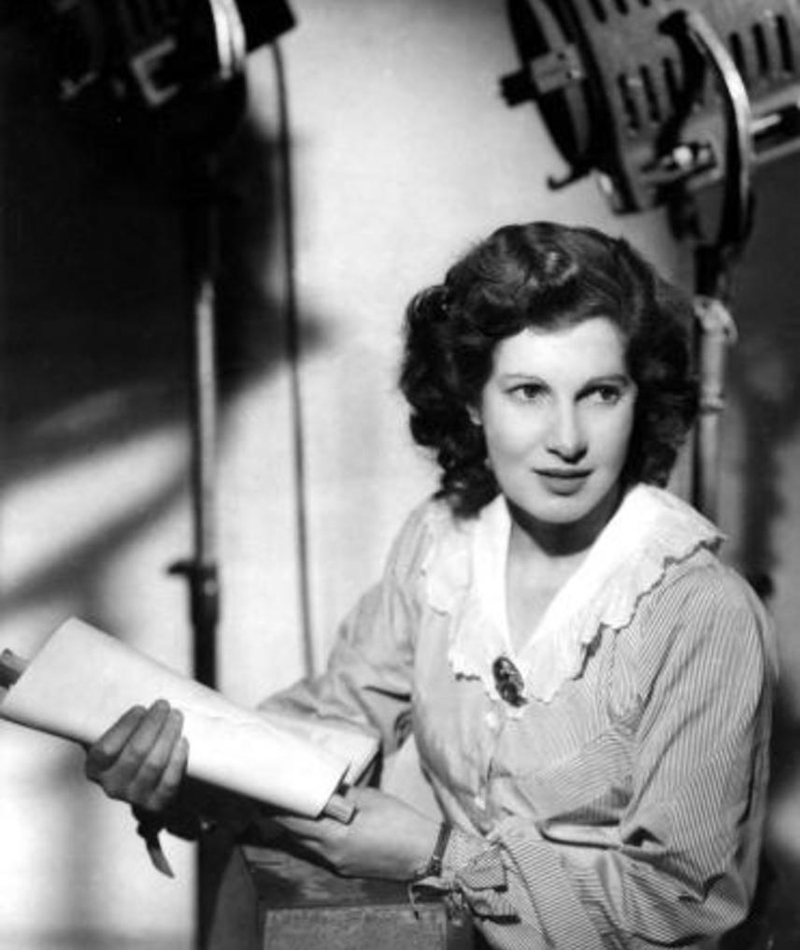 Jill Craigie (1911-1999) was an extraordinary and (in my country anyway) insufficiently well-known figure. Born in London to a Scottish father and Russian mother, she became an actress, a filmmaker, a feminist and historian of feminism, and spouse to the Labour Party giant Michael Foot. Marrying an exceptionally famous man eclipsed the rest of her varied career, alas.

In the midst of World War II she wrote, directed, and narrated a fascinating short documentary called Out of Chaos (1944). If you’re in the U.K. you can follow that link to watch the whole film, but elsewhere you’ll need a VPN. The topic of the film is the dramatic upsurge in the British public’s interest in art during the war, and the film covers a remarkable array of people and activities in its 27 minutes. Here’s a picture, taken during the making of the film, of Craigie and the great Stanley Spencer: 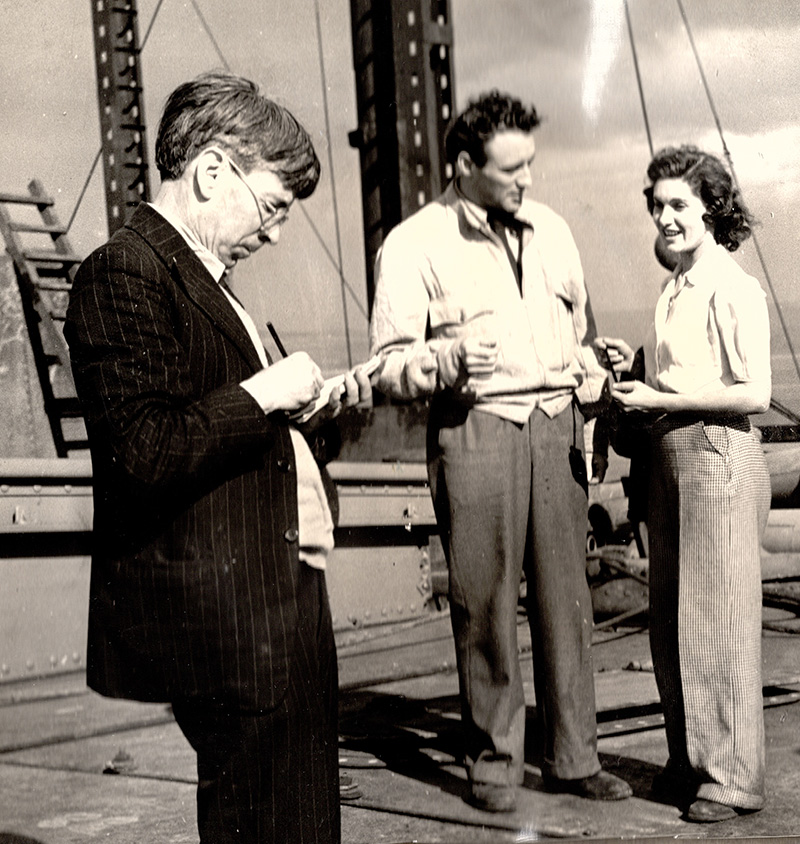 That’s Spencer in the foreground (I don’t know who that is standing next to Craigie). Here they are again: 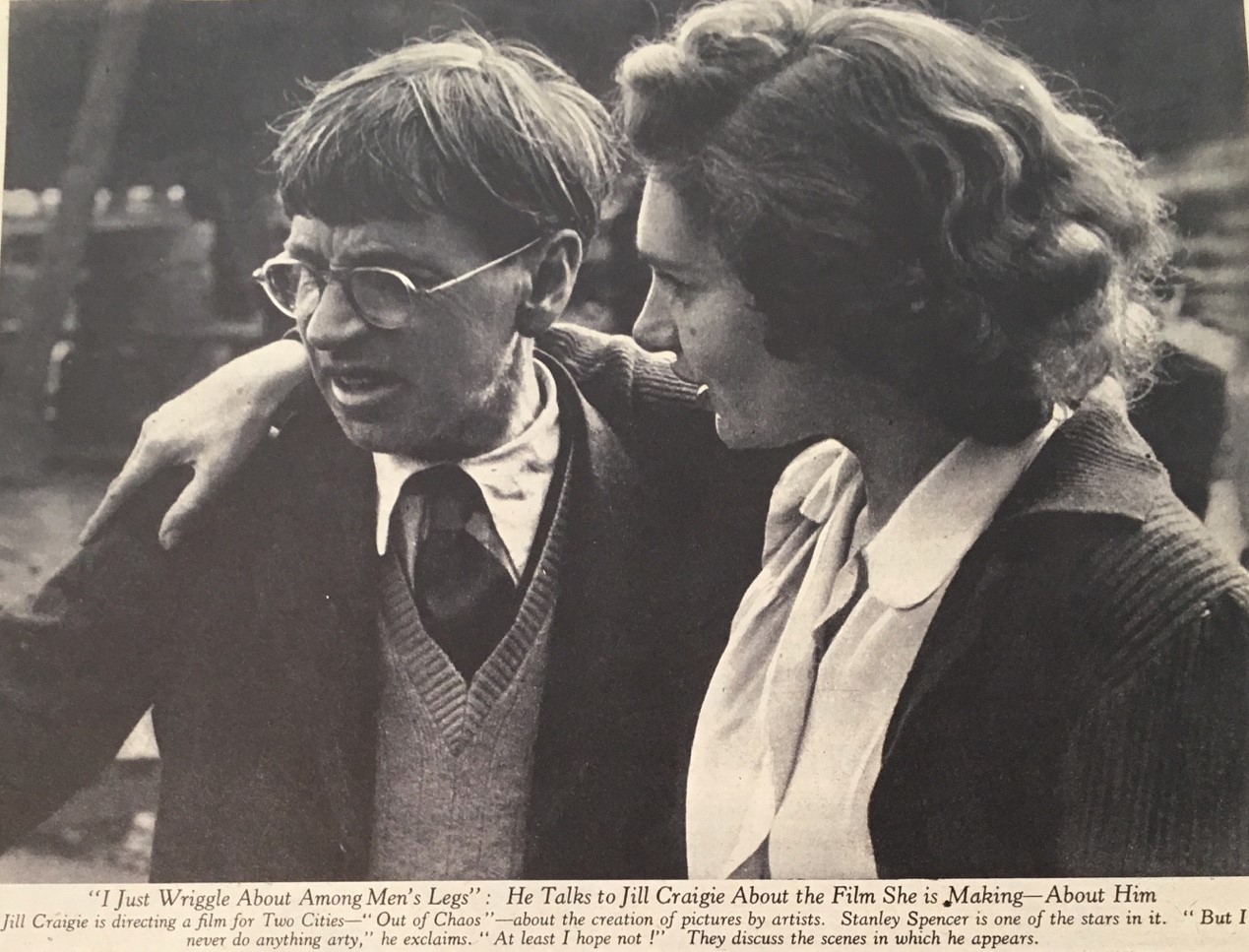 Craigie’s camera follows Spencer as he makes the first sketches for his magnificent  Shipbuilding on the Clyde paintings — and shows those sketches to the shipbuilders. 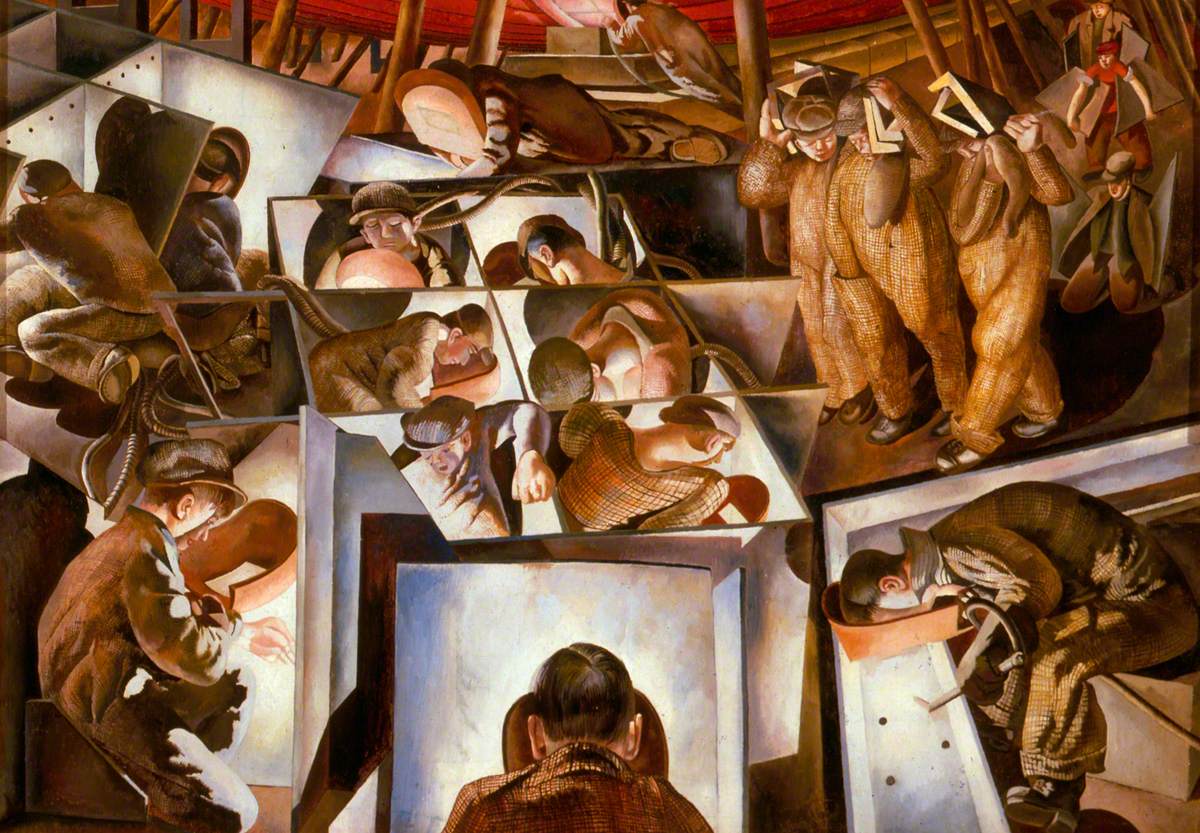 The elfin quickness of Spencer contrasts wonderfully with the calm solidity of Henry Moore, whom we see making sketches for his later-to-be-famous drawings of Londoners during the Blitz sheltering in the Underground. (I think the image below, and most of the scenes of Moore in the film, are re-enactments. In later years he explained that he and his wife had seen these sleepers in the Tube and had been greatly struck by them — the long lines of sleepers reminded him of Africans crowded into slave ships — but out of respect he waited until he was well out of their presence before beginning his sketches.) 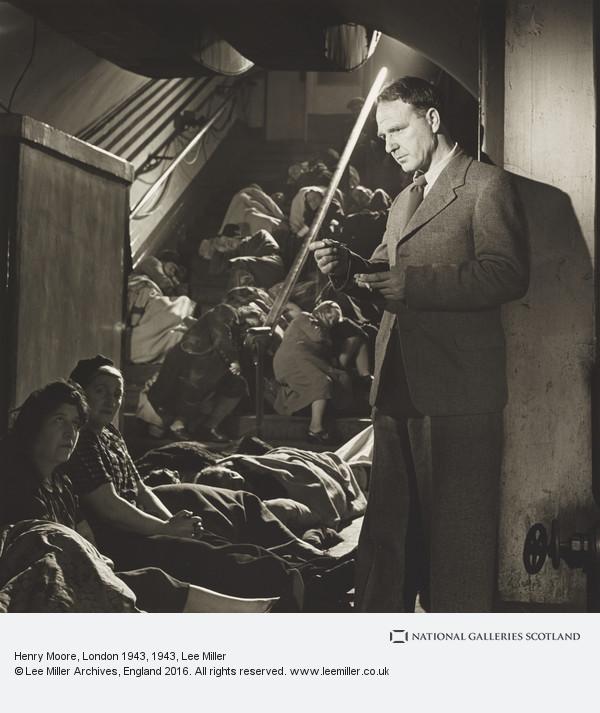 Perhaps the most extraordinary scene in the film shows Moore, first with a wax pencil and then with paint, making one of his drawings: 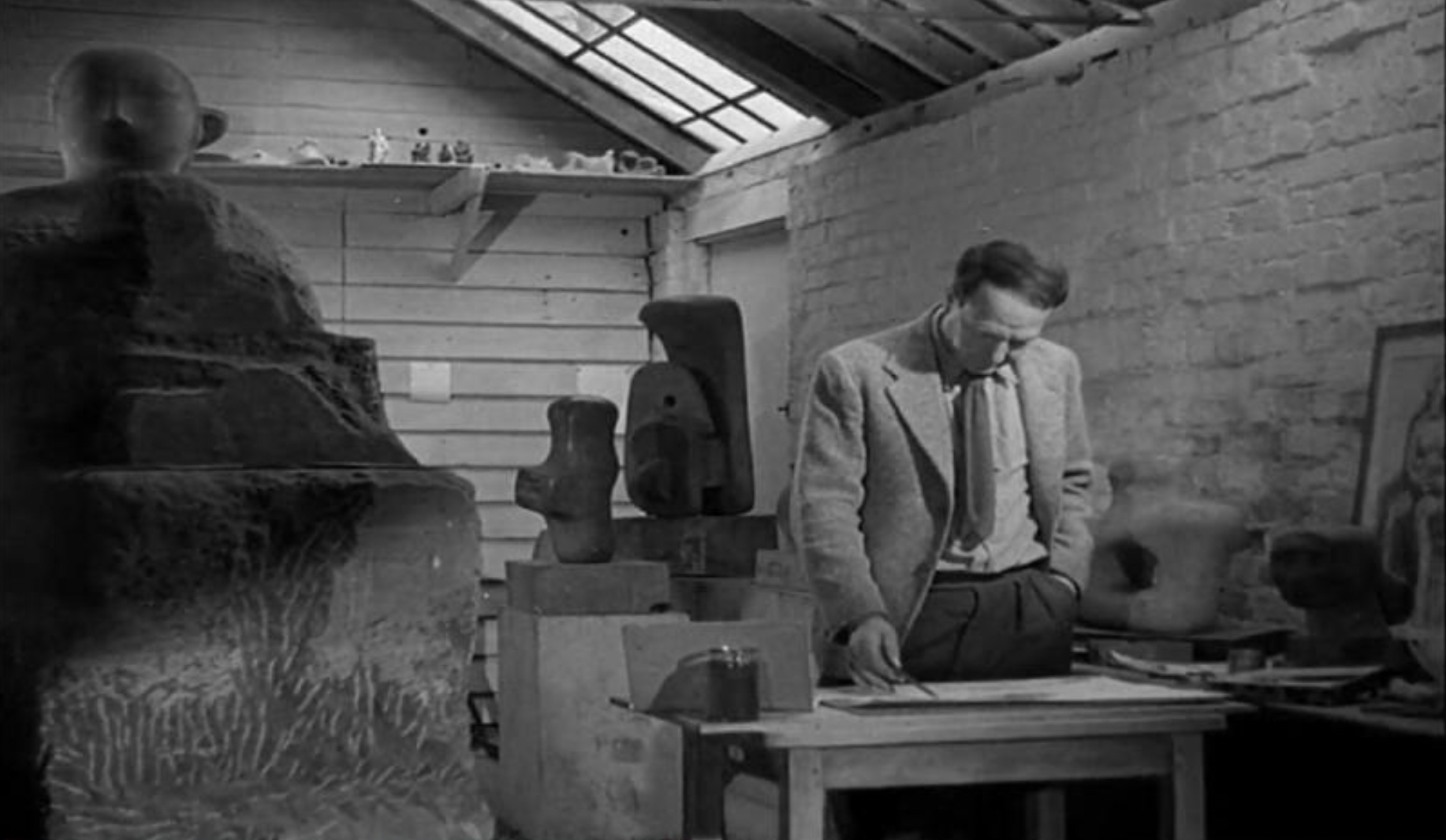 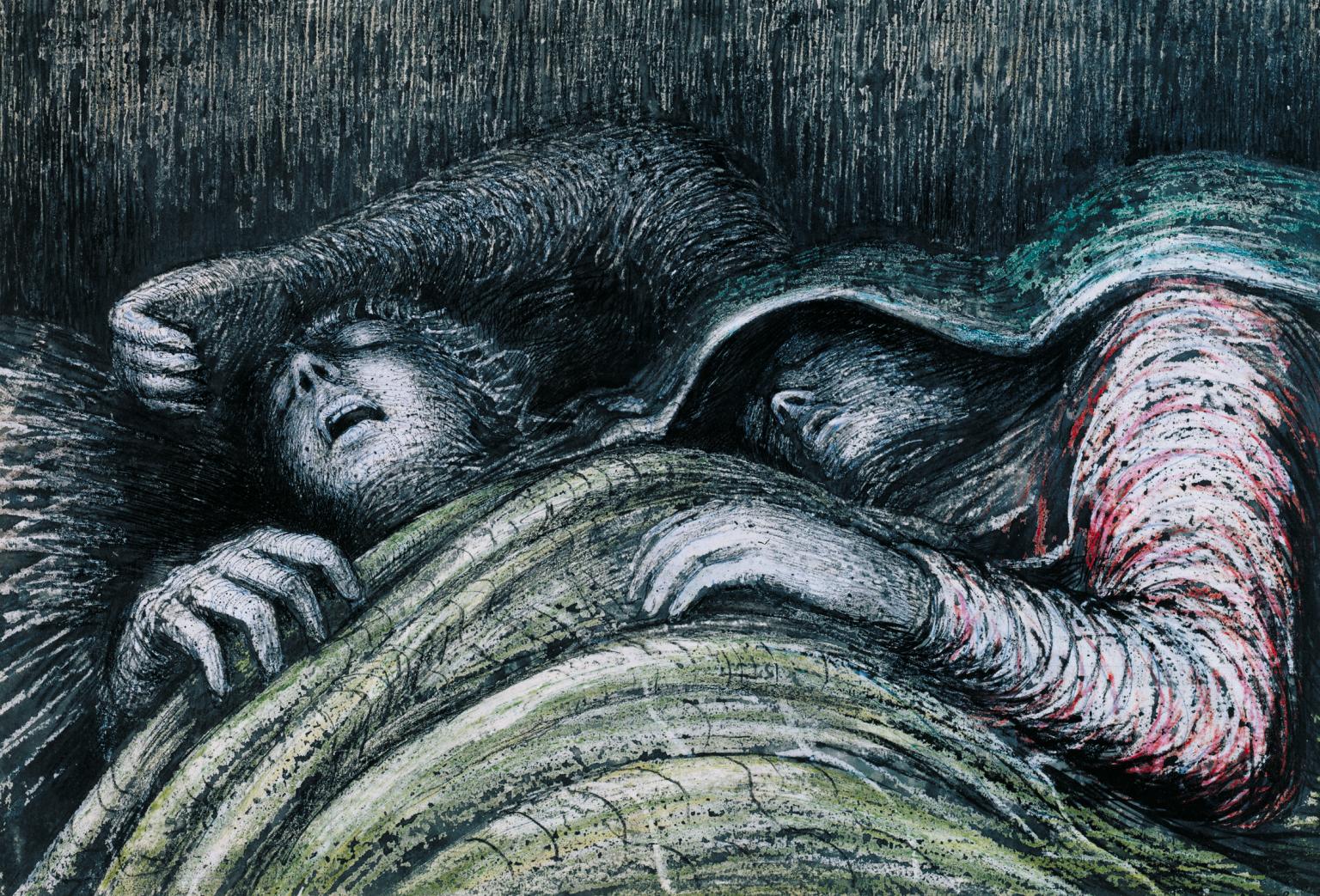 There’s so much in this film — even with all this I have only scratched the surface. It’s a miracle of narrative complexity and compression.

Not long ago a film about Craigie’s life was made — I hope to see it. And to get to know more of her work. 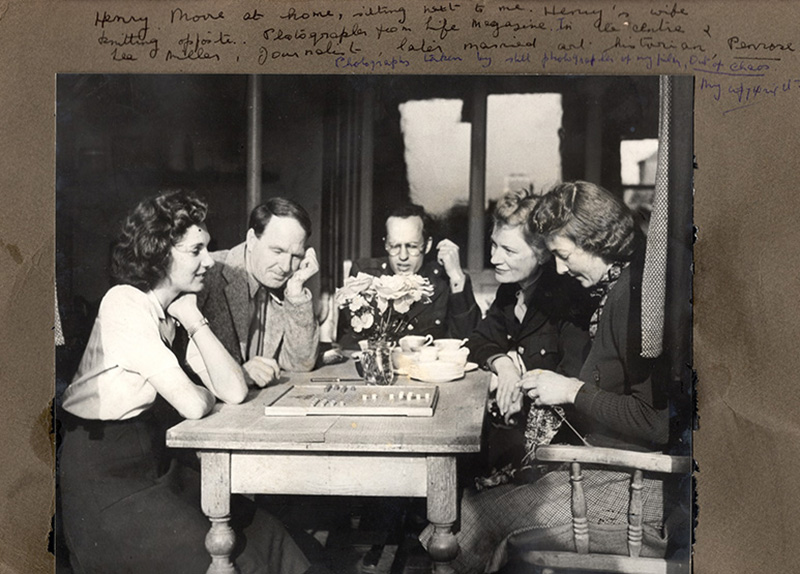